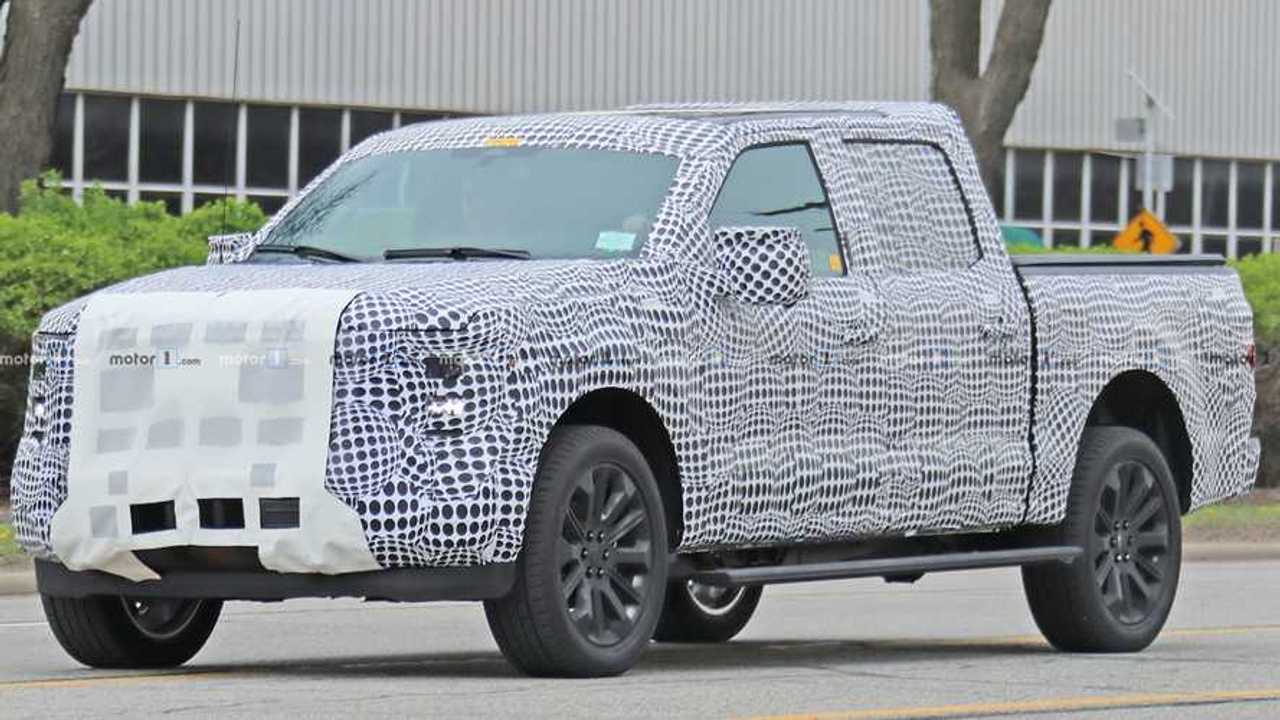 It’s no secret that Ford’s best-selling F-150 is a tremendously important vehicle for the brand. And because the truck has dominated the segment for so long, it comes with little surprise that the next iteration of the F-150 – likely to debut as a 2021 model year – appears to sport an evolutionary look.

Our spy photographers caught the next-gen F-150 running around the streets of Michigan wearing more camo than a cast member of Duck Dynasty. The truck’s full-body outfit admittedly makes it hard to spot specific details, although, some things are discernable.

Look closely to find an additional piece of camo added to the driver’s door, which is used to cover up what appears to be a dip in the door sill – a character trait that exists on the current F-150, too. This test vehicle wears a set of larger wheels (presumably 22-inch) that are likely to grace the upper trim levels in the family, such as the Platinum. And if you’re wondering what the scoop at the back of the cab is, our best guess is that it’s a roof-mounted spoiler put in place to improve fuel economy. Though, it could also be a piece of equipment used exclusively on test vehicles.

While we’ve yet to capture any clear shots of the interior, we expect Ford to take a better swipe at Ram’s class-leading 12.0-inch infotainment display. As of now, no other competitor has a setup that rivals the Ram’s system. The new Explorer’s vertical screen may preview what’s to come with the next F-150, but we can’t be sure.

An all-electric F-150, as well as a hybrid model, are also currently in development. In fact, we’ve recently seen the electric pickup in development testing, using the current gen’s exterior shell. It’s not confirmed yet, as to whether or not these models will debut with the next generation of the truck.