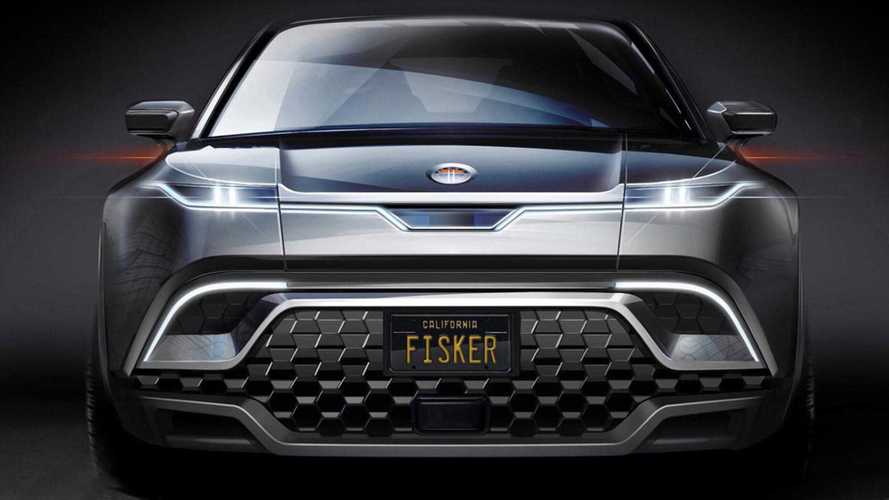 The model doesn't have a name yet, but Fisker aims to launch the crossover in late 2021.

Fisker Inc. offers the first look at an upcoming electric crossover with a projected range of 300 miles on a charge and a base price below $40,000. It should arrive in the second half of 2021. The company also takes the ambitious strategy of following Tesla's lead by setting up stores to sell the vehicle directly to consumers, rather than using the traditional dealer model.

The design features what appears to be quite a tall hood. The fascia includes a closed area with styling that makes it look like a traditional grille. According to Fisker, the inlets in the corners are for sending cool air to areas like the brakes. Thin LED headlights illuminate the road, and there are burly fenders. Judging by this image, the unnamed crossover looks to have an aggressive look that's different from most of the smoothly styled electric crossovers entering the market.

The crossover takes precedence in Fisker Inc's product strategy, so the previously teased Emotion sedan now faces a delay despite an original production target of 2020. Prices are supposed to start around $130,000, and it would have cutting-edge solid-state batteries.

"Our scientists had some major breakthroughs and we are now much more confident in the technology. There are still a lot of hurdles that need to be solved – it’s not an easy task to bring this new technology to mass market. But, we are working hard at it and plan to have in-vehicle test already next year," Fisker told our colleagues at InsideEVs last year.

On Twitter, Fisker reiterates plans to build its new vehicles in the United States but says the company is still looking at several sites. The automaker also wasn't sure about the location during the interview with InsideEVs.