The new Genesis G90 is a proper-looking luxury sedan. Its 2020 makeover makes it meaner with a triangular grille and slim LED headlights, and posher with a fully revamped interior. It should make its way to the States in a few months. But what Americans won't get is the extended G90 limousine, which made its debut in Korea earlier this week.

Here's how the two models compare in size:

Outside of size, not much else has changed. The G90 limo still uses the same 5.0-liter V8, producing 420 horsepower (313 kilowatts). It also has the same all-wheel-drive system, eight-speed automatic transmission, and even the same 19-inch wheels. The standard G90 makes do with two smaller engine options, though: a 3.8-liter V6 and a twin-turbo 3.3-liter V6. 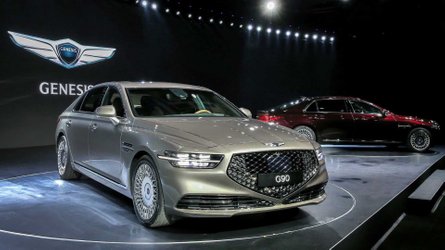 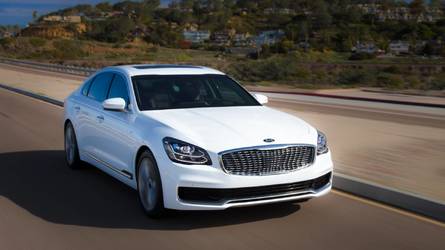