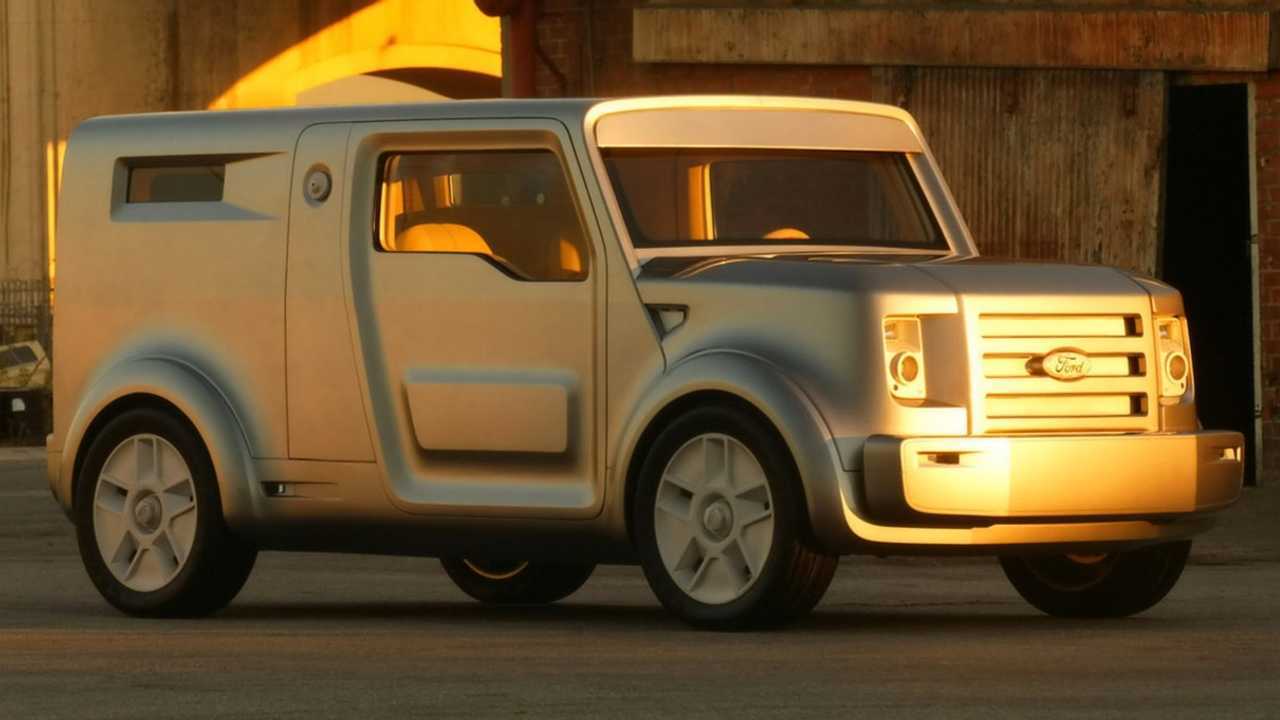 Specs: Based on the Fiesta, Mondeo-sourced turbodiesel 2.0-liter engine with 134 horsepower and 236 pound-feet (320 Newton-meters) of torque, five-speed manual gearbox

Shaped pretty much like a brick and equipped with bulletproof windows, this isn’t your ordinary Ford.

Reminding us of the Scion xB, the rather odd Ford SYNus took inspiration from armored cars for the exterior design and combined the rugged outer appearance with a nice and cozy atmosphere inside. The idea behind the car was to propose a subcompact model for the United States, which eventually arrived four years later when the Fiesta supermini was launched in the U.S. after a three-decade absence.

But while the Fiesta was and is a conventionally styled B-segment hatchback, the SYNus was far from ordinary. Looking like a box on wheels and with visual cues similar to the 2005 Bronco concept, the city-oriented concept attempted to mimic a tiny armored truck. Although in some of the images it looks fairly large, the vehicle was only 4013 mm (158 inches) long and 1760 mm (69 inches) wide.

It sat on chunky 18-inch wheels wrapped in 225/50/R18 tires and had a wider stance compare to the Fiesta upon which it was based. For “nimble, confident handling,” Ford installed a MacPherson strut suspension up front and torsion-beam setup at the rear axle.

The press release said something about the concept having a “secure mode,” which upon activation transformed the cabin into a fortress. There were automatically deployable protective shutters over the side glass and windshield, while the windowless rear hatch was accessible only after using the four-spoke spinner imitating the look of a vault. Those tiny windows on the sides didn’t open and were bullet-resistant.

Even getting inside the cabin wasn’t normal. The B-pillar housed a combination lock shaped like a dial and placed on the driver’s side. Inside, Ford installed “the largest flat screen LCD ever mounted into a vehicle,” measuring a whopping 45 inches. Folding the rear seats and reversing the front ones created sort of like a mobile cinema with an Internet connection. When the SYN was in motion, the display doubled as a giant rearview mirror by grabbing footage from the camera mounted at the back.

You need to see these forgotten Ford concepts: