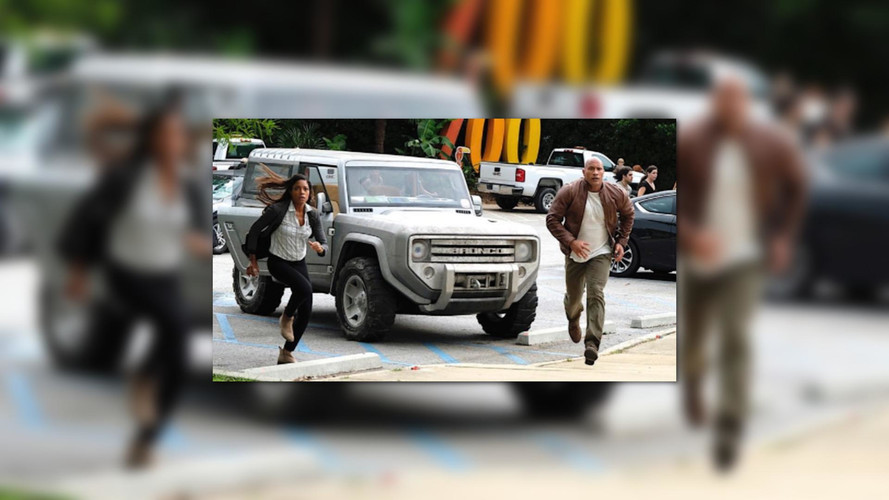 If you hadn’t already heard, Dwayne "The Rock" Johnson will star in the upcoming film Rampage, slated for release in April of 2018. The movie will revive the iconic video game with the same name, which was first introduced in 1986, and saw a triage of giant monsters destroying cities and leaving a path of rubble in their wake.

That said, an action-packed blockbuster such as this calls for an appropriately rugged vehicle to go along with it. Enter the Ford Bronco concept from 2005. The two-door SUV will serve as the 4x4 of choice, and will be piloted by Dwayne Johnson throughout the film, with his co-star Naomie Harris beside him.

An impressive 12 years after the concept first made its debut at the Detroit Auto Show, it still looks like something that could be produced here and now in 2017. Already we know that the Bronco is making its return, though we doubt it will look like much like the concept pictured here. Reports are suggesting it could adopt a similar styling to the European Everest SUV.

See What The Rock Is Doing:

When it was introduced, the Bronco concept was powered by a 2.0-liter turbodiesel inline-four and paired to a six-speed manual transmission. Don’t expect that powertrain to carry over to a production version. We know that the new Bronco will likely use a turbocharged EcoBoost engine with somewhere in excess of 300 horsepower (223 kilowatts).

The Bronco concept's big-screen debut, Ford hopes, will continue to build hype for the all-new model, which is expected to make its debut sometime before 2020, likely at the Detroit Auto Show. Rampage the movie officially hits theaters on April 20, 2018.