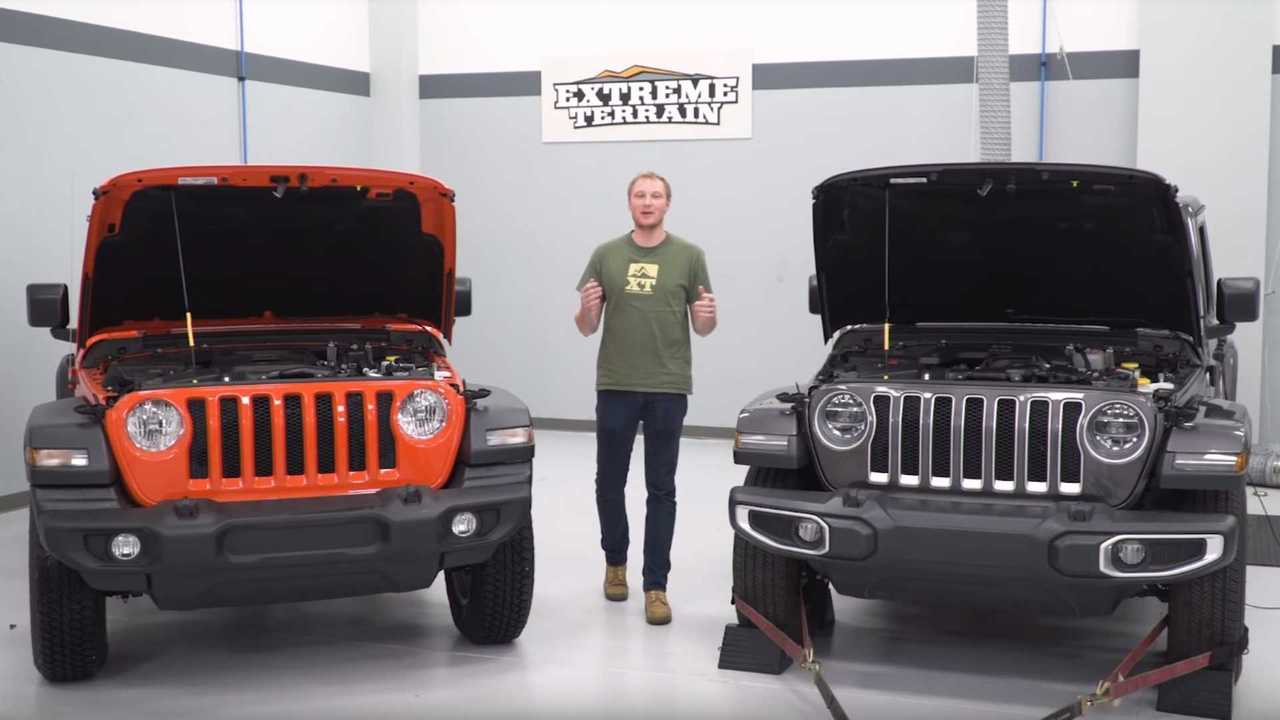 There's quite a sizable difference in the torque figures of both engines.

As you know by now, the 2019 Jeep Wrangler is offered with two gasoline engine choices – a direct injection, four-cylinder 2.0-liter with a turbocharger and the Chrysler's revamped naturally-aspirated Pentastar V6. Buyers of the off-roader are facing a tough decision, especially when you take a quick peek at both of each variant's spec sheet: 285 horsepower and 260 pound-feet of torque for the V6, while the force-inducted mill is at 270 horsepower and 295 pound-feet of torque.

It's all about this iconic model from Jeep:

If you're looking for a stick-shift Wrangler, the decision would be easy as the V6 option comes with a six-speed manual transmission exclusively. Now, if you're up for the eight-speed slushbox, then there's the problem.

Good thing, Extreme Terrain did its own dyno test of the two Wrangler choices to see which one produced more power and torque, as well as analyze the dyno graph of each powertrain. Surprisingly, as seen in the images below, there is quite a difference between each graph.

The torque graph is more interesting, though. The force-inducted powertrain could reach its peak 270 lb-ft torque as early as 3,500 RPM, but there won't be low-end pulling power due to the lack of boost at an early onset. The V6, as expected, provides a more constant torque delivery, with an early pull at 2,000 RPM but reaching peak 223 lb-ft torque at 6,500 RPM. This tells us that although the 2.0L turbo could provide more pulling power, the V6 could implement the pull constantly at any given driving condition.

Watch the video of the dyno test below: