Daimler Has A New Electric Vehicle, But It's Only For China 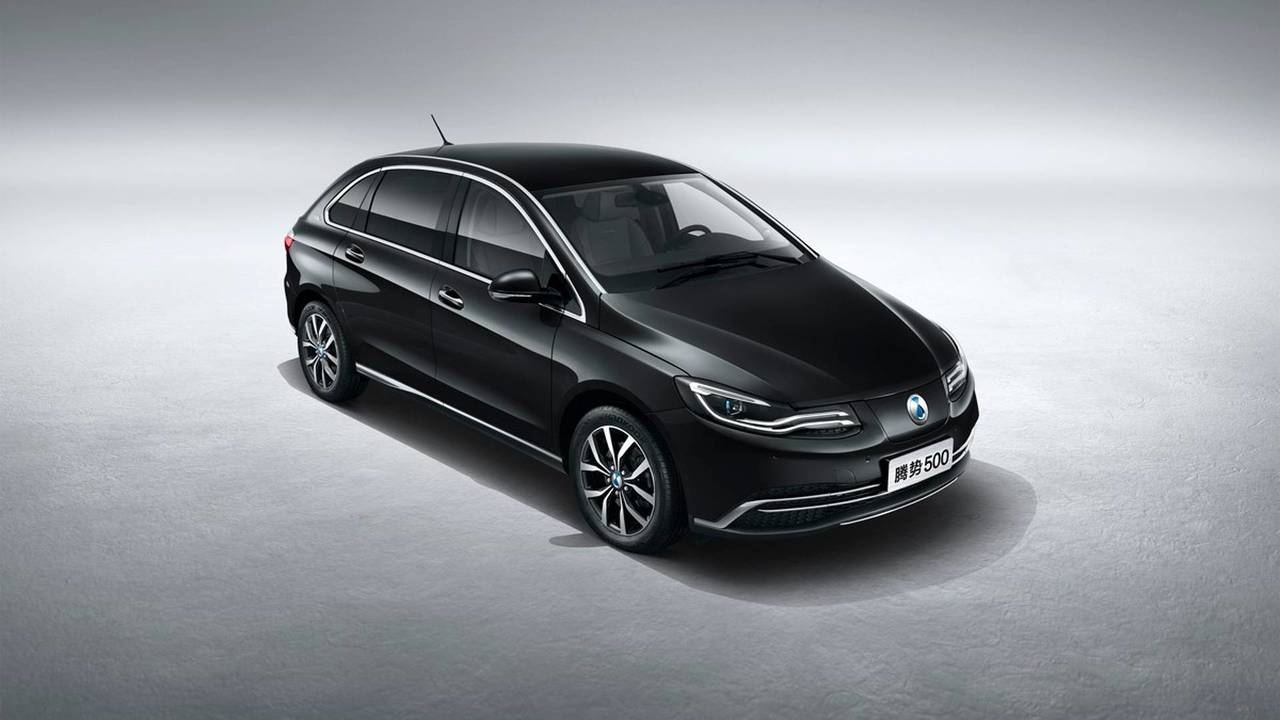 Established in 2011, Shenzhen Denza New Energy Automotive Co. is a 50:50 joint venture between Mercedes’ parent company Daimler and Chinese automaker BYD. In 2014, the two launched a fully electric vehicle called Denza 400 to cater the People’s Republic. Fast forward to present day, the EV is getting a facelift and a new name to reflect its longer range.

Meet the Denza 500, which may look like a five-door hatchback at a first sight, but it’s actually a four-door sedan with a very short rear end. You’ll notice the “Engineered with Daimler Group” badge on the side to denote it benefits from Mercedes’ knowhow as far as electric vehicles are concerned. The refresh has brought a new front fascia eschewing the conventional grille in favor of a body-colored cap in the middle where the charging port is hiding. It’s flanked by the newly designed “tiger eye” LED headlights extending towards the middle to give the sense of a front grille.

At the back, the LED taillights have also been tweaked, but the changes are less obvious. Inside, Daimler and BYD have installed a bigger 9-inch touchscreen for the infotainment system and have bolstered the car’s connectivity features. There’s even a bespoke smartphone app that will inform owners about the location of more than 112,000 charging points across China to get rid of the dreaded range anxiety.

Bigger changes have occurred underneath the skin where a new 70-kWh battery pack has prolonged the EV’s range from the previous 249 miles (400 kilometers) to 310 miles (500 km) based on local testing, hence the Denza 500 name. The NEDC figure stands at 280 miles (451 km), according to the official Denza website.

To make sure it would live up to its Daimler connection, the zero-emissions sedan was tested in a variety of harsh environments, with temperatures of as low as -40 degrees Celsius (-40 degrees Fahrenheit). The boost in range was also possible by making some hardware changes to cut weight.

The DENZA 500 adopts a refreshed and unique exterior design, featuring “tiger eye” LED headlights and rippling LED taillights, while inside sees a larger 9-inch touchscreen. Upgraded connectivity services include charging solutions and the DENZA smartphone application. Via the DENZA application, WeChat account, or car navigation system, DENZA owners can quickly locate over 112,000 charging piles across the country. A new battery and additional weight reductions allow increased energy efficiency, providing an extended range of around 500 km. The new DENZA 500 was tested in a wide range of harsh conditions, including severe winter testing at temperatures of as low as –40 degrees Celsius.

In 2017, DENZA achieved its best sales performance to date, with retail sales volume increasing by 85% year-on-year, outpacing the industry average, thanks to the strong customer reception of the DENZA 400 model. The brand also expanded its reach through selected Mercedes-Benz dealer partners, which now offer sales and after-sales service for DENZA vehicles. Through cooperation with Chinese ride hailing platforms, DENZA has allowed even more Chinese customers to experience the brand’s environmentally-friendly mobility.