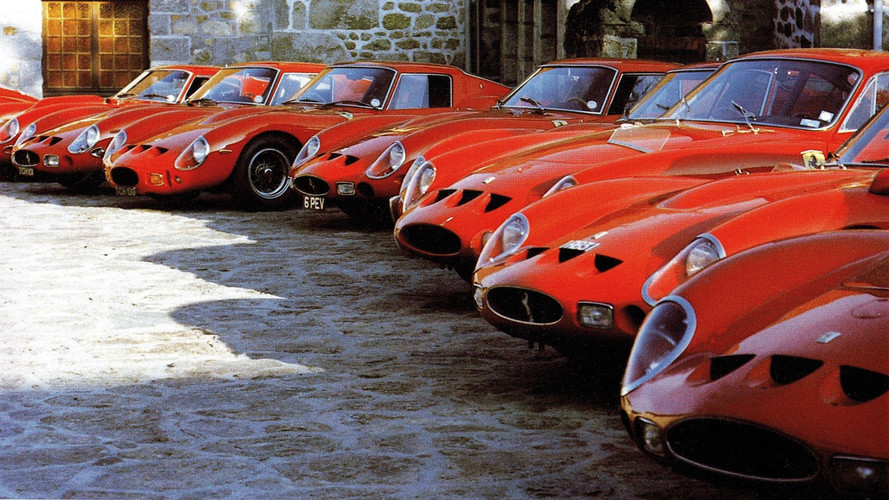 Sergio Marchionne hints that it's a possibility but doesn't fully commit to the idea of bringing the 250 GTO back.

Ferrari could be the next brand to get in on the growing continuation car trend, and it might start with one of the company's most coveted models – the 250 GTO. Given the demand among wealthy buyers for the brand's other limited-run vehicles, there's little doubt that the Prancing Horse would find customers for the entire production run.

"What Jaguar has done with the lightweight cars is clever, but reinventing the 250 is a tough gig, and living off the spoils of the past is a bad habit to get into," Ferrari boss Sergio Marchionne said during the Geneva Motor Show, according to Top Gear. "But there’s definitely a platform there, and hopefully we can show you something in the next few years."

Jaguar kicked off the recent trend of automakers reviving their rare models with its E-Type Lightweight. The production run of just six units sold out, and Jag just kept rolling with the idea. The next project was nine examples of the XKSS. Next, there will be 25 new Jag D-Types on the road.

After seeing the success, other companies have followed Jag's lead. Aston Martin created 25 units recreating the DB4 GT, and the current owner of the AC brand brought back nine examples of the 1962 Cobra. Lister brought back the Knobbly and Costin, too.

Ferrari built only 39 original examples of the 250 GTO – a figure including a handful of later 330 GTO's with the same body but larger 4.0-liter V12. The more common models featured a 3.0-liter V12. Ferrari designed them specifically to excel at racing, but the vehicles were technically road legal. The company built each one by hand, and there were often tiny design tweaks between cars.

Assuming Ferrari could figure out a way to clearly differentiate the continuation cars, they likely wouldn't dilute the value of the authentic examples. Plus, it would mean that someone with less than tens of millions of dollars to spend might be able to experience of these incredible machines.