New Mazda CX-5 to finally get diesel engine in the U.S. 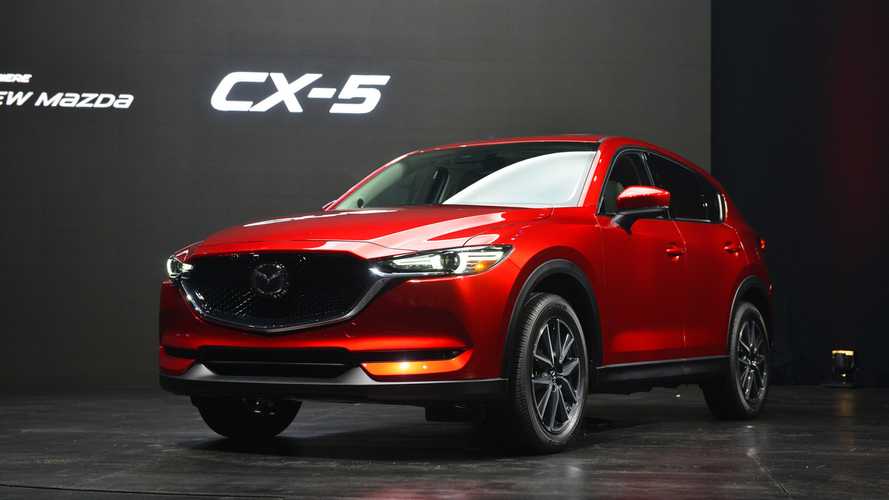 Few details yet, but 2.2-liter turbodiesel will arrive by second half of 2017.

The new Mazda CX-5 will add a diesel engine in the U.S. by the second half of next year, the automaker confirmed today. Though Mazda already sells diesels in Europe, the debut of diesel Mazdas in the U.S. had long been delayed. This will be the company’s first ever diesel in this market.

There are few details on the new engine so far, but Mazda says it will be the company’s Skyactiv-D 2.2-liter turbodiesel inline-four. In Europe, that engine is rated for 147 horsepower (110 kilowatts) and 280 pound-feet of torque (380 Newton-meters) in the outgoing CX-5. The company says the engine has two new technologies, dubbed Natural Sound Smoother and Natural Sound Frequency Control, to help quell the classic clatter and knocking of diesel engines.

Mazda announced plans for diesel-powered CX-5 and 6 models as far back as 2013 but repeatedly delayed that introduction. The company said the engines didn’t meet internal standards for driving performance, and also said that added scrutiny of diesel in the U.S. – thanks, Volkswagen – further delayed production. But earlier this year, Mazda reversed course and said diesel was on the way for the American market, though we heard that wouldn’t happen until 2019.

With the introduction still nearly a year off, it’ll be some time until we know more details on the Mazda CX-5’s diesel engine. That said, Mazda promises “a torque-rich driving experience” and says the model will become “one of the most fuel-efficient vehicles in its class.”

Mazda Motor Corporation announced at the Los Angeles Auto Show* today it will offer the SKYACTIV-D 2.2 clean diesel engine in the all-new Mazda CX-5 for North America from the second half of 2017. It will be Mazda’s first diesel engine model in the North American market.

The SKYACTIV-D 2.2 to be fitted in the all-new CX-5 for North America provides a torque-rich driving experience and revs freely to high RPMs. It will meet the region’s strict emission standards and make the all-new CX-5 one of the most fuel-efficient vehicles in its class. The engine also adopts Natural Sound Smoother and Natural Sound Frequency Control, proprietary technologies that reduce diesel knock for a quieter and more pleasing sound.

By providing driving pleasure and outstanding environmental performance to all customers, Mazda aims to enrich people’s lives and become a brand with which customers feel an emotional connection.