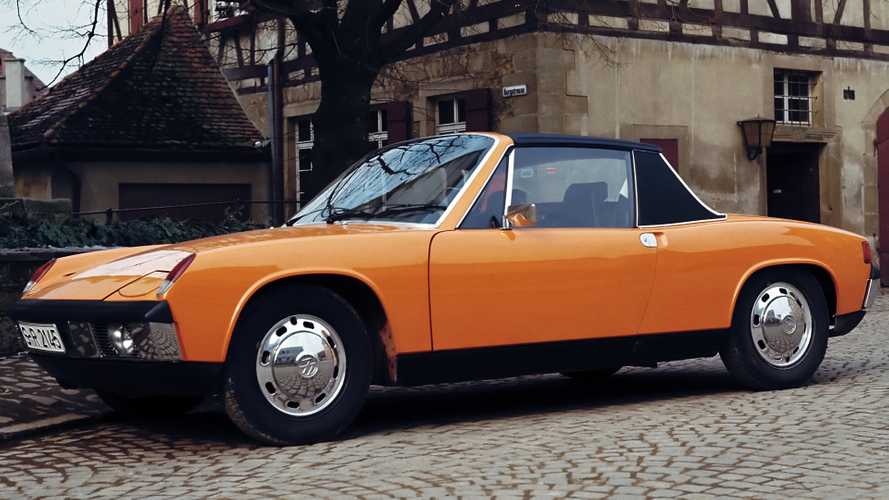 Born from the love of VW and Porsche, the 914 is not your typical sports vehicle.

From the ashes of the Soviet Bloc, many European nations rose as democratic countries after four decades of Cold War. The case is similar with our Soviet Bloc Cars Were Weird series, which is now gone for good and will be succeeded by a more global topic – the Worst Sports Cars from all manufacturers and from different eras.

We are kicking off our new weekly series with probably the only Porsche model in the history of the company that has always received strongly polar opinions - the affordable 914. The love/hate perception has always been strong with this car and here are the reasons why.

The 914 was the lovechild of Volkswagen and Porsche, and was a mid-engined, targa-topped, two-seat roadster mostly with Porsche badges.

Production started in 1969 at two plants – one in Stuttgart-Zuffenhausen and one in Osnabruck, Germany. The last example rolled of the assembly lines in 1976 with a total of 118,978 cars manufactured.

The 914 was a compact car with mid-engine layout weighing a smidge over 2,000 pounds (907 kilograms). Power from the boxer motors was channeled to the rear wheels through a five-speed manual gearbox. The car sat on independent suspension and had a sexy targa roof.

At least on paper, this was a pretty impressive package for the late 1960s and the early 1970s, especially for a relatively cheap car. The design was conservative, but the car featured two trunks and was priced at about $3,500, which equals to about $20,000 in today’s dollars. You can’t buy a proper Volkswagen for that money nowadays, let alone a Porsche.

So, what was the problem? While it handled perfectly on curvy roads, it was far from being sharp on acceleration. Standard 914/4 versions had four-cylinder, air-cooled engines with the most powerful of them being a 2.0-liter flat-four motor with fuel injection, generating 101 horsepower (74 kilowatts). However, the most popular choice was the 1.7-liter unit from the Volkswagen Type 4, which was far from being a performance engine with its 80 hp (59 kW). Despite its low weight, the car needed at least 13 seconds to reach 60 miles per hour (98 kilometers per hour). Not that impressive for a sports car, even in the 1970s.

There was a marketing problem, too. Ferry Porsche and Volkswagen executive at that time Heinz Nordhoff signed an agreement, which said the sporty car would be offered with both Volkswagen and Porsche badges. Things got complicated when Nordhoff died on April 12, 1968, and his successor Kurt Lotz decided to bring the VW-Porsche 914 name.

Here comes another issue, probably the biggest one – who would buy a Porsche with such major input from Volkswagen? Is this a real Porsche? The perception of a VW product combined with some quality issues led to critical ratings from the motoring press, and a bad reception from fans. Porsche reacted with a more powerful six-cylinder 914/6 version, but this one was quite expensive and priced very close to the superior 911.

But every medal has two sides and the 914 has many passionate fans around the world. Motor1 editor Chris Bruce is definitely one of them and he has so many reasons why this sporty roadster is not one of the worst sports cars in the history of the automotive industry. Here are some of them:

"The Porsche 914 doesn’t deserve to be anywhere near a list of the worst sports cars ever made. They’re light, nimble little roadsters that are perfect for a curvy road. However, I can see why the model could seem unimpressive on paper. Other than the examples with the 911-sourced flat-six, the engines struggle to make even 100 horsepower (75 kilowatts). Keep in mind the little two-seaters tip the scales at just over 2,000 pounds (907 kilograms), so they don’t need much power to get around.

In addition, most examples of the Porsche 356 and 912 have very similar flat-four powerplants, but we don’t hear the same complaints about them being anemic. With air-cooled Porsche prices growing into the stratosphere, the 914 remains a way to experience one relatively affordably and comes with the added bonus of open-top motoring."