Quite a lot, actually.

Even though the popularity of sedans has taken a massive hit due to the continuous rise of SUVs, luxury automakers can’t simply give up on the once traditional body style. There’s still a significant segment of the market not interested in paying more to have marginally better visibility and ground clearance without basically any other real benefits over a sedan.

Mercedes still has full confidence in the sedan business, offering a variety of models as small as the A-Class Sedan and CLA compacts to the S-Class luxobarge. Its range topper will switch to the next generation in a few weeks, so we’ve decided to gather all the official details released so far to ease the wait.

It’s the quintessential flagship sedan, having been around for decades during which it introduced many innovations in areas varying from comfort and safety to performance and technology. The W223 will follow the same path by heralding new tech that will trickle down to lesser Mercedes models in the years to come.

Riding on a second-generation MRA platform, the new S-Class will be available in standard, long, and extended wheelbases, along with Benz, AMG, Guard, Maybach, and Pullman flavors. The S-Class Coupe and Convertible will not be renewed as the three-pointed star will replace them with the next generations of the AMG GT Coupe and SL.

The standard-wheelbase S-Class will measure 3106 millimeters (122.2 inches) between the axles, resulting in a stretch of the wheelbase of 71 mm (2.8 inches) compared to the outgoing W222 model. The LWB variant will add 51 mm (2 inches) for a total of 3216 mm (126.6 inches) in a car that will be “considerably lighter” than its predecessor by using “nearly 60 percent aluminum content.” That’s according to S-Class chief engineer Jürgen Weissinger in a recent interview with Autocar. 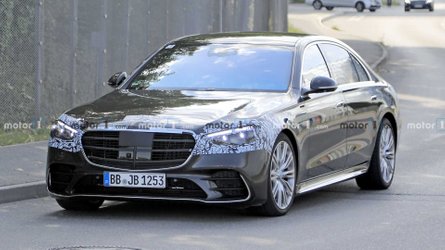 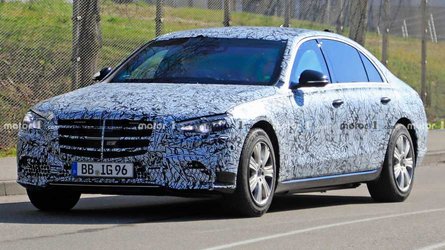 If you’re worried the extra footprint will make the S-Class harder to maneuver around town, don’t be. While rear-wheel steering has been around since the 1980s, Mercedes has developed an evolution of the system that will steer the rear wheels by as much as 10 degrees. It will translate to a two-meter reduction of the turning circle compared to today’s 10.2-meter radius of the standard-wheelbase S.

Rear-wheel steering is ideal not just when you’re tackling tight spaces, but also at higher speeds by improving handling and stability. Weissinger says “it really is a game-changer,” adding the new S-Class’ turning circle is better than that of the aforementioned A-Class. As with other systems, it steers the rear wheels in the opposite direction to the front ones while the car is driven at low speeds and in the same way – but not more than 1.7 degrees – at higher speeds.

Mercedes’ designers have never really rocked the boat whenever the S-Class switched to the next generation and it’s not going to happen with the W223. The exterior will be more of the same, save for the horizontally positioned taillights extending onto the trunk lid and the electronic pop-out door handles.

Countless spy shots and Mercedes’ own teasers have previewed a familiar look for the fullsize luxury sedan on the outside. However, there’s more than meets the eye as a variety of aerodynamic tweaks have allowed the German prestige brand to create the most aerodynamically efficient sedan in its segment, with a drag coefficient of only 0.22. That will obviously pay dividends in fuel economy, helped by the sleeker side profile after installing flush door handles.

It’ll be an entirely different story with the interior as the cabin – especially the dashboard – will be revamped. It has already been pretty much revealed, complete with up to five screens and 27 fewer conventional controls. The main attraction will be the 12.8-inch touchscreen mounted on the center console, while the head-up display with augmented reality will represent an industry-first.

Taking into consideration the already announced stretched wheelbases, expect stellar legroom for passengers relaxing in the back. Additional details and images regarding the interior will be released by Mercedes on August 12 when we’re expecting to see the cabin in full with all of its creature comforts and high-end amenities.

What's Under The Hood?

Just about everything you can think of. From small four-cylinder engines for countries with high taxes on large-displacing engines to straight-sixes, V8s, and the majestic V12 reserved for the Maybach. The version carrying the double M logo will combine the twin-turbo 6.0-liter engine with 4Matic all-wheel drive for the very first time.

While the EQS will take the role of Daimler’s flagship EV, the S-Class W223 will be electrified as well. A plug-in hybrid variant badged “S580e” has already been announced and it will combine a straight-six 3.0-liter turbo engine with an electric motor and a GLE 350de-sourced 31.2-kWh battery pack for an electric-only range of 62 miles (100 kilometers), likely per WLTP.

As revealed in a video from Auto Motor und Sport, the S580e will offer a combined output of 375 kW, which works out to 503 horsepower. The German magazine also spilled the beans about the straight-six 3.0-liter diesel in the base European model, which will likely be the bread and butter while offering 282 horsepower and 600 Newton-meters (443 pound-feet). 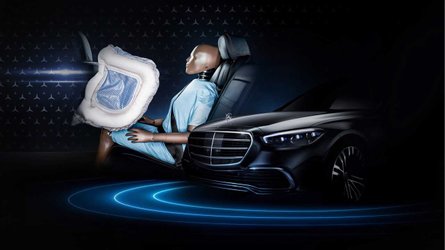 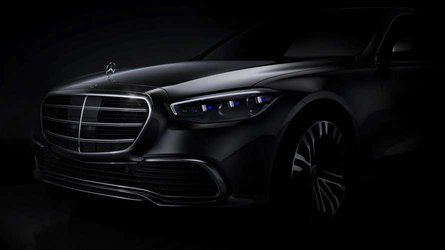 In the “most modern automobile production halls in the world.” These are the words used by Mercedes to describe its new Factory 56 plant in Sindelfingen, Germany. The 220,000-square-meter (54.36-acre) facility will serve as the S-Class W223’s home as well as other high-end models coming later this decade, including electric EQ vehicles.

Given the extensive tech infusion, chances are the new S-Class will be more expensive than its predecessor. In domestic market Germany, the W222 in entry-level form is the S350d priced from €89,128 while the most affordable gasoline-fueled model is the S450 from €96,552. In the United States, the base S450 starts at $94,250.

September 2 will be the day when Mercedes will officially unveil its completely overhauled flagship car. Its auto show debut is unknown as the coronavirus pandemic has canceled car shows left and right. The main event of the Paris Motor Show in October has been canceled, so in a best-case scenario, we'll see it at the Los Angeles Auto Show in the second half of November provided it's still happening.