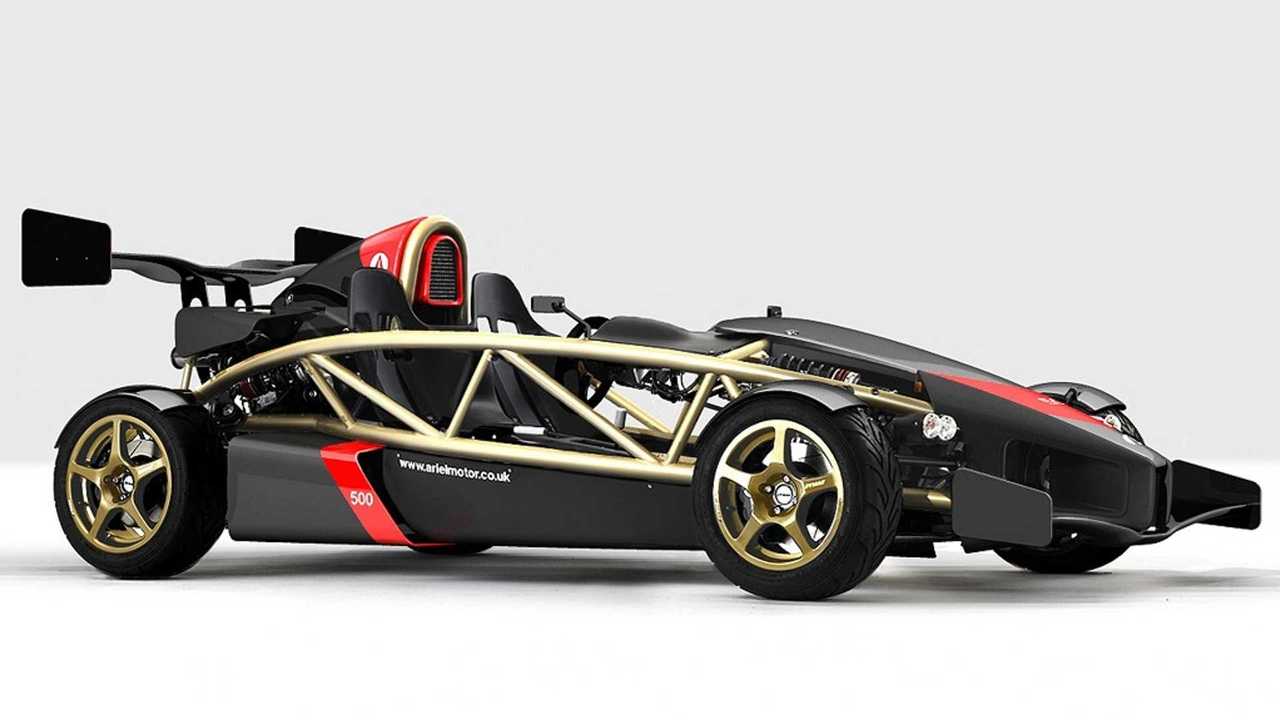 Bonkers From The Beginning

The original Ariel Atom debuted in 2000. With a Lotus-tuned chassis, a 1,349-pound (611-kilogram) curb weight, and a 300-horsepower (223-kilowatt) engine, enthusiasts everywhere celebrated the open-top sports car for its agility and speed. But the original Atom was just a jumping-off point; Ariel built (and continues to build) multiple variants of the Atom at their U.K. facilities. None of them, though, were more impressive than the V8-powered Atom 500.

The Ariel Atom 500 shed the standard version's tiny four-cylinder for a V8 instead. The 3.0-liter flat-plane crank engine built by Hartley produced a whopping 500 hp (372 kW) and 284 pound-feet of torque when new, power routed through a six-speed sequential gearbox. With an extremely light curb weight of around 1,200 pounds (550 kilograms), the Atom 500 could sprint to 60 miles per hour (96 kilometers per hour) in a hypercar-rivaling 2.3 seconds. The company benchmarked the car against the then world's fastest, the Bugatti Veyron. And beat it.

"In 10 years time you might not be able to do this sort of thing anymore," Ariel boss Simon Saunders said in a 2010 Evo interview. "We'd go slightly further; it's hard to believe the Ariel Atom V8 is permitted to exist right now."

Soaking Up The Spotlight

Enthusiasts and reviewers alike loved the Ariel Atom V8. But the V8-powered Atom achieved its spot in the limelight on a popular episode of the BBC program, Top Gear. In January of 2011, the V8-powered Atom set a record lap around the Top Gear test track of 1:15.1 seconds. At the time, it was the quickest are ever around the circuit. It took two years for another car to dethrone the Atom; the Pagani Huayra lapped the course in 1:13.8.

Today, the V8-powered Atom is no more. The company built the Atom 500 in extremely limited numbers each at a cost of around $200,000 when new. But, the Atom as a whole lives on. Ariel still builds the street-legal track toy alongside the off-road-focused Nomad and its Ace motorcycle.