Should You Lease Or Buy Your Next Car? 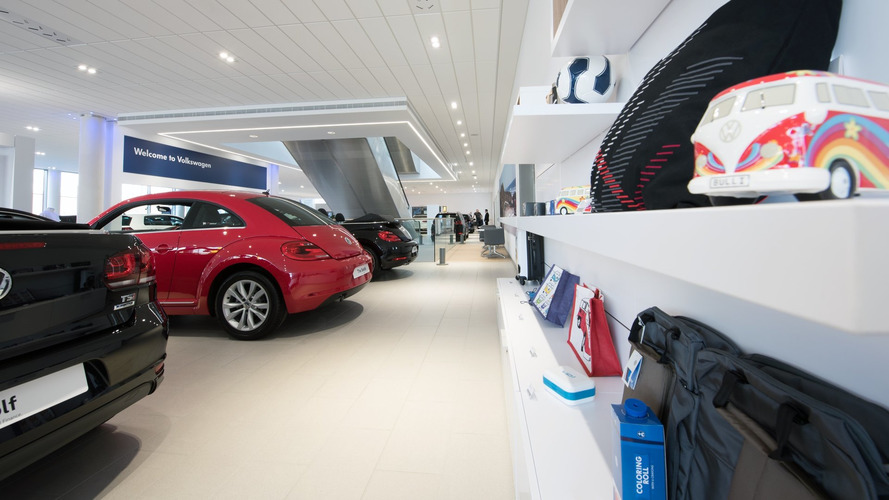 It's the one question you should answer before shopping for a car: Are you Team Lease or Team Buy?

It’s becoming tougher for ordinary people to afford a new vehicle now that average sales prices are around $35,000, which is one reason why new-car leasing – once limited to businesses and wealthy luxury-vehicle buyers – now accounts for over 30 percent of all transactions. With leasing, down payments and monthly payments are generally lower than with traditional financing; according to Experian Automotive, consumers spent an average $405 per month to lease their vehicles in 2016, versus $495 for those who financed a new-car purchase. Automakers also love leasing as it brings new customers back to dealerships with clock-like regularity and helps dealers maintain an inventory of recent-model used cars.

Leasing is more or less an extended car rental in which a consumer pays to use a vehicle for a specific period, which is usually two or three years. Payments are based on the difference between a vehicle’s transaction price (its “capitalized cost” in leasing lingo) and what the car or truck is estimated to be worth at the end of the lease (the “residual value”), financed at the going rate of interest (which may also be called a “lease rate,” “lease charge” or “money factor”). This is why leasing tends to favor models having the highest resale values. Upfront costs typically consist of the first month’s payment and what’s called a “capitalized cost reduction,” which is a fancy term for a down payment that can run as high as several thousand dollars.

However, automakers and leasing companies can manipulate certain elements of the agreement to help sweeten the deal on a given model. Called “subventing” a lease, this often involves subsidizing a lower interest rate, artificially inflating a vehicle’s residual value, or offering bonus cash to lower the required down payment or monthly outlay.

At the end of the term, the lessee (that's you) can simply return the car or truck to the dealer without having to worry about trading it in or selling it to a private party. This arrangement tends to favor those who like to change their vehicles with the same frequency as their mobile phones, or who anticipate life changes down the road (like having children) that would warrant obtaining a different car. At the end of the lease you can either buy the vehicle for a price that was predetermined in your original contract, which may or may not be a good deal depending on its resale value at the time, or return it.

Aside from cash-strapped consumers, leasing can be especially beneficial to those who can claim their car or truck as a business expense, since most leasing charges attributed to professional purposes can be deducted on a dollar for dollar basis instead of a per-mile-driven amount. (Be sure to consult a tax advisor before proceeding, however.)

Unfortunately, leasing is not without its dark side. For starters, leasing virtually guarantees you’ll be making perpetual car payments. Since you don’t own a leased vehicle, you never build any equity in it that can be leveraged later for a down payment on your next car or truck or recouped by selling the car to a private party. If you want to lease (or buy) another vehicle, you’ll have to come up with the preliminary costs all over again.

Leases come with strict mileage limitations, which usually run from 12,000-15,000 miles per year.

Leases also come with strict mileage limitations, which usually run from 12,000-15,000 miles per year. Check the fine print of some particularly affordable lease deals and you might find this annual limit to be 10,000 miles or less (newer vehicles returned with fewer miles on the odometer are worth more and usually require less reconditioning). If you exceed the total allowed miles when returning the vehicle, you’ll be assessed a penalty that’s usually between 15 and 30 cents per mile. That means a lessee turning in a vehicle with an extra 10,000 miles on the odometer would be required to pay $1,500-$3,000 at the end of the term. However, if you know you’ll be putting on additional miles, you can usually purchase them in advance at a discounted rate or simply negotiate a lease that grants a higher mileage threshold in the first place.

On the other hand, consumers who drive only a modest number of miles per year, such as those working from home or taking public transportation for their daily commute, may find that leases with lower annual mileage allowances deliver the most value. After all, there’s no point in a lessee paying for far more miles then he or she will ever use. Still, this amounts to what could be a costly crap shoot and it may be worth it to err on the side of caution here.

Leased vehicles must also be returned in excellent condition.

Also, think twice before leasing If you (and/or your family) tend to be particularly hard on a car or truck. That’s because leased vehicles must be returned in excellent condition, without dents, deep scratches, window cracks, or torn/stained upholstery, and with all accessories in good working order; otherwise you’ll be assessed costly “excessive wear and tear” fees.

What’s more, you might want to go the traditional ownership route if you’re uncertain about your financial future. Auto leases are binding for the entire length of the agreement, and they’re usually difficult and/or expensive to terminate, even if one loses a job or goes through a divorce and can’t make the payments. Traditionally, those who want to get out of a lease early are either required to lease another vehicle and have the first contract “bought out” as part of the deal, or be assessed a prohibitively hefty termination fee. Fortunately, companies like Swapalease.com and LeaseTrader.com have established online marketplaces in recent years through which consumers can transfer their leases to other parties seeking short-term vehicle leases.

As they say, the devil is in the details, so be sure to read the contract thoroughly and ensure you fully understand a lease agreement’s terms before putting your signature to paper. Federal regulations require certain facts to be disclosed on lease agreements, including the capitalized cost, interest rate, up-front fees and taxes, the vehicle’s residual value, and the amount to be depreciated. Be sure to check for mileage limits and penalties and look for a detailed description in the contract of what constitutes excessive wear and tear.

Note that unless otherwise specified, advertised lease deals are usually for base models in a given car or truck line; adding options and/or choosing a higher trim level will result in higher monthly payments. At that, know that virtually every aspect of a lease is open to negotiation, and that includes a vehicle’s transaction price. Haggling the out-the-door cost below the manufacturer’s suggested retail price (MSRP) will result in a lower monthly lease payment; you’ll want to try and whittle this down as close to a vehicle’s so-called “invoice price,” as noted in online price guides, as possible (this is actually a few percentage points higher than a dealer’s actual cost). Also, making a larger down payment and/or settling for fewer annual miles allowed will typically result in a lower monthly payment. Conversely, putting less cash down initially and/or allowing more miles per year will tend to drive up monthly payments.

Virtually every aspect of a lease is open to negotiation, and that includes a vehicle’s transaction price.

The lessee typically pays for the sales tax, annual vehicle registration fees and taxes, maintenance, and insurance, sometimes along with a nominal “acquisition fee,” and other costs. All this should be spelled out in the contract, but confirm which may be included in your monthly payments and which you’ll have to pay separately. If it’s not already included in the lease package, you will be offered “gap insurance” (it stands for “guaranteed automobile protection”) which will cover the remainder of your lease payments if your leased car is stolen or totaled in a wreck.

Finally, keep in mind that the lowest advertised lease rates are typically available only to so-called “well-qualified lessees” having top credit scores who represent the lowest risk. Those who have lower FICO scores, but still have sufficient income to qualify, could be charged a higher interest rate, be subject to a larger down payment, and/or be required to post a refundable security deposit, all of which would translate into higher monthly payments.