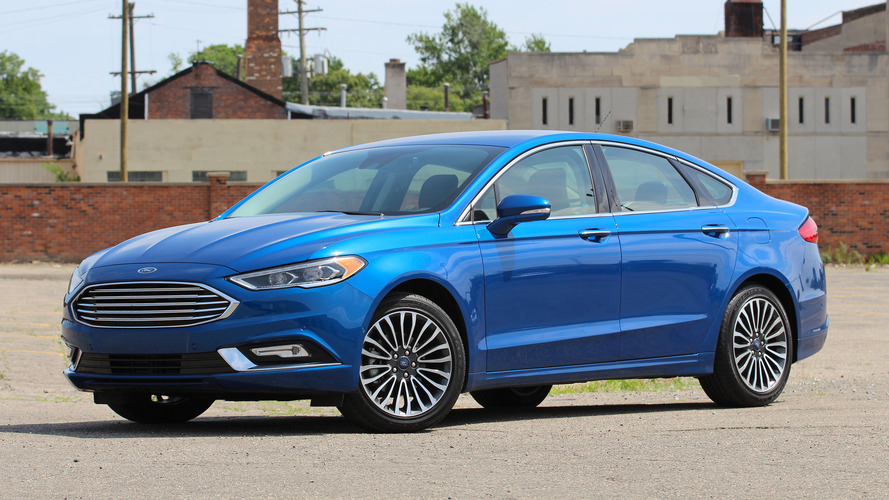 There’s plenty to like, so long as you don’t sit in the back seat.

The Ford Fusion is a hometown favorite around here. So many are on the roads in southeast Michigan that you’re forgiven for thinking Ford’s midsize sedan outsells the Honda Accord, Nissan Altima, and Toyota Camry (it doesn’t). Blue Oval worship aside, there are good reasons for the Fusion’s popularity. For starters, there’s a Fusion to meet every need: Cheap S, fully loaded Platinum; front- or all-wheel drive (more on that later); even Hybrid and Energi variants for the eco-minded. The Fusion has also always been one of the class’s best-driving entries, a pleasant reminder that everyday cars need not necessarily be snoozers.

The 2017 Ford Fusion brings more of the same in a fresh wrapper. The much-lamented, curmudgeonly MyFord Touch infotainment system has been evicted, the fascias and sheetmetal have been nip-tucked, and a super-cool rotary shifter headlines the redesigned interior parts. Put it together, and there are as many reasons as ever to like the Fusion.