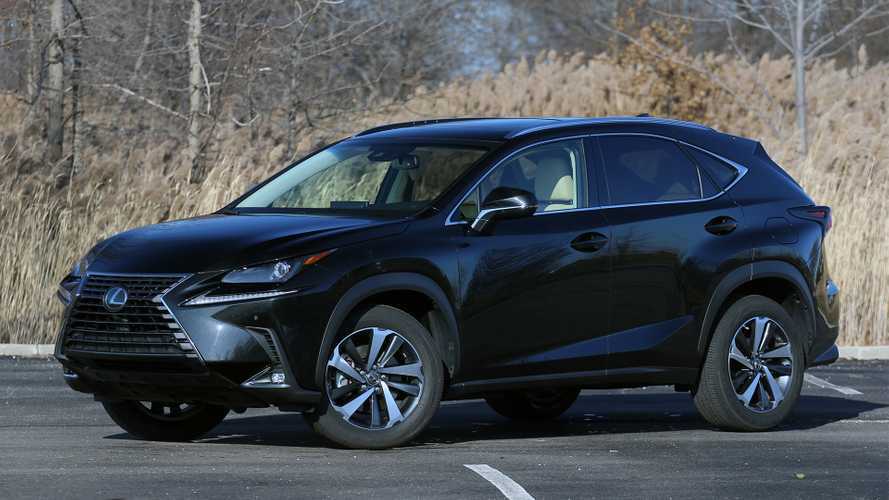 The compact crossover market remains the most important in the industry, as customers continue to clamber for high-riding wagons. And especially among the premium ranks, competition is fierce. For newer entries like the Infiniti QX50 and Acura RDX, the going is easy, as they're still new and interesting.

For an aging example like the Lexus NX, a refresh is the key to keeping consumers interested. But the updates for model year 2018 are mild. The turbocharged NX 200t morphed into the NX 300, while Lexus opted to leave more substantial changes on the drawing board. Parked alongside last year’s model, it’d be tough to notice a difference between the two cars.

Meanwhile, the changes that really need to happen haven’t. Lexus’ infuriating infotainment system remains, and was the main point of ire among the Motor1.com staff. That said, after spending a week with the turbocharged NX in Detroit and Cleveland and another week with the hybrid model in Miami, the team found the NX a comfortable, composed CUV that fits neatly into the Lexus family.

Like all Lexus products, the NX 300 wears the automaker's hyperbolic design language, and to be honest, it doesn’t wear well on this type of vehicle. Just like with the larger RX mid-size crossover that Lexus sells, the NX features an incredibly long front overhang that not only makes off-roading an impossibility, but could affect this CUV’s ability to get over a large speedbump. But hey, styling is subjective and you may like the NX’s crisp, origami-like creases and Predator-style grille.

Everything else about the NX is very competent for this segment. The turbocharged 2.0-liter four-cylinder engine is snappy and keeps the NX spry around town, the ride and handling are a good balance of comfort and composed, and there’s a decent amount of cargo space that’s only compromised a little by the rakish rear hatch.

For all the good I can say about the NX, though, it suffers from a deal-breaker malady that afflicts every Lexus product: its infotainment system. The Lexus infotainment system, regardless of which vehicle it’s in, is both difficult to use and unpleasant to look at. The trackpad embedded in the center console is a terrible user interface. It should be killed dead and never spoken of again, yet Lexus stands by it year after model year. Likewise, the system’s graphics and speed are ancient compared to competitors; it’s like comparing a vintage Nokia to an iPhone XS Max.

Would I recommend the NX? No, though that conclusion is based mostly on my reaction to the design and distaste for the infotainment system, which might not be applicable to you. It’s a competitive luxury compact crossover by any other measure.

Toyota as a whole is behind the times on turbocharged engines. As Europe embraced forced induction, Japan's biggest automaker went the opposite direction with hybridization. But despite being behind the curve, its limited lineup of turbocharged engines is likable. I especially enjoy Lexus’ 2.0-liter, turbocharged four-cylinder. It’s good in the RC, it’s nice in the IS, and it’s perfectly fine in the NX.

There’s 235 horsepower and 258 pound-feet of torque which, again, is fine. It’s neither the segment’s best nor its worst. The acceleration is adequate, with plenty of pep from low engine speeds, while mid-range power is ample enough to make freeway passing an easy affair. Even the fuel economy is solid, with all-wheel-drive models netting 22 miles per gallon city, 28 highway, and 24 combined. That bests the Acura RDX and Volvo XC60 in all scenarios, although it lags behind the Infiniti QX50 and its impressive variable-compression engine, which nets 24 city, 30 highway, and 26 combined.

But compared to those cars I just named the Lexus NX feels too much like a product of its parent company. It’s like Toyota plucked the switchgear, digital systems, and infotainment operating system from a Camry’s bin and simply attached them to the NX. There's a similar problem for the QX50 and RDX, but there's a real effort to hide their humbler Nissan and Honda roots – it doesn't feel like Lexus made any such attempt. I forget while driving those cars that they share so much with mainstream vehicles, but the Lexus's plebeian roots seem to always be on display.

The Lexus NX is perfectly fine in every respect. Even with the polarizing spindle grille, it's the most inoffensive model in the marque's lineup, and in the F Sport trim, decently attractive. If you're looking for a really competent but not-all-that-flashy luxury compact, it's is a solid option that's supremely comfortable to drive. But it isn't without its faults.

Of the two engines, the hybrid 2.5-liter four-cylinder isn't my favorite. The naturally aspirated, 235-horsepower turbocharged 2.0-liter has a lot more punch, and the hybrid is too lethargic without the class-leading returns of some of its competitors. The 2.5-liter engine gets up to 34 miles per gallon in the city, which is more than enough to deal with its turbocharged competition.

What will frustrate you most, though, is the infotainment, as it did me. This isn't an NX-exclusive problem, either – the entire Lexus lineup needs an infotainment overhaul. The optional 10.3-inch display looks nice, but the mouse-pad controller is frustrating, the baked in Lexus software is clunky and difficult to navigate, and there's no Android Auto. At least there's CarPlay for 2019.