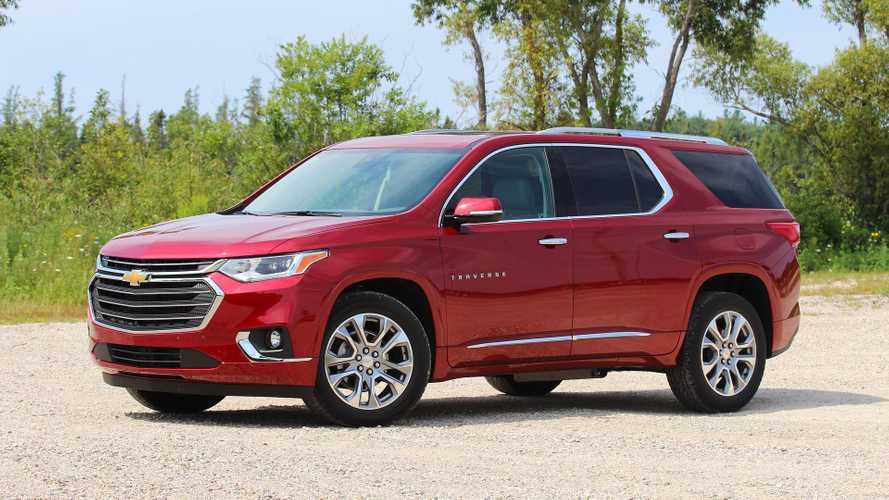 Let me assure you, that this Chevy Traverse road test takes place in Traverse City is only a coincidence. But considering the thousands of tourists and families that vacation in and around Traverse City every summer, the location is actually pretty apt. Three-row crossovers abound, I’m not the only one traversing Traverse in a Traverse this week.

Indeed, the seven-passenger crossover is the family car du jour these days – a big contrast from the fullsize sedans and small minivans that lined the beachfront parking lots of Traverse City two decades ago, when I spent my summers here as a kid. Chevy’s second-generation Traverse doesn’t shake up the three-row formula, but with more features and more space, it’s easier to use and just better to live with.

With more features and more space, the second-generation Traverse is easier to use and just better to live with.

It’s a wonderful companion on my drive from Detroit to Traverse City, a 260-mile trek I’ve completed more times than I can count. The first 160 miles are nothing but flat, dull interstate as you make your way toward mid-Michigan. But once you connect with the tree-lined, two-lane M-115 highway just outside of Clare, things start to get really pretty, the hilly “Up North” splendor on full display.

On boring freeway or pretty backroad, the Traverse’s new 3.6-liter V6 has appropriate oomph: 310 horsepower and 266 pound-feet of torque. It’s enough to get you around a slow-moving semi with ease, and makes it simple for the 4,400-pound Chevy to tackle the occasional steep grade as I climb north to Traverse City. General Motors’ nine-speed automatic is mostly refined and unnoticeable in its action – unlike a 9AT from, say, Fiat-Chrysler, GM’s transmission isn’t constantly jumping between high gears when you’re pegged at 80 miles per hour on the highway.

A 2.0-liter turbo-four will soon be available on the front-wheel-drive Traverse RS, with 255 hp and 295 lb-ft of torque. But honestly, the V6 is so smooth and refined – not to mention the fuel economy champ of the lineup, rated at 27 miles per gallon highway in front-wheel-drive guise – I don’t see much reason to get the smaller engine. The V6 allows the Traverse to tow 5,000 pounds, too.

The Traverse feels downright huge inside, with more head- and legroom than I know what to do with.

This Traverse is just plain easy to drive, with typically light and vague three-row-crossover-spec steering. The chassis tuning is excellent, with a planted, solid ride quality that keeps unwanted body motions to a minimum. I won’t call the drive experience engaging – indeed, on the winding two-lane roads in the Leelanau Peninsula, I’m not really pushing the Traverse in spirited fashion. But this thing drives with confidence and composure, an experience that’s as good as anything else in its competitive set.

Besides, for so many folks, the Traverse is just a get-us-where-we-need-to-go appliance – the family sled and nothing more. Up here in northern Michigan, I’m in a similar mindset, rattling off anecdotes to my copilot as I navigate M-22 between Empire and Leland, worried less about an involving driving experience and focused more on pointing out moments of childhood nostalgia. In its role of providing transportation during a summer weekend getaway, the Traverse is a fantastic companion. It’s so quiet, so user friendly, and so comfortable.

The Traverse feels downright huge inside, with more head- and legroom than I know what to do with. Up front, the seats are comfy and supportive. The controls along the center stack are logically organized, the eight-inch MyLink infotainment screen flush-mounted into piano black trim, which looks great. Some bad plastics are found on certain parts of the dash and doors – the stuff I see in a lot of GM cars – but overall, the Traverse boasts a well-appointed interior that’s attractive and functional. Quiet, too – wind noise is pleasantly absent in here, even at highway speeds.

For growing families, the added spaciousness gives the Traverse a nice advantage over its competition.

Seven- and eight-passenger seating configurations are available; the second row captain’s chairs of this Premier model tilt, fold, and slide as needed, and there’s room in the third row for real adult humans. Stow everything and you’re treated to as much as 98.2 cubic feet of storage space, which is better than anything else in the class. Better than the fullsize Tahoe SUV, too – in both passenger and cargo space, the Traverse is actually more capacious than its big brother. Plus, the Traverse is easier to get in and out of, there’s more headroom, the third row seats are more spacious, the liftover height for the cargo area is lower, and it’s just plain better to drive. Chevy candidly tells me the only real reason why you’d buy a Tahoe over a Traverse these days is if you need maximum hauling capability – the Tahoe tows up to 8,600 pounds. For the majority of families, the Traverse is actually the better – not to mention less expensive – option.

At about $48,000 as tested, this Premier feels about as high-zoot a Traverse as you could want. Pricing starts at $29,930 for a base L, and goes as high as about $55,000 for a loaded, all-wheel-drive High Country trim – there are several trim levels and packages to satisfy a wide array of budgets.

No matter the guise, the new Traverse is a handsome thing, with an upright, assertive design. Small headlamps and slim taillamps look modern, but not out of place on the Chevy’s big body, and the 20-inch wheels of my Premier tester nicely fill out the expansive wheel wells. The only issue I have with the design is the “TRAVERSE” lettering along the front doors that seems tacked on as an afterthought. Everyone I’ve talked to also thinks it’s bad, and I can’t imagine removing it would ruin the overall aesthetic one bit. Of course, in a class where all the entrants sort of look the same, I suppose it doesn’t hurt to have a bit more brand identity.

What really sets the Traverse apart from its competition is just how much space you get for the price – a fullsize experience at a midsize price point, with the sort of fuel economy and simple-to-drive characteristics you expect from a unibody crossover. For growing families, that added spaciousness gives the Traverse a nice advantage over its competition – it’s the same price as a Ford Explorer, but the Chevy has seven more cubic feet of space inside. Plus, this growth creates a gap between the Traverse and the Equinox in Chevy’s crossover lineup, should something else be in the works (cough cough).

As for Traverse City, who knows when I’ll be back again. What used to be a four-hour drive north is now a cross-country excursion for me, what with my recent relocation from Detroit to Los Angeles. In the meantime, I know Chevy will find many happy customers with the families and vacationers who blast up Interstate 75 to visit TC each summer. There’s a lot to like about this new three-row crossover; the Traverse-in-Traverse coincidence won’t be dwindling anytime soon. 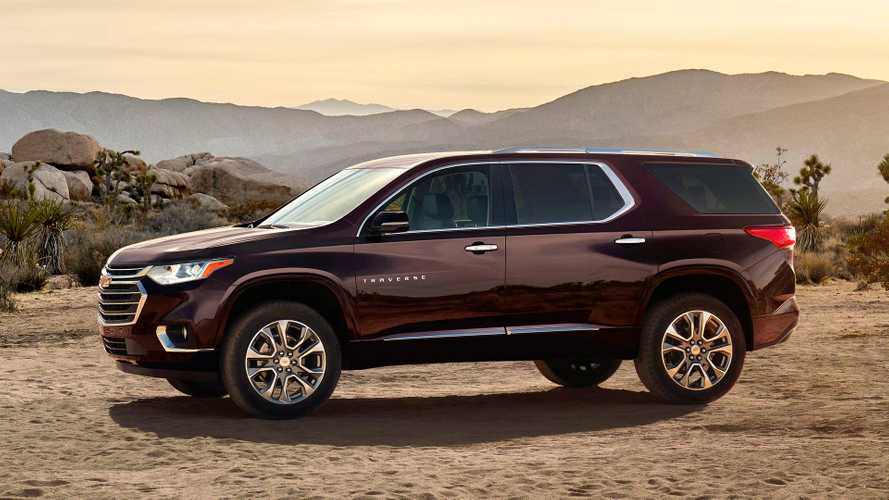