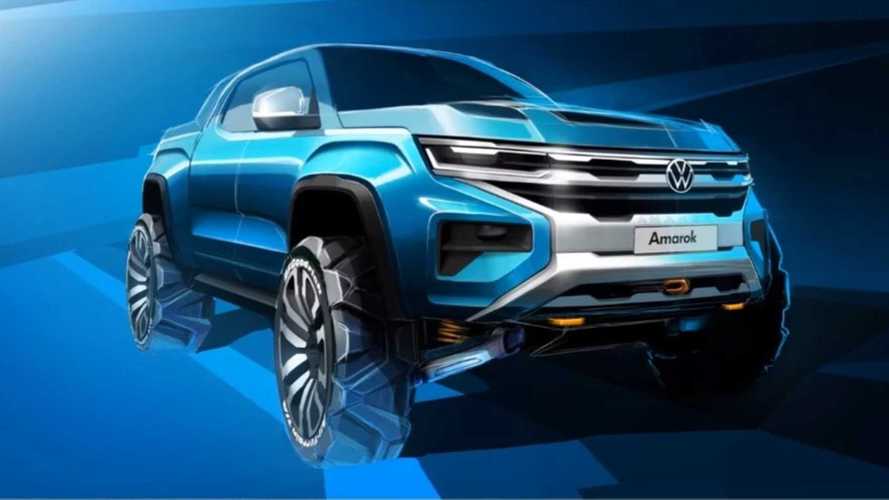 The Amarok will live to see a second generation, thanks to the Ford Ranger.

Volkswagen and Ford have ironed out all the details about their joint venture that was initially announced at the beginning of 2019. It’s a known fact by now the second-generation Amarok due in 2022 will be developed and built by Ford at its Silverton plant in South Africa, based on the same platform that will underpin the future Ranger. What we did not know is the fate of the Amarok would’ve been much different without the tie-up with the Blue Oval.

In a separate press release issued this week by Volkswagen Commercial Vehicles, chairman Thomas Sedran, made an important disclosure: "Ultimately it is our customers who will benefit [from the joint venture], as without the cooperation we would not have developed a new Amarok.” In other words, the Amarok – which in 2020 is celebrating its 10th anniversary – would’ve been phased out at the end of this generation had it not been for the deal with Ford.

Get Up To Speed On The VW-Ford Partnership:

Beyond the Amarok-Ranger relationship, the collaboration between the two automotive giants will lead to the launch of a Ford-badged city delivery van based on the latest-generation Caddy. It will be built from 2021 in Poland at the factory in Poznań as the Transit Connect where the Caddy 5 is scheduled to enter production in the second half of this year.

In addition, Ford is taking the lead in the “1Ton” project involving light commercial vehicles, while an electric Ford based on VW’s MEB platform will be out in 2023. Beyond the development of cars and trucks, the two will work hand in hand on autonomous driving tech with Argo AI.

Ford and VW both wish to point out the cooperation “is in no way a merger and all vehicles are being marketed independently of each other. The Volkswagen/Ford alliance does not include cross-ownership between the companies, which will remain competitors in the marketplace.”

Hannover, 10 June 2020 – Last year, Volkswagen and Ford announced a comprehensive cooperation that encompasses collaborating on electric and light commercial vehicles and taking joint steps towards developing self-driving systems.
The contracts that have now been signed between Ford and Volkswagen are an important milestone in the two group’s cooperation. They form the basis for a total of three vehicle projects to be run by Ford and Volkswagen Commercial Vehicles (VWCV), which encompass across the entire life cycle a volume of up to 8 million vehicles. In addition to the already agreed collaboration on the mid-size pick-up, the projects for a city delivery van and a larger van in the one-ton load segment are now starting up.

Thomas Sedran, Chairman of the Board of Management of Volkswagen Commercial Vehicles: “The collaboration with Ford is an important building block of our GRIP 2025+ strategy for the future and thus part of the transformation process that VWCV is currently going through. Over the coming years, the cooperation will strengthen our strong position in the area of light commercial vehicles, especially in our core European markets. The partnership with Ford is designed for the long term and the contracts that have now been signed are for me the proof that we are successfully implementing our plan step by step.”

Ford Ranger and Volkswagen Amarok
As lead partner, Ford will in future produce the new version of the Amarok for Volkswagen Commercial Vehicles based on the Ranger. The Amarok successor will then be made as of 2022 at Ford’s Silverton plant in South Africa. Sedran: “What is important for both partners is the utilisation of the same platform. At the same time we will both be able to fully deploy our strengths. Through custom designs and interfaces we will clearly differentiate the two models. For us as Volkswagen Commercial Vehicles, our sights with the Amarok successor are on our main markets, above all in the EMEA economic area (Europe, the Middle East and Africa). Ultimately it is our customers who will benefit, as without the cooperation we would not have developed a new Amarok.”

City delivery van and 1Ton van
With the signing of the new cooperation contracts, the basis has also been laid for two further vehicle projects: Volkswagen Commercial Vehicles will develop a city delivery van based on the Caddy 5 unveiled in February 2020. This will be produced in Poland as of 2021 for Ford to incorporate this van into its range as the Transit Connect. Ford will thus be launching the first vehicle to come out of the cooperation with Volkswagen Commercial Vehicles. Production of the new Caddy 5, which was very positively covered in the international media following its world premiere in February 2020, will begin in the second half of this year in Poznań, Poland.

In the area of light commercial vehicles one important segment is vans with a possible payload of up to one ton. Volkswagen Commercial Vehicles and Ford have laid the contractual basis for close cooperation in this segment too. For these vans Ford will take the lead on development and production. Thomas Sedran: “The ‘1Ton’ project will provide an extra boost for Volkswagen Commercial Vehicles in the business customer sector, as it enables us to offer a strong product with a very good cost-benefit ratio. At the same time we are keeping the development, production and marketing of the successors to our current 6.1 model range for private use, i.e. the Multivan, Caravelle and California, at Volkswagen Commercial Vehicles. You could say that we're bringing together the best of both worlds for our customers.”

The cooperation between Volkswagen and Ford is in no way a merger and all vehicles are being marketed independently of each other.