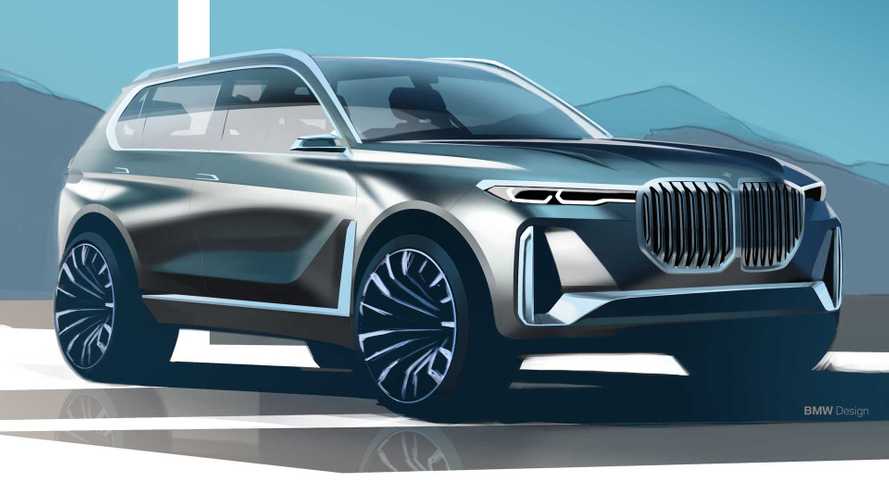 BMW's motto these days appears to be "M all the things!"

The days when the X5 was BMW’s sole SUV are long gone as the company’s portfolio of high-riding vehicles has blossomed to include everything from front-wheel-drive X1 and X2 models to the X7 behemoth. There’s more to come for the “X” family as reports about an X8 have been swirling around the Internet since November 2017, with the latest rumors suggesting a hot M45e derivative is planned.

It would seem BMW is actually thinking of a full-fat M treatment for its yet announced flagship SUV, with a member of the Bimmer Post forums discovering an interesting document at the German Patent and Trademark Office. We double-checked the adjacent filing on the Deutsche Patent- und Markenamt (DPMA) website and it does show BMW filed an application to register “X8 M” on March 23. It was registered on April 1 and is now pending approval.

Ok, but what is the X8 anyway? Well, if the reports are to be believed, it’s an ultra-luxurious X7 with four seats rumored to debut by the year’s end or early 2021. However, take this tentative release date with the proverbial pinch of salt considering we haven’t seen any spy shots whatsoever of BMW’s luxobarge. It’s worth mentioning the report might have referred to a concept rather than a production model, in which case the road-going SUV could be slated to arrive around 2022.

Allegedly carrying the “G09” codename, the X8 is said to take the shape of a coupe-esque X7 with roughly the same footprint and underpinnings. A potential full-fat M version would likely get the same twin-turbo 4.4-liter V8 as the X6 M where it makes 617 horsepower in Competition spec. Don’t hold our breath for the V12 from the M760i as BMW has said repeatedly the gargantuan 6.6-liter unit is on its way out because it’s too expensive to upgrade to comply with more stringent emissions regulations for what is a low-volume engine.

An M variant would likely arrive at least a year into the X8’s life cycle, so don’t expect to see it before 2023. Some say the new range-topping SUV could become the most expensive model in BMW’s range, thus eclipsing the $157,800 M760i. We’re not taking into consideration the $163,300 i8 Roadster because production of the plug-in hybrid sports car is ending this month.