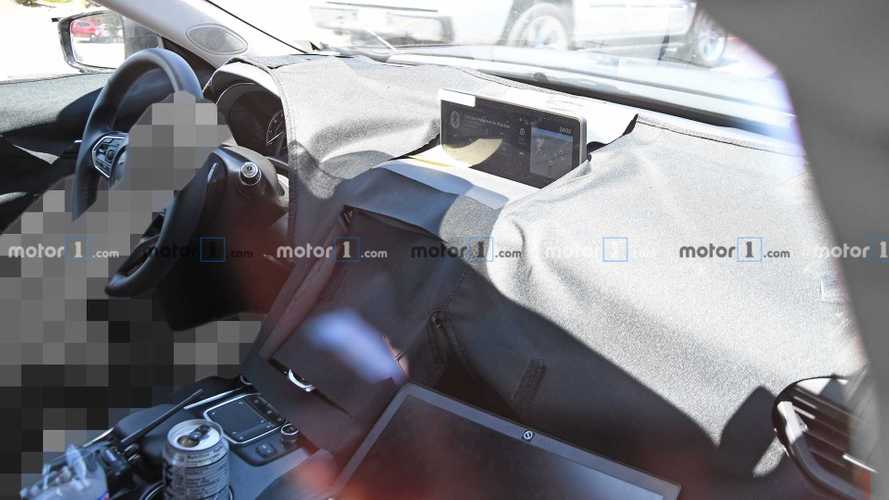 There’s a hint of the RDX inside.

A day after Acura unveiled its Type S Concept with its angular face, long hood, sloping roof, and short rear deck, spy photos of the next-generation TLX surfaced. While heavily camouflage and cladding hid much of the sedan’s design details, there’s no doubt it features Type S Concept styling underneath. The first photos also gave us a look inside, albeit a small peek at the top of the dashboard. Today’s new Acura TLX spy photos show us much more of the interior than before along with a bit more of the exterior.

Check Out The Latest Acura News:

We see the same infotainment display atop the dash and analog tach gauge as before. But we also see the steering wheel and one of the column stalks that has what appears to be a “Camera” button at the end with an overhead silhouette of the vehicle, possibly hinting at some sort of 360-degree camera feature. The photos also show the instrument panel and a bit of the center console. There’s a good chance it could look similar to the RDX’s IP as we can see the True Touchpad Interface and volume controls on the center console.

Much of the car is still covered under heavily camouflage; however, we do see a hint of the front daytime running lights that look nearly identical to those on the Type S Concept as do the rear taillights; however, they are not as angular as the ones on the concept. Customers should expect the TLX to grow over the current offering with the new iteration receiving a longer wheelbase.

We don’t know what will power the TLX; however, there is a good chance it could use the RDX’s turbocharged 2.0-liter four-cylinder engine that makes 272 horsepower (203 kilowatts) and 280 pound-feet (380 Newton-meters) of torque. It’ll power the front or all four wheels through the rumored 10-speed automatic. The TLX Type S could receive the turbocharged V6 engine Acura is developing along with torque-vectoring Super Handling All-Wheel Drive.

The 2021 Acura TLX will debut late this year or early next before going on sale.