2020 Mercedes GLB Spied Inside And Out At Gas Station 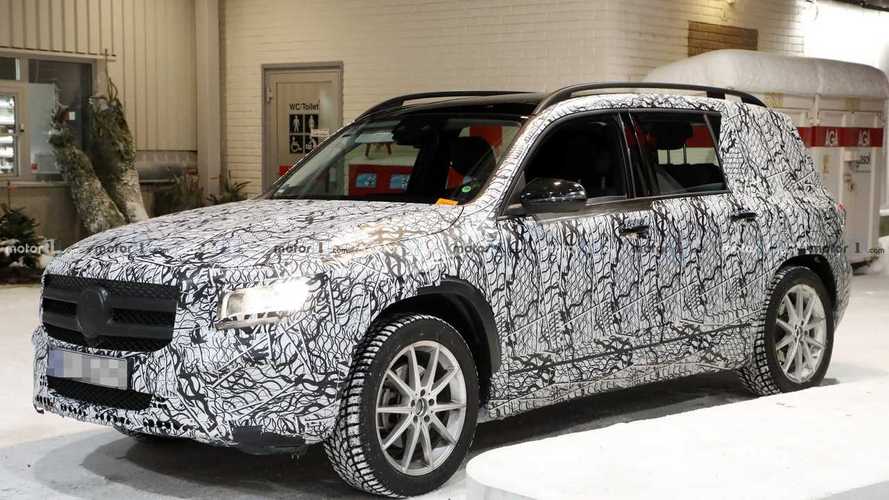 The baby G has been spotted in Sweden looking boxy on the outside and like an A-Class on the inside.

Mercedes is just getting started with its new-era compact car lineup following the launch of the A-Class hatchback, the A-Class Sedan, and the B-Class minivan. The second-generation CLA swoopy sedan will break cover in just a few days at CES in Las Vegas and most likely the CLA Shooting Brake is not far behind. Also on the agenda for a 2019 release is this boxy crossover many will be tempted to say it’s a baby G-Class. Coming to the United States, the first-ever GLB will attempt to evoke the spirit of the defunct GLK once it will drop off the camouflage.

Unlike most of the world, our spies are still working during the week between Christmas and the New Year, as are Mercedes’ test drivers. This heavily disguised prototype was caught enduring cold weather testing somewhere in Sweden, and as luck would have it, spy photographers were in the right place at the right time to immortalize the new crossover feeding at a gas station.

While the next-generation GLA will probably continue to be a jacked-up derivative of the A-Class hatchback, it’s going to be an entirely different story with the GLB. It appears to be significantly larger than the five-door hatch and has a chubby look we’re quite fond of.  The wide squared-off LED taillights have nothing in common with those of the A-Class models, nor do they resemble those of the G-Class, while the halogen lights up front will make way for an LED setup on more expensive versions.

The GLB certainly has its own identity on the outside, but the interior appears to be a spitting image of the A-Class’ cabin. It’s not that big of a surprise considering the three compact cars revealed by Mercedes this year largely share the dashboard design, and we’re expecting the same thing from the pair of CLA models and the GLA & GLB duo of crossovers.

The prototype’s partially covered dashboard is dominated by the two 10.25-inch digital screens part of the newly developed MBUX infotainment system we’ll be seeing more of in the following years. Chances are Mercedes will make some changes here and there to emphasize the GLB’s rugged personality, but most of the interior will be inherited from the other compact cars carrying the three-pointed star.

Should you want the GLB to be a little bit faster than the others, spy shots have shown AMG is already preparing a “35” variant with about 300 horsepower, standard all-wheel drive, and a seven-speed dual-clutch automatic transmission. Time will tell whether there’s going to be a GLB 45 as well, but with AMG eager to upgrade most Mercedes models, it might just happen.