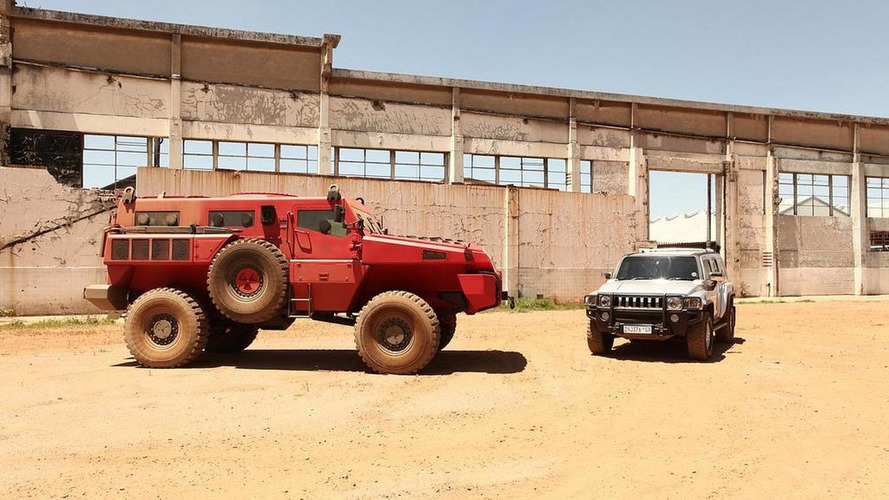 Claimed to be the "world’s most unstoppable vehicle" the Marauder can provide protection against mines, IEDs and ballistic attack. It can also carry up to 10 fully armed troops and can be configured in a number of variants depending on the role.

Designed and built by the Paramount Group of South Africa, Top Gear sent co-host Richard Hammond there to put the Marauder through a series of extreme challenges. Without breaking a sweat, the Marauder flattened cars, smashed through brick walls and fended off attacks by hungry lions in the South African bush. As a finale, a Marauder and a Hummer were blown up in explosions simulating the roadside bombs faced daily in conflict zones. The Hummer was totally destroyed, but the Marauder was barely damaged and drove away.

Ivor Ichikowitz, the Executive Chairman of the Paramount Group, said: “Despite the fun working with Top Gear, it is important to remember soldier protection is a very serious issue for armies worldwide. We are talking about saving lives. With this type of technology available and the ever present threat of IED’s there really is no excuse for governments not to provide the best protected vehicles for their defence forces."

Weighing around 15 tons, the Marauder can carry 3 tons, hit a maximum speed of 120 km/h (75 mph), can be used as an infantry patrol vehicle, a command center or an ambulance while withstanding explosions of 14kg of TNT under its wheels and 7kg under its hull as well as rocket attacks.

See the press release below for more details.