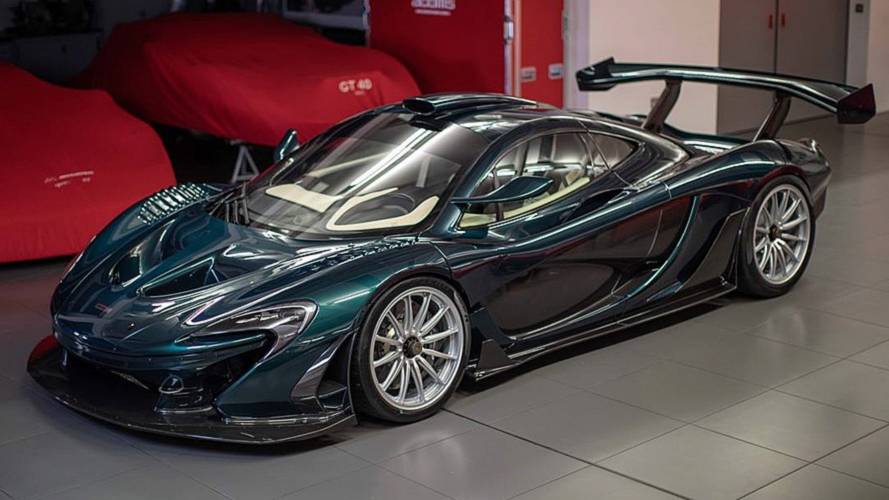 Lanzante creates a longtail P1 GT by grafting a revised body on a P1 GTR.

After lots of teasing, Lanzante has finally unveiled its McLaren P1 GT conversion at the Goodwood Festival of Speed. Based on a P1 GTR, the firm sculpts longtail bodywork that gives the machine an even sleeker appearance. A wealthy customer from the Middle East allegedly commissioned the special design.

Lanzante's modifications include revisions like a revised front end that appears to have an even larger splitter than the standard GTR. The firm also strips away the canards but adds vented fenders. At the tail, the company fits an even longer tail and bolts a massive fixed rear wing to the back. A tweaked lower diffuser features quad exhaust outlets.

Inside, the P1 GT is ready for use on the road. The fixed-back sport seats don't necessarily look comfortable, but the cabin at least has some upholstery that isn't present on the GTR.

Unfortunately, Lanzante isn't yet providing any details about the P1 GT's powertrain. If the company leaves the GTR's stock 3.8-liter biturbo V8 with hybrid assistance, then the new machine would pump out 986 horsepower (735.5 kilowatts), which should be plenty of muscle. Lanzante's Inconel exhaust components from its previous P1 LM would help shed weight, too.

The P1 GT takes inspiration from the McLaren F1 GT. The model was a road-going version of the F1 GTR Longtail race car, but the company only built three examples of the special machine.

Lanzante is very familiar with how to tweak McLarens at a standard that rivals what the factory can do. The company has been doing conversions to make the generally track-only P1 GTR into a road-legal model. It also built the P1 LM as the ultimate example (at least until now) of what the hypercar could be.