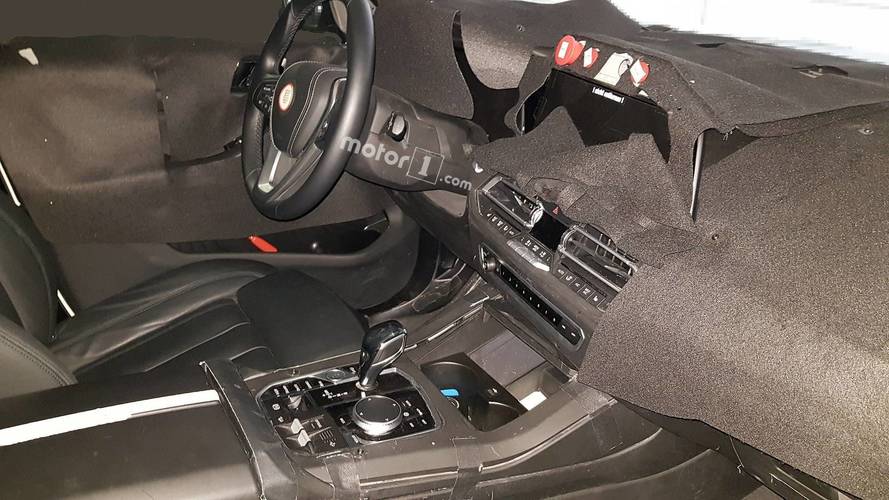 It will also boast the company's new digital instrument cluster and the latest iDrive with a bigger screen.

The BMW Group will be coming out with not one, but two large high-end SUVs later this year. We’ll get to see the Rolls-Royce Cullinan this Thursday, but today we’re here to talk about the first-ever BMW X7. Some had the privilege of getting behind the wheel of a near-production prototype still covered in camouflage and thankfully there was a preliminary specs sheet nearby to partially reveal what to expect from Bavaria’s biggest SUV ever.

One of the several prototypes shared by BMW with the media was equipped with the company’s well-known biturbo 4.4-liter V8 hooked up to an eight-speed automatic transmission from ZF. The shift lever will come adorned with Swarovski crystals and will also be implemented in the revival of the 8 Series Coupe (plus a Convertible) as well as the next-generation X5. As a side note, the X7 won't be the first production model to have Swarovski crystals as the Mercedes S-Class Coupe and Convertible have both been offered for several years with fancy headlights featuring the same crystal jewelry.

We also get to learn the X7 will boast the latest and greatest iDrive with a redesigned knob and a bigger 12.3-inch central display accompanied by a fully digital instrument cluster of the same size. BMW has already previewed this setup known as the Operating System 7.0 with official renderings, and there’s a good chance the 8 Series photographed over the weekend had the same setup. For some of the functions, gesture controls are going to be available, with more gestures compared to the ones available in the 7 Series.

The X7 will be available not only as a seven-seater, but also with a six-seat cabin configuration boasting two individual seats in the second row. As for the rearmost seats, while these will be suitable mostly for kids like in other big SUVs, adults should be fine for shorter trips.

As you would come to expect from the company’s flagship SUV, the BMW X7 will be available with an adjustable air suspension with a travel of up to 80 millimeters (3.15 inches). A variety of 20- to 22-inch alloy wheels designs are going to be offered, along with an optional sports exhaust system providing a more aggressive engine note.

If you’re wondering about weight, the BMW X7 will tip the scales at approximately 2,300 kilograms (5,070 pounds), but obviously that will depend on engine selection and the amount of kit installed.

The official reveal is scheduled to take place towards the end of this year, with production to commence at the Spartanburg factory in South Carolina where BMW is making the X3, X4, X5, and X6 models, including the X5 M and X6 M.