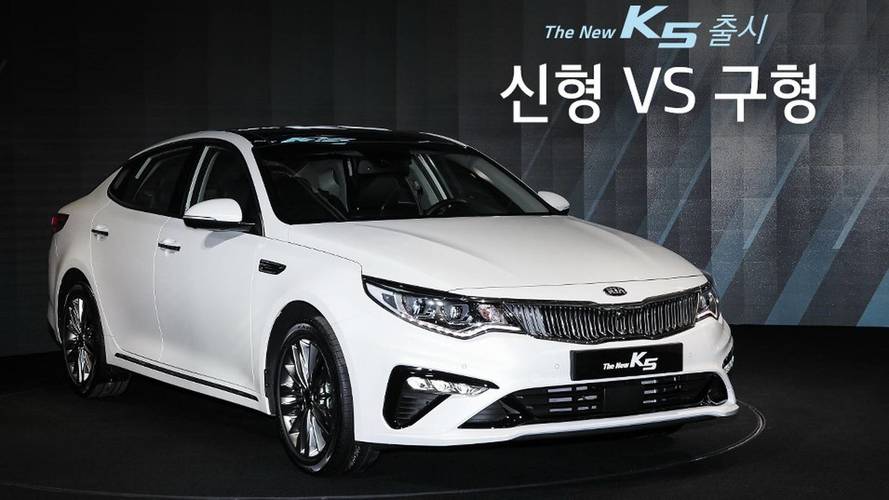 The Optima-badged version will likely get virtually the same cosmetic tweaks.

Kia Niro, Optima, And Sedona Might Eventually Get All-Wheel Drive

The Optima still feels relatively fresh in the challenging midsize sedan segment, but with life cycles getting shorter and shorter, Kia has already prepared a midlife refresh for the version sold in its domestic market. The K5 was unveiled today in South Korea and there are reasons to believe the international version, be it the North American or the European model, will go through just about the same changes.

While at a first glance it may seem that Kia hasn’t made a lot of changes, look closer and you’ll notice quite a few things have been modified on the outside. Starting at the front, the tiger nose grille now boasts vertical slats instead of the old one’s trapezoidal fins and is flanked by mildly updated headlights with extended daytime running lights that meet the border of the grille. The round lighting clusters of the pre-facelift K5 have been replaced by a more angular setup.

The three-point lower LED lights have been eschewed to make room for a more generic horizontal light bar and the surrounding area has been updated as well. Kia has also designed a couple of new sets of alloy wheels and has given the K5 a pseudo diffuser at the back where the taillights have discreetly revised graphics.

There’s not much to say about the interior as the cabin has been essentially carried over, although the steering wheel is slightly different and there are new upholstery options to choose from. Door-mounted LEDs projecting the “K5” logo together with fancy ambient lighting and a metallic ring around the start/stop button make the Optima feel a bit more upmarket, while on the tech side the company has implemented its latest and greatest infotainment system.