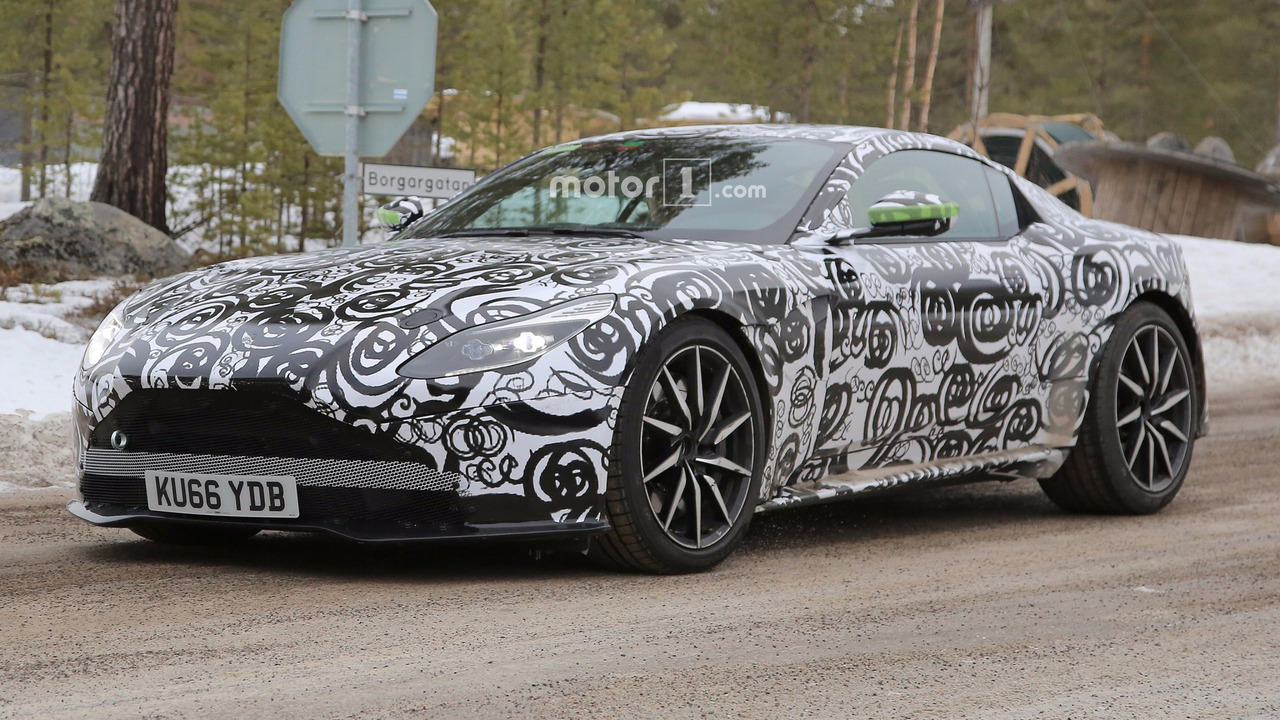 When 600 horsepower is not enough.

Aston Martin introduced the DB11 almost a year ago in Geneva and already the gorgeous grand tourer is out there testing in a hotter specification likely to bear the “S” suffix. Caught alongside the DB11 Volante in Sweden, the beefier coupe was trying to hide several body tweaks in the pipeline for the more potent specification.

Starting with the front, a more aggressive design with a larger grille and a prominent spoiler lip is inbound for the S version, which by the looks of it will have a redesigned hood with a horizontal slat at its base. There are also hood latches, but these won’t make it to the production model. We can’t see the gills of the hood just yet because of the disguise, but most likely these will be in there usual place on the final production car.

It appears Aston Martin is also tweaking the vents in the front fenders and is giving the DB11 S a pair of larger side skirts. A massive diffuser dominates the rear end while the intakes located at the base of the C-pillar remain hidden underneath the disguise. As it was the case with the DB11 Volante, the active rear spoiler was erect at all times.

Through these spy shots we are also able to catch a glimpse of the interior featuring a pair of Recaro bucket seats and provisional testing equipment on the center console. The prototype seemed to lack the rear seats as instead there was a roll cage, but things should get back to normal on the production-ready model.

Expect the Aston Martin DB11 S to arrive most likely in the second half of next year following the launch of the DB11 Volante in spring 2018.