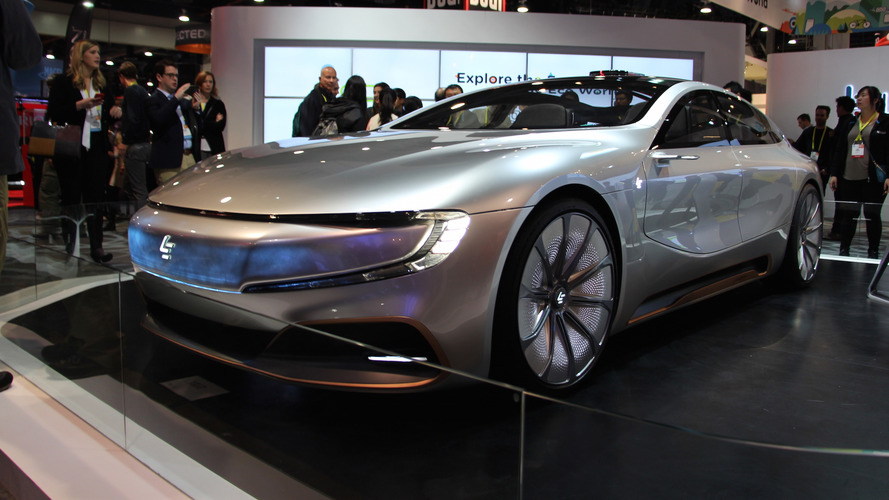 The Chinese automaker showed off its LeSee Pro concept car at CES.

The LeEco LeSee Pro concept car made its debut in Beijing in April. And though it was mired by a few setbacks, it eventually showed face in the U.S. at a private event back in October. Now it's at CES 2017 in Vegas.

It’s just the third time the car has been on display, and what you see is mostly what you get. It’s long and pretty lovely. Most of the components are far from production ready – including the sci-fi-like front fascia, illuminated wheels, and roof-mounted Lidar system which may or may not actually work. Still, it's an interesting vehicle to note nonetheless.

The interior panels are coated in a unique tiered texture that juts up from the floor and cuts off at the windows. The seats are simplistic, but comfortable looking. The dash is coated in one big screen, a few touch-sensitive buttons… and not much else.

LeEco founder and chairman Jia Yueting hasn’t said much regarding the specs of the production model. The company does say that the roof-mounted Lidar system gives it autonomous capabilities, and that the powertrain will indeed be electric (note the charging unit in the photo gallery below). Outside of that, not much else is known.

The company is reportedly working together with Faraday Future to produce the vehicle at the more than $1 billion production facility being built in Nevada – pending Faraday is able to pay the bills. The LeSee is said to be cheaper too than the FF91 too, which is expected to cost anywhere between $150,000 to $200,000 when it does go on sale.

We'll likely have to wait even longer to see a road-ready version of the LeEco LeSee Pro.