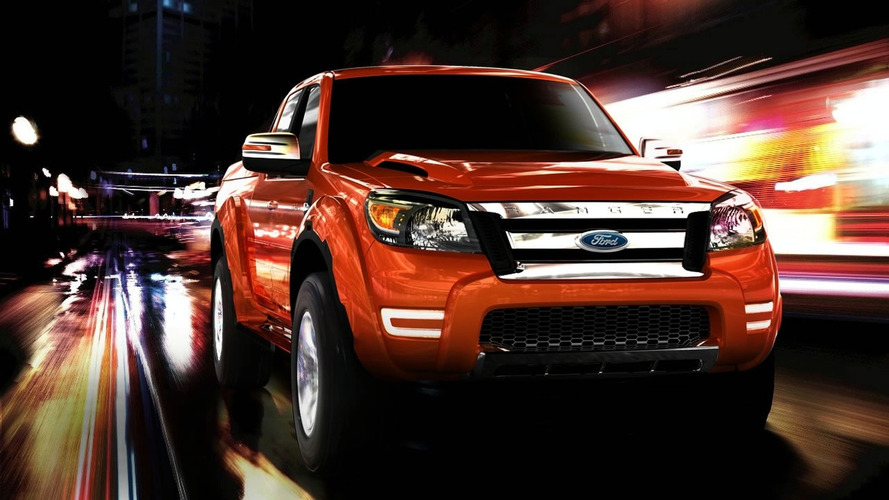 Orange in colour but still tough as ever, the Ford Ranger Max concept is underpinned by a standard Ranger skeleton. It's the visual redesign that adds drama.

Ford Ranger Max is currently one of Ford's star attractions at the Thailand International Motor Expo 2008. Painted in a hue of orange, officially labelled as "Mango Hit", the Ranger Max is exhibited as the handy/ active guy's ultimate companion on four wheels.'

The Ranger is already acknowledged as a pretty tough customer, but in Max, Ford has created something beyond just tough. It's added something of a visually arresting bold design, some of whose themes will surely appear in future production models.

"We know Ranger is tough and durable, and Ranger Max adds to those qualities. The show truck does not follow a trend; it sets a new tough style direction for compact trucks," says Paul Gibson, the chief designer of the Ranger Max show truck. "Ranger Max is genuinely tough, and it is a truck that gets the job done. This high-impact show truck also has the bold visual presence that looks great on the urban scene."

Under the skin the vehicle was left untouched, but exterior shows a range of inspirations. The power tool is one; for example power tools incorporate words to warn or inform users about a particular utility of that tool. So Ranger Max has the word "GRAB" imprinted on the black grab handle in the side of the sportsbar linked to the cab.

Innovation has not escaped in opposition to toughness though. A cool feature is the remote-controlled power tonneau cover for the cargo bed and a sportsbar that visually extends the length of the access open cab. The P285/60R18 tyres add thickness to the chunky look.