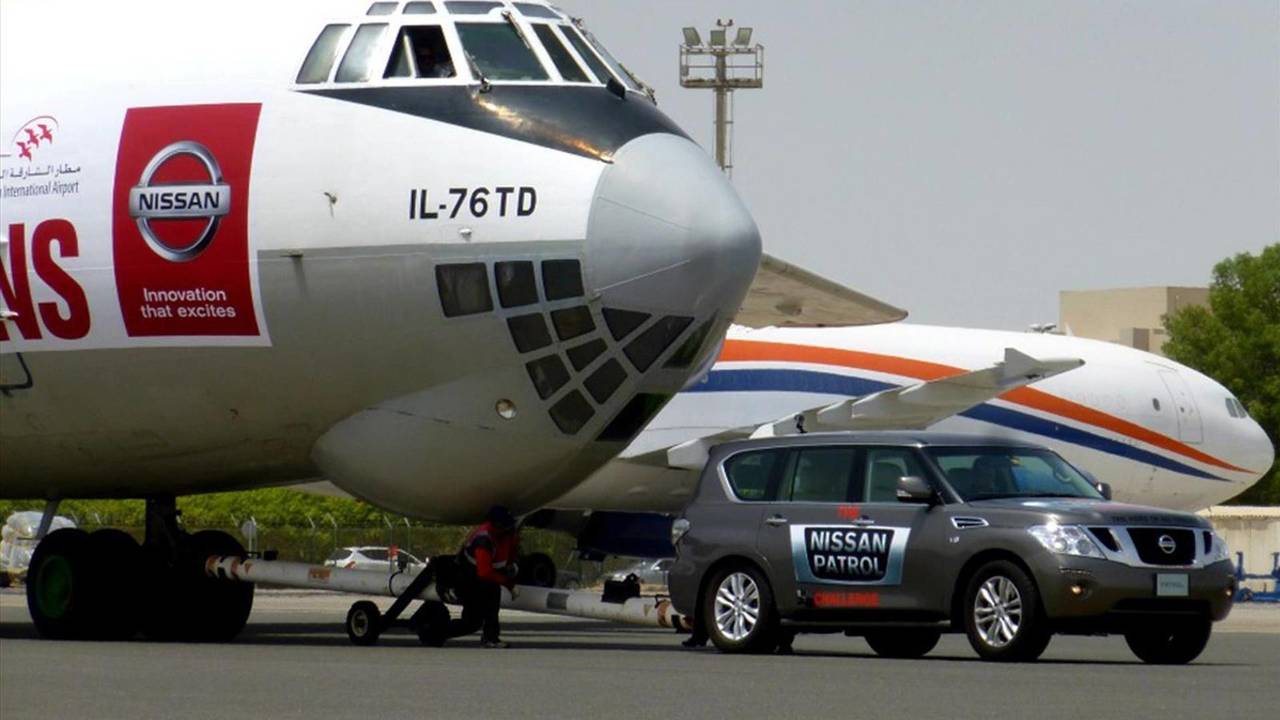 Back in 2013, a completely stock Nissan Patrol (Armada / Infiniti QX56 in the U.S.) was tasked to pull a cargo plane at the Sharjah International Airport in the United Arab Emirates. The attempt was successful as the hardcore off-road SUV pulled the 170-ton (340,000-pound) airplane over a distance of 50 meters (164 feet) to set a new world record.

As mentioned, Nissan’s reputable SUV with its 5.6-liter V8 engine did not go through any modifications, but it did need a special hitch in order to tow the massive Ilyushin Il-76 cargo plane and take down the record for the “heaviest aircraft pulled by a production vehicle.”