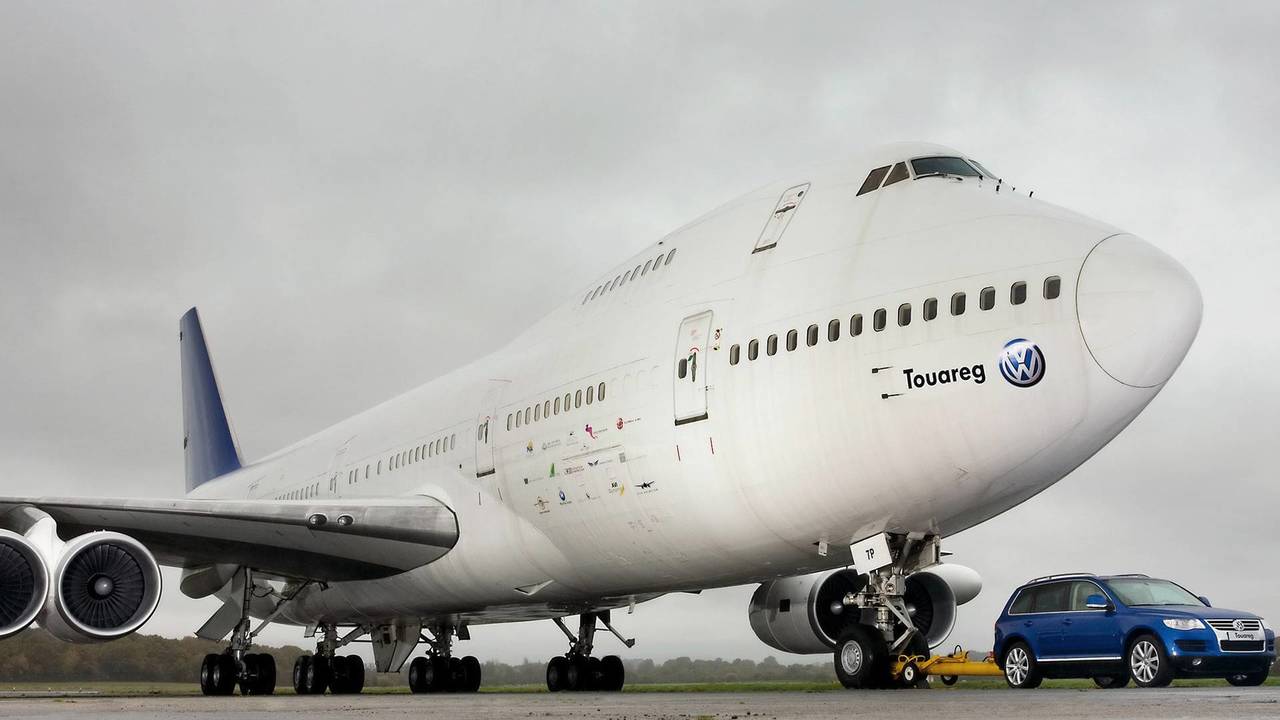 It was 2006 when the Touareg V10 TDI made history after towing a 155-ton decommissioned Boeing 747. VW’s lightly modified SUV received the 4.56 axle from the V8 model and also got a whopping 4.3 tons of ballast weight. Uew Krieghoff drove the vehicle, which also had a special tow adapter to pair the two vehicles.