Subaru WRX Powered By A Toyota V12 Makes Up To 1,000 Horsepower

The engine comes from an unlikely Toyota donor.

Have you ever thought of shoehorning a V12 inside the measly engine bay of a Subaru WRX? For Jonathan Proulx, that's the dream – one that he turned into a reality in a crazy engine swap mission. More importantly, the V12 mill came from an unlikely source.

The donor vehicle in this case is a Toyota Century. As you know, the stately sedan once had a V12 engine that's designed and built by Toyota for the car. It is found in every second-generation Century since 1997; now you can find one inside this gray Subaru WRX. If this isn't the coolest Subaru-Toyota collaboration, we don't know what else is.

The engine is a 5.0-liter 1GZ-FE V12. In its most powerful configuration, it made up to 295 horsepower (220 kilowatts) and 340 pound-feet (460 Newton-meters) of torque. Those numbers didn't cut it for Proulx; he armed his WRX with two G30-770 turbos, new connecting rods, and new pistons. He also added new Bosch injectors and a MaxxECU Pro computer to come up with a final power output of 1,000 hp.

Sending that massive power output to the wheels is a seven-speed dual-clutch automatic transmission borrowed from a BMW 3 Series.

Engine Swaps Worthy Of Your Attention: 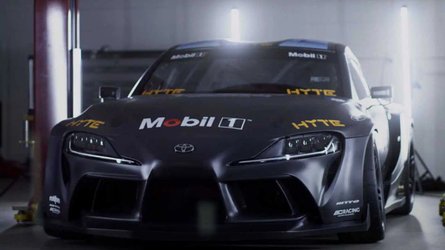 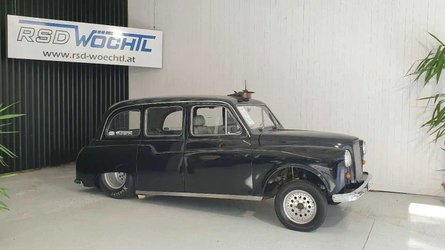 Truth is, the V12 engine is becoming more extinct by the year, with Ferrari at the forefront of keeping the exotic power plant alive. But we probably won't see the time when Subaru would be making a V12 engine even for its fastest cars.

But for those who share Proulx's dream of driving a V12-powered Subaru, you may follow his lead and find a donor for a bonkers engine swap project. It is proven possible; all you need is the sheer will to do so.