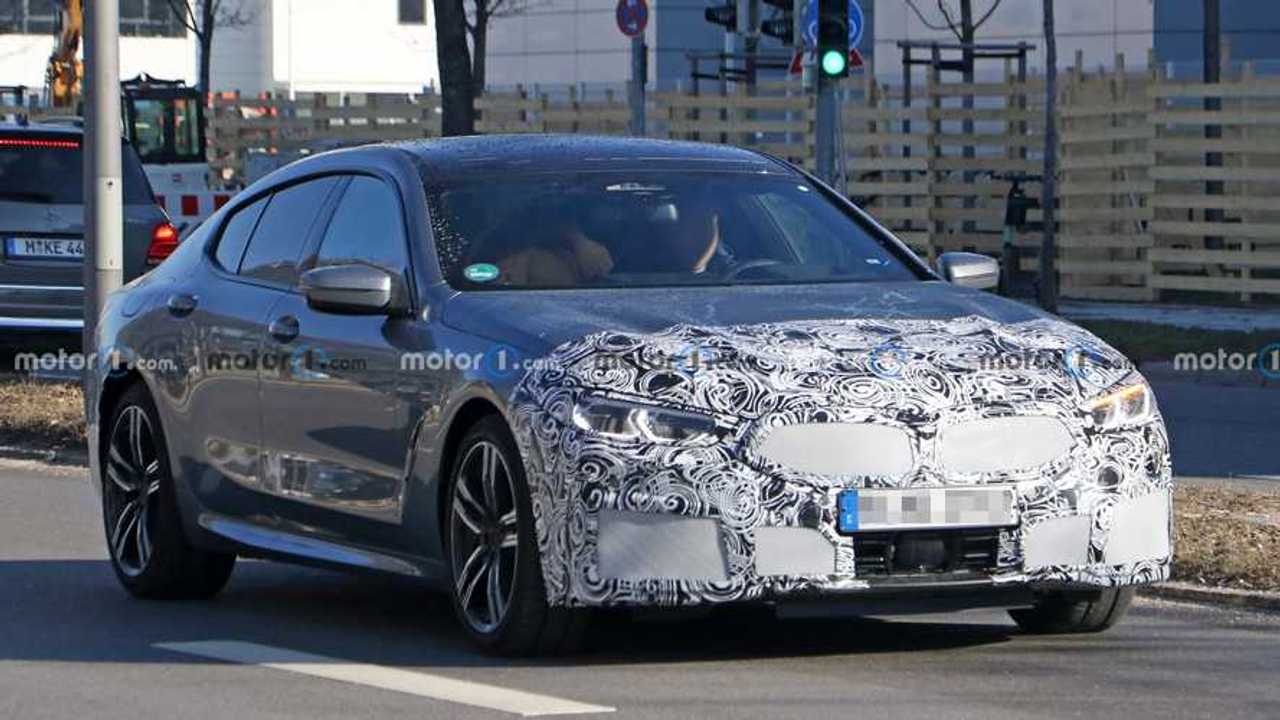 The BMW 8 Series arrived just a few years ago, positioning itself atop the automaker’s lineup of luxury cars. It serves as a pinnacle for the brand, commanding a hefty price of $85,000 for the entry-level four-door Gran Coupe. It’s available as a two-door and a convertible, all of which will soon see an updated exterior design if this new batch of spy shots is any indication.

Our photographers have caught the 8 Series Gran Coupe wearing camouflage on the front and rear in an attempt to hide the subtle design changes. BMW is expected to update the entire lineup, though the Gran Coupe is the first 8 Series model spied with a new look. The photos reveal a new front bumper sitting below a revised front grille, which is flanked by slightly slimmer headlights. The same subtlety is present at the back with a revised rear bumper and what appears to be new taillight graphics.

Sadly, there are no direct interior pictures, though it does look like there’s felt covering the dashboard, which could indicate a few tweaks to the interior design. There could be other small changes, too, along with a software update for the infotainment system. The current crop of powertrains powering the model lineup will likely carry over without any significant changes. The means the crop of inline-six engines – gas and diesel – and the mighty V8 will continue unabated.

2022 BMW X4 Facelift Spied In Detail, Inside And Out

The BMW 8 Series in all its flavors is still a relatively new model in the company’s lineup. The production version made its debut in June of 2018, which means it’ll be a bit before seeing the updated versions make their grand entrance. The BMW 8 Series isn’t a high-volume seller, focusing on a premium driving experience with few compromises. The $85,000 starting price could tick upward, too, with each variant likely getting a small price bump to coincide with the updated styling and features.