The Swiss government has banned public gatherings of more than 1,000 people until March 15.

[UPDATE] The organizers of the Geneva Motor Show have issued a press release:

"The 90th edition of the GIMS, which was supposed to welcome the media from next Monday and the general public from 5 to 15 March 2020, will now finally not take place. This is an injonction decision of the Federal Council of 28 February 2020 that no events with more than 1,000 people are allowed to take place until 15 March 2020. The decision falls 3 days before the opening of the exhibition to the media.

The organizers accept this decision: "We regret this situation, but the health of all participants is our and our exhibitors' top priority. This is a case of force majeure and a tremendous loss for the manufacturers who have invested massively in their presence in Geneva. However, we are convinced that they will understand this decision," said Maurice Turrettini, Chairman of the Foundation Board. We would like to warmly thank all those involved in the organisation of the 2020 edition of GIMS.

A few days before the opening of the event, the construction of the stands was very nearly complete. A week ago, during the press conferences announcing the 2020 edition, there was nothing to suggest that such a measure was necessary. The situation changed with the appearance of the first confirmed coronavirus diseases in Switzerland and the injonction of the Federal Council on 28.02.2020. The event is cancelled due to this decision.

In the meantime, the dismantling of the event will now have to be organised. The financial consequences for all those involved in the event are significant and will need to be assessed over the coming weeks. One thing is certain: tickets already purchased for the event will be refunded. The organisers will communicate about this as soon as possible, via their website."

The 90th edition of the Geneva Motor Show was supposed to kick off on Monday with the Car of the Year Award Ceremony before the press day scheduled for Tuesday. All of the effort, time, and money invested into this year’s show have ultimately been in vain as the 2020 GIMS has officially been canceled by the organizers amid the increasingly worrying Coronavirus outbreak.

It’s a direct consequence of an announcement made this morning by the Swiss government about banning all public gatherings of more than 1,000 people until March 15 at the earliest. With the Geneva show scheduled to take place in the coming weeks and expected to draw a large crowd, it’s perfectly understandable why the event has been canceled. Last year, a little over 600,000 people attended the show.

It’s probably too late for car manufacturers to organize their own events to show off the new cars, so there’s a pretty good chance all of the debuts originally scheduled for Geneva will be unveiled only online. Whether all new cars that were supposed to attend the show in Switzerland will debut in the coming days remains to be seen as some automakers could decide to postpone the launches. It's too early to tell at this point. 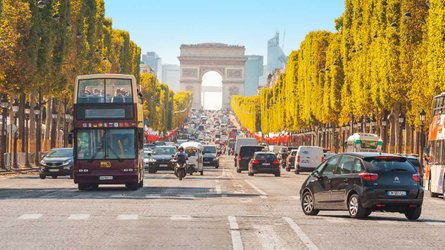 It's worth mentioning 2020 GIMS wasn't going to be that big of a show compared to previous years considering many companies wouldn't have been on the showfloor: Citroën, Ford, Jaguar, Lamborghini, Land Rover, Mini, Mitsubishi, Nissan, Opel, Peugeot, Subaru, Tesla, and Volvo.

All Cars That Were Supposed To Debut At The 2020 Geneva Motor Show: 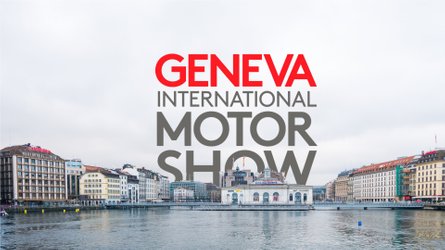 While the International Exhibition of Inventions that was supposed to take place at the same Palexpo exhibition and convention center towards the end of March has been pushed back to September, the Geneva Motor Show is effectively canceled. When asked about the possibility of rescheduling the event for later this year, the organizers responded with: “The show cannot be postponed. It’s not possible. It’s too big. In September, October? It’s not feasible.”

We all love cars and are anxious to see the new world premieres automakers have lined up, but people are more important.