Launching in "Thrust Mode" is no joke, as you'll see in this video.

Back when the Dodge Challenger SRT Demon was released, we – along with the rest of the motoring press – were in awe of its ability to make daylight appear beneath the front wheels after a hard launch. Of course, the Demon was a purpose built drag racer for the street, so the extreme weight transfer was beneficial for that application. It looked cool, but it had a purpose.

The Lamborghini Aventador SVJ, on the other hand, is an exotic built for all-around performance, designed to excel like a triathlete in all categories at the expense of being brutally effective in any single category. 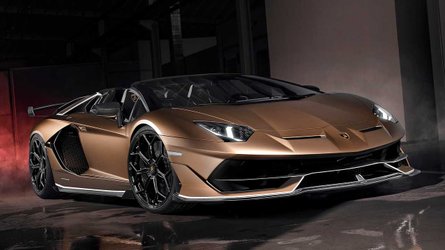 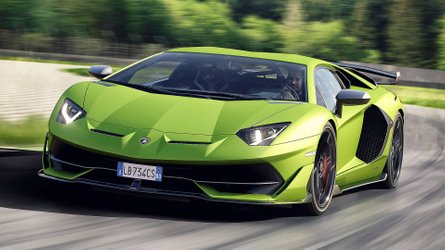 That said, the Aventador SVJ's dragstrip performance is still quite impressive, with quarter mile times in the mid-10 second range, with impressive trap speeds to match. That puts it within a second or so of the Demon. While a second is an eternity in drag racing, it puts the Aventador a heck of a lot closer than the high 13 second cars most of us here at Motor1 drive.

In this video from DragTimes, we get to witness the Lamborghini Aventador SVJ not only break the record for the fastest Lamborghini in the quarter mile, but beat the Demon at its own game: wheelies.

Indeed, a careful review of the footage of the first run showed the Aventador SVJ, just for a moment, lifting its front wheels of the ground. While there's barely enough space between the tire and the pavement to shove a deck of playing cards, we're still amazed that it happened in the first place. Given the Aventador's mid-engine, all-wheel-drive layout and lack of a specialized drag-tuned suspension, this is an especially impressive feat. It's a testament to the utter savagery of Lamborghini's Thrust Mode. They weren't kidding around with that name.

The Lamborghini's best time? A blistering 10.57 at 131 miles per hour, making the Aventador SVJ the fastest Lamborghini to leave the Sant-Agata factory in the quarter mile. As a fitting end to their big day, the DragTimes crew celebrates with donuts – of the tire-shredding variety.