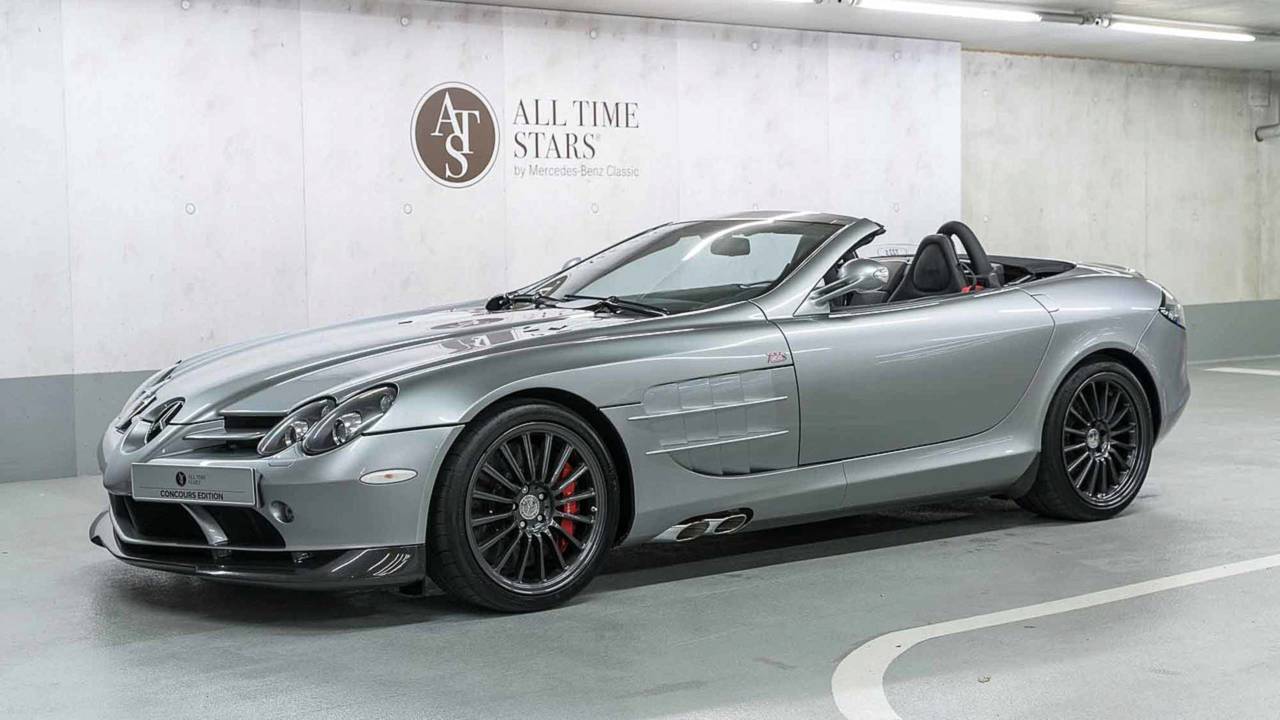 Mercedes only built 150 units of these scarce convertibles.

The Mercedes-Benz SLR McLaren 722 S Roadster has the makings of being a future classic thanks to a combination of high performance and a production total of just 150 units worldwide, and now you can buy one for the eye-watering price of 1.24 million euros ($1.45 million at current exchange rates). Picking up the supercar should be a treat because it's currently in the Mercedes-Benz Museum in Stuttgart.

Check Out These Awesome Cars For Sale:

The SLR resulted from a cooperation between Mercedes and McLaren, and production took place in at the British brand's shop in Woking, England. Using the SLR Roadster as a starting point, these models have the improvements from the 722 Edition that boost the output of the 5.5-liter supercharged V8 to 641 horsepower (478 kilowatts). The droptop can hit 62 miles per hour (100 kilometers per hour) in 3.7 seconds, which is amazing by 2009 standards and still impressive today. The vehicle could reach a top speed of 208 mph (335 kph).

This one has an exterior in the shade Crystal Antimony Grey, and there's a semi-aniline leather interior in black with contrasting red stitching. Plenty of carbon fiber decorates the cabin.

Unlike its contemporaries like the Ferrari Enzo and Porsche Carrera GT, the SLR was more of a high-speed grand tourer than an all-out supercar. While capable of over 200 mph, they were better as cruisers due to the five-speed automatic gearbox. The 722 variants also received carbon-ceramic disc brakes, lighter 19-inch wheels, larger front splitter, and revised rear diffuser. Of the 150-unit production of the 722 S Roadster, Mercedes sent just 24 of them to the United States

The car is for sale from All Time Stars, which is Mercedes in-house service for selling its vehicles. Each one goes through a 160-item checklist prior to the sale.