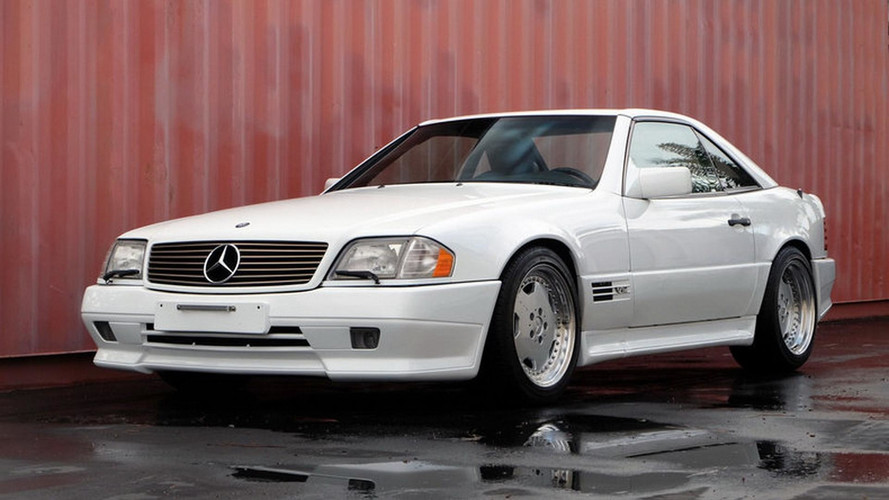 One of the rarest AMGs ever made.

Legend has it the Sultan of Brunei bought a whopping 25 of the total 35 cars ever made between 1995 and 1996 before the SL 72 was discontinued. Although some were manufactured in 1996, it is believed all cars were labeled as 1995MY. If you want to feel like royalty for only a fraction of the price, now is your chance. A superb white example built in August 1995 is now up for grabs for anyone in the market to play in the V12 league.

AMG aficionados will remember the SL 72 returned in 1998 under a different name, the SL 73, with an even bigger 7.3-liter unit that went on to power the Pagani Zonda. An additional 50 cars were made until 2001 when it was phased out for good, thus bringing the grand total to 85 examples. Generally, the SL 72-badged cars are considered as being more desirable because these are rarer.

This rust-free example of the SL’s R129 generation has had only two owners in its life and has not been involved in any sort of accidents. It has a full history and has been serviced properly, so it looks like a safe purchase. You’ll have to contact the seller to find out the car’s price.