When you need four doors but you still want to hit 200 mph.

The introduction of the XE SV Project 8, Jaguar’s most powerful road car ever, is a good reminder that high-performance cars come in all shapes and sizes. Sure, coupes are the default choice for speedy machines, but there’s no reason a four-door sedan can’t get a dose of engine steroids, too. The hopped-up XE manages an incredible 200 miles per hour, outrunning even many dedicated supercars. But it’s not the only sedan with such lofty speed ratings.

Keeping tabs on automaker top speed claims is a tricky business, so to keep things somewhat simply, we’re focusing only on cars available today in the U.S. market. And for consistency in the data, we’re using quoted top speeds from each manufacturer. This list can and will change over time – we’re still waiting to officially see the new BMW M5, for instance – but here’s how things stand today if you want to do triple-digit speed in a sedan. 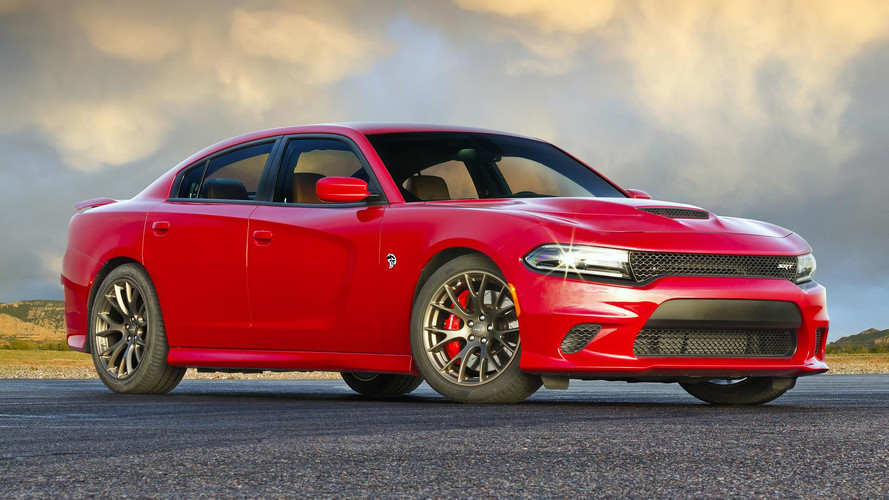 The Dodge Charger Hellcat deals in superlatives, and its top speed is no exception. What’s most interesting is that this four-door version of Dodge’s 707-horsepower supercharged monster is faster than the two-door Challenger Hellcat. The standard Challenger Hellcat can do 199 mph, while the new Challenger Hellcat Widebody runs out of steam at 195 mph due its wider bodywork and tires. Which would, incidentally, still put it in sixth place on this list if the car were a sedan. 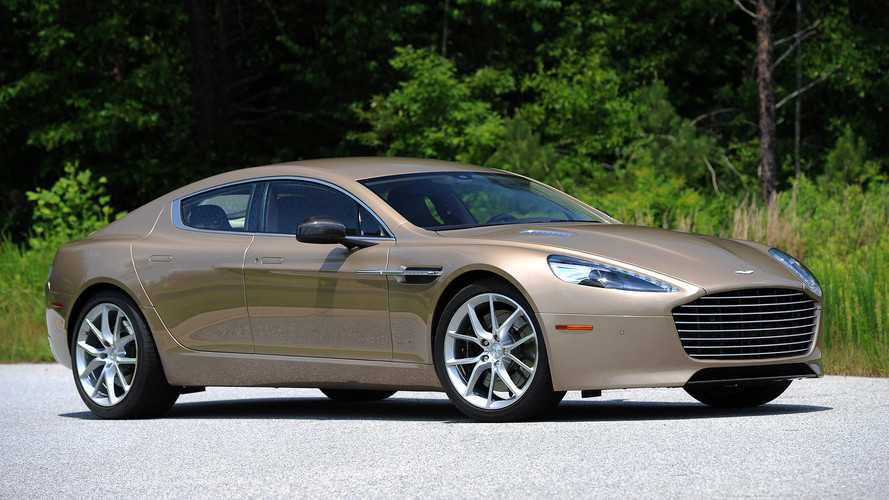 On sale since 2010, Aston Martin’s sedan is a serious performer. Up front, there’s a 6.0-liter V12 engine dishing out 552 hp and 465 pound-feet of torque, enough to hustle the 4,387-pound sedan to 60 mph in just 4.2 seconds. And thanks in part to the car’s gorgeous wind-cheating bodywork and all that twelve-cylinder oomph, the car can breach the two-ton mark – though it’s unclear whether you could still achieve 203 mph while carrying four people aboard. 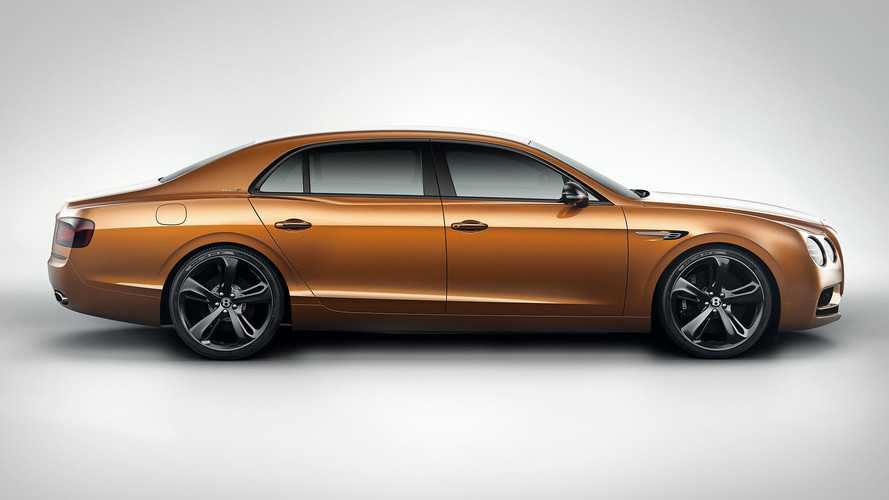 Yes, Bentley is all about a luxurious experience, but there’s still some serious performance on offer from the company’s sedans. This particular Flying Spur variant has its 6.0-liter biturbo W12 engine cranked up to the tune of 626 hp and 605 lb-ft. So even though the opulent beast tips the scales at over 5,400 pounds, it’ll scrabble its way to 60 mph in just 4.2 seconds and, yes, beat a Cadillac CTS-V in terms of top-end speed. 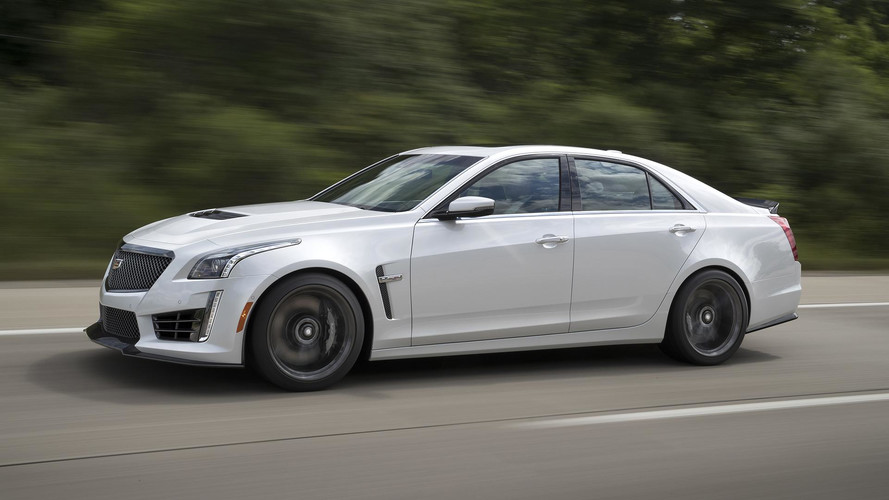 What if the Corvette Z06 put on a suit and sprouted two extra doors? OK, it’s an oversimplification to call the Cadillac CTS-V a four-door Z06, but the go-fast Caddy does use a 6.2-liter supercharged V8 good for 640 hp and 630 lb-ft of torque, Brembo brakes, Michelin Pilot Super Sport tires, and Magnetic Ride Control suspension. And, yes, this five-seater sedan will hit the 200-mph mark – all from an eminently reasonable starting price of $85,995. 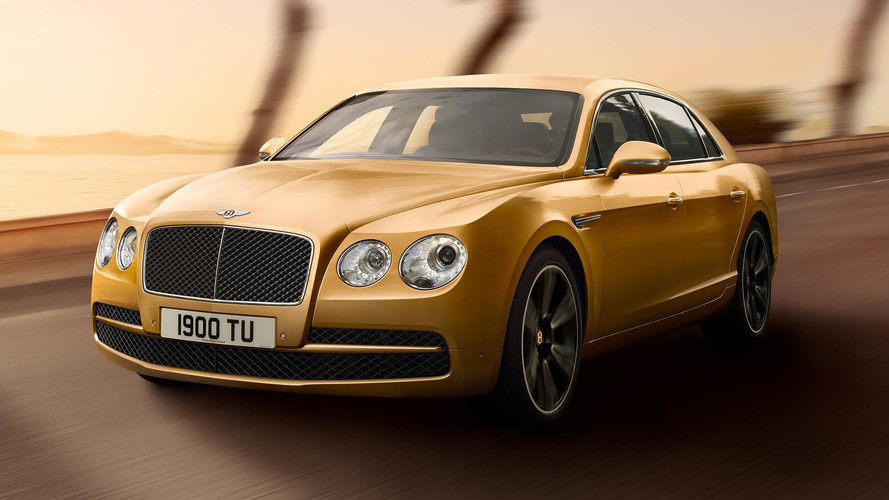 Turns out that Bentley has a thing for making its superbly luxurious sedans go extremely fast. Lose the “S,” and the Flying Spur’s W12 engine still makes 616 hp, down only by 10 from the W12 S model. That’s enough for it to get pretty darn close to the 200-mph mark while also boasting impeccable construction inside and out – so impeccable, in fact, that it takes 130 hours to build a Flying Spur. 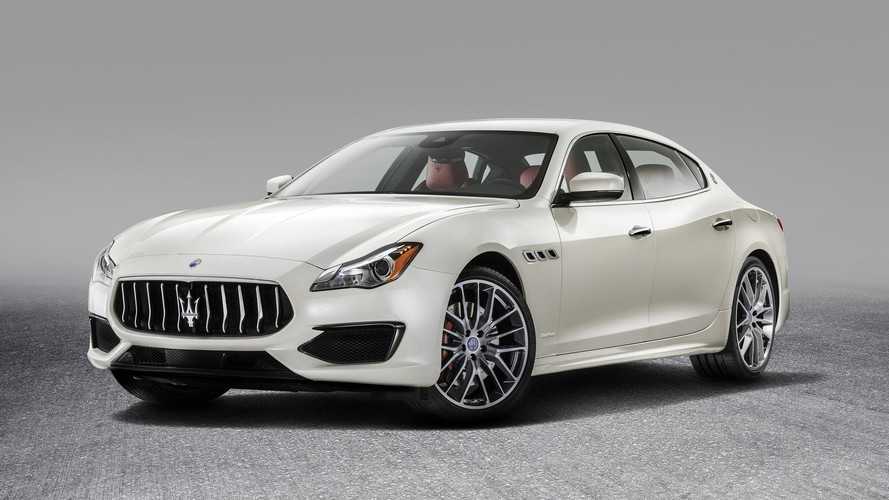 Its name stands for “four doors” and its suffix, GTS, connotes serious power. In the case of the Quattroporte GTS, that power is 523 hp and 524 lb-ft of torque thanks to a Ferrari-built, 3.8-liter biturbocharged V8. Other versions of the Quattroporte, powered by a 404-hp biturbo V6, manage just 176 or 177 mph, making this GTS model the fastest Maserati sedan around today. 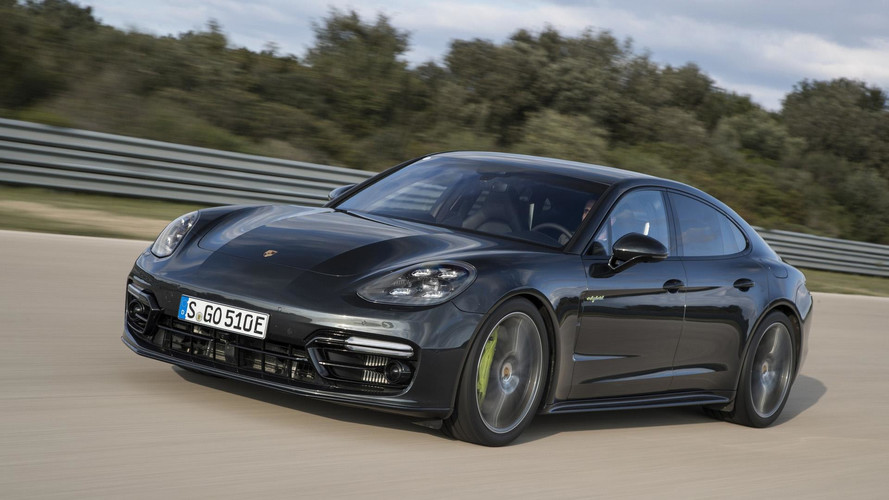 Who said hybrids had to be slow? In fact, this version of the Porsche Panamera combines a 550-hp gas engine with a 136-hp electric motor, producing a car that will rip to 60 mph in a claimed 3.2 seconds. Should you not need to go 192 mph, of course, the Turbo S E-Hybrid can be an eco-chic plug-in hybrid, driving short distances on battery power alone. 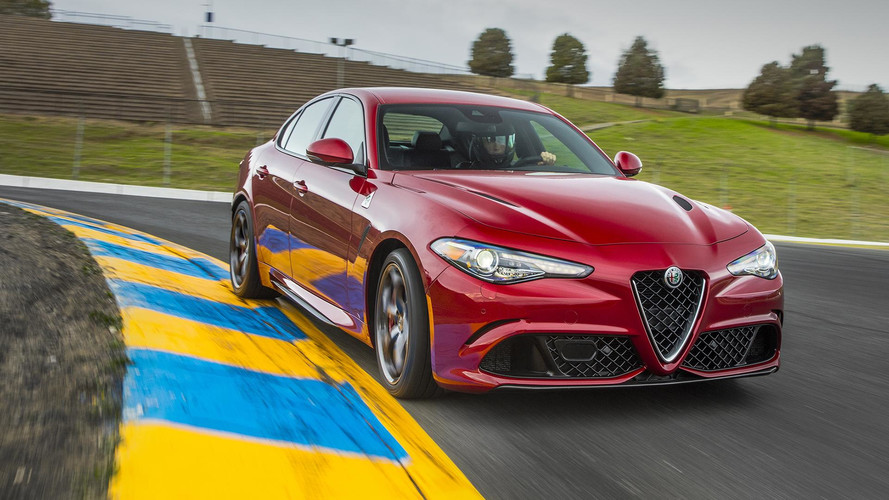 Not only did the Giulia Quadrifoglio set a record as the fastest production sedan at the Nürburgring, it also can set a pretty healthy pace in a straight line. The car’s 2.9-liter biturbocharged V6 engine cranks out 505 hp and 443 lb-ft of torque, while active aerodynamics and adaptive suspension will help keep the car stable at those high velocities. 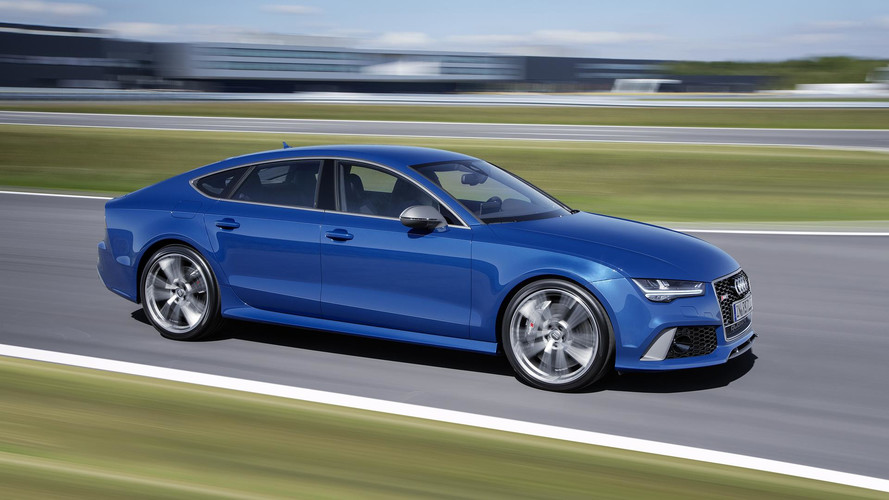 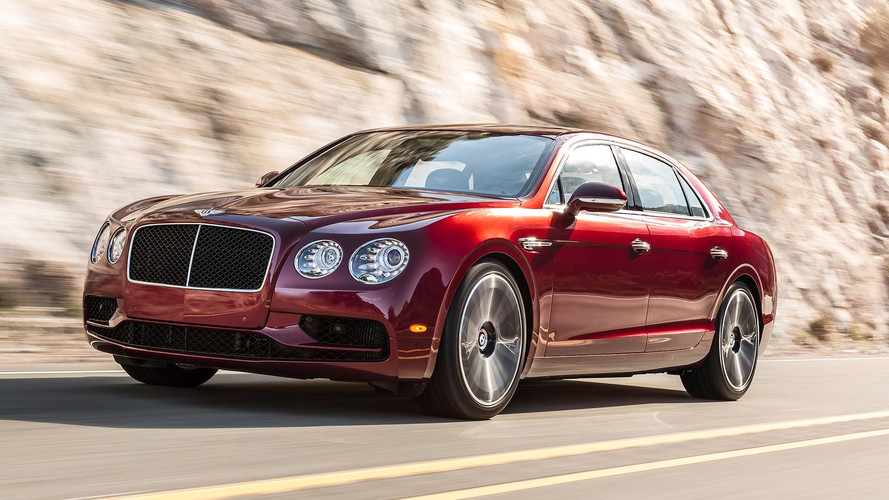 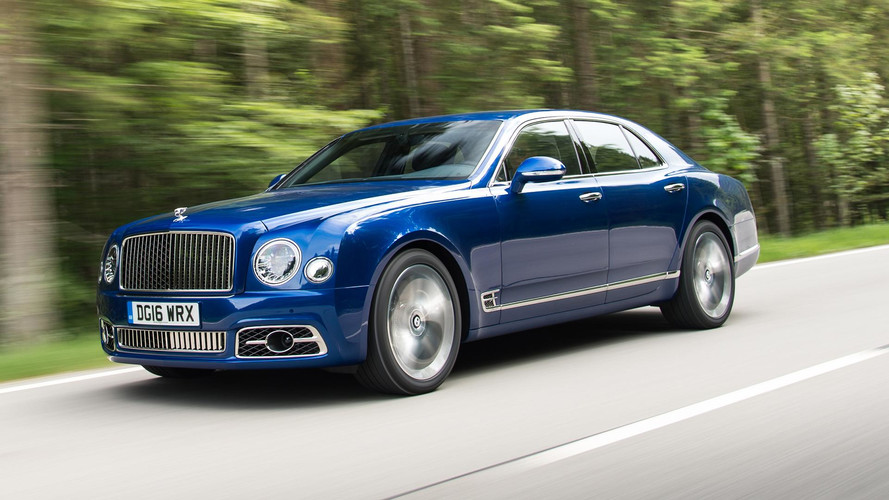 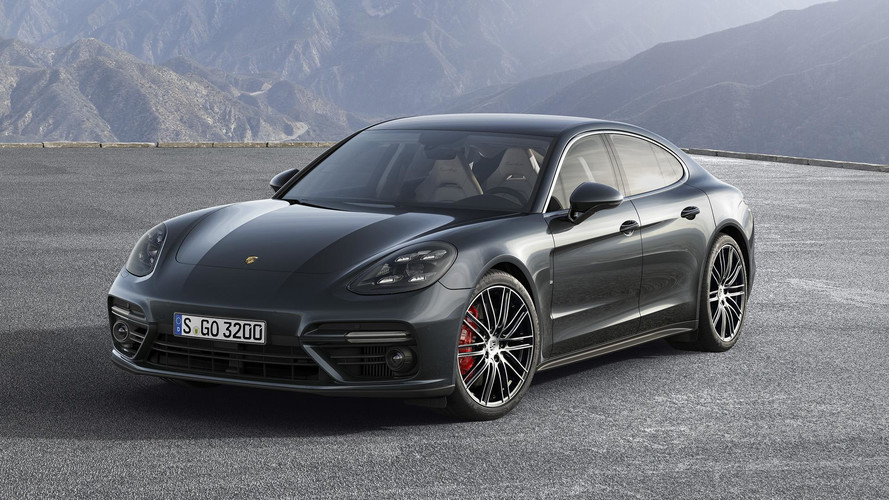 What do these cars have in common besides their rated top speed? Three of them use biturbocharged V8 engines displacing 4.0 liters, albeit with different output levels: 605 hp for the RS 7, 521 hp for the Flying Spur V8 S, and 550 hp for the Panamera Turbo. The Mulsanne Speed features the brand’s 6.75-liter biturbocharged V8, dishing up 530 hp. 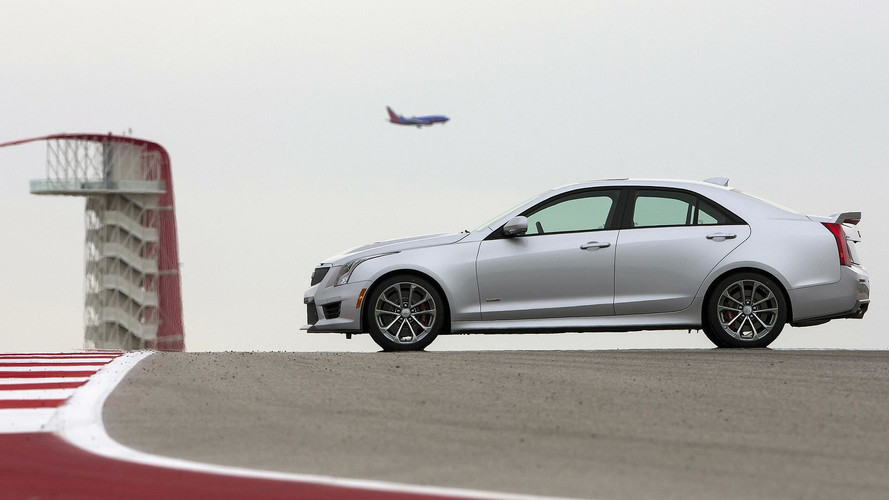 With a whole lot less power than the CTS-V (464 hp versus 640 hp), Cadillac’s smaller performance sedan still boasts an impressive terminal velocity. There are also far more options than on the CTS-V, with ATS-V buyers able to pick a six-speed manual or eight-speed automatic transmission, and a coupe or sedan body style. 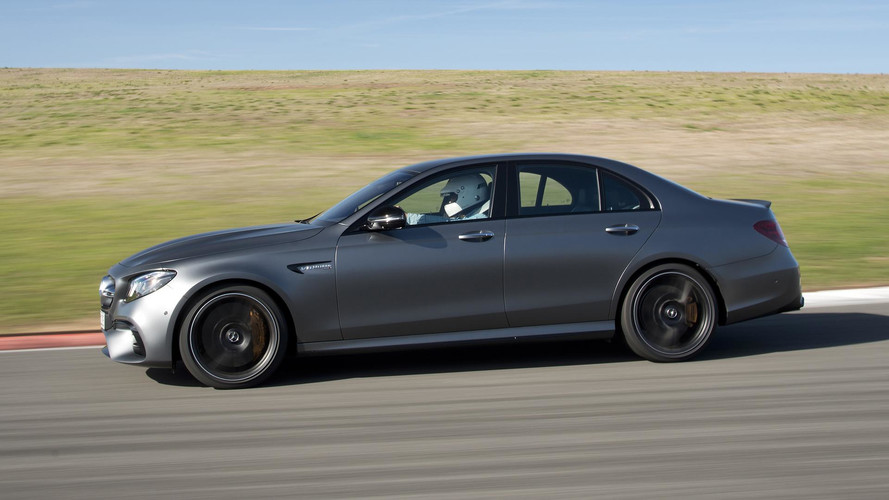 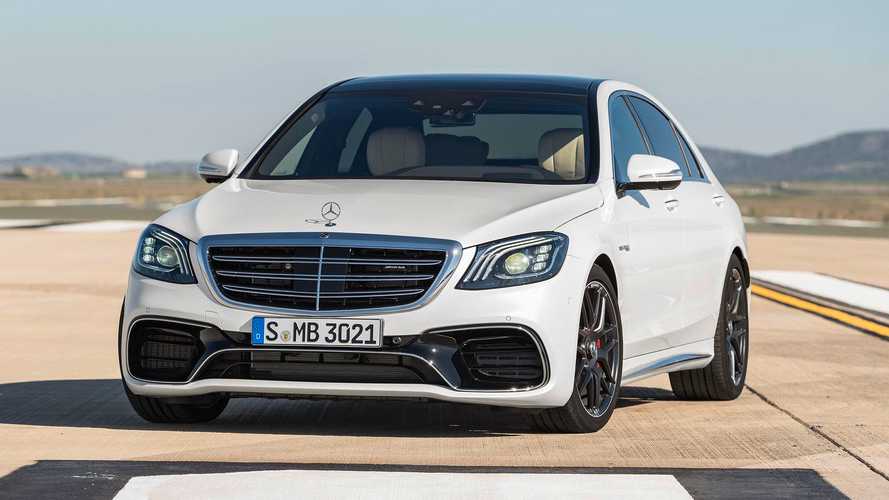 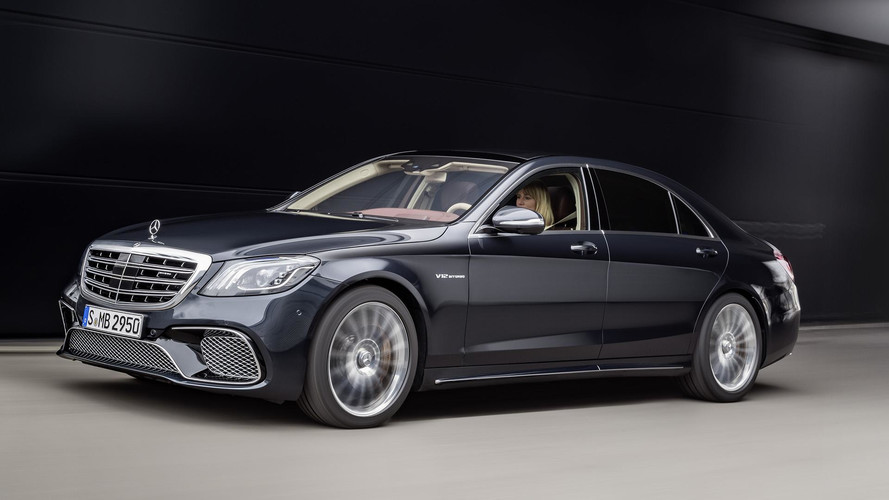 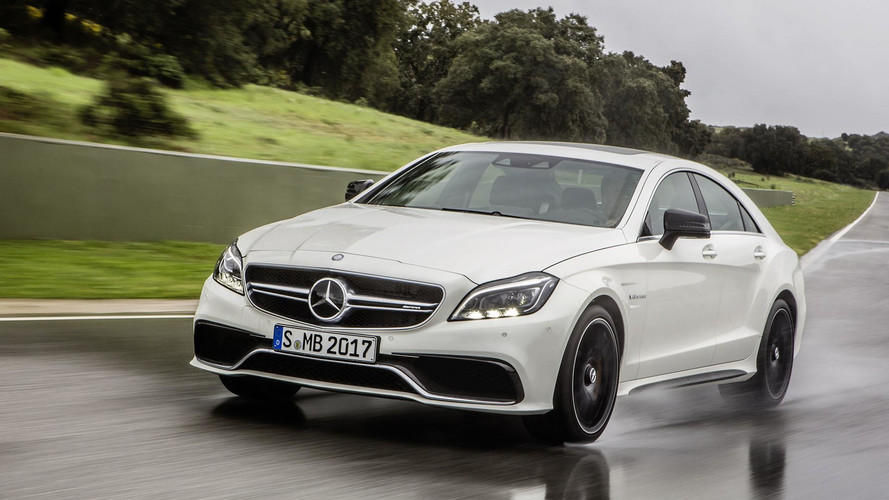 There’s a simple reason that these AMG cars all have the same top speed. That figure translates to a nice round 300 kilometers per hour, and it’s the standard electronic limiter for several of the company’s performance models. Other hot AMGs have 155-mph limiters (which equates to 250 km/h). Still, outside of Germany’s autobahn or a seriously empty race track, it’s unlikely many owners of the E63 S, S63, S65, or CLS63 S would run into this top-speed limiter – but we wouldn’t mind giving it a try... 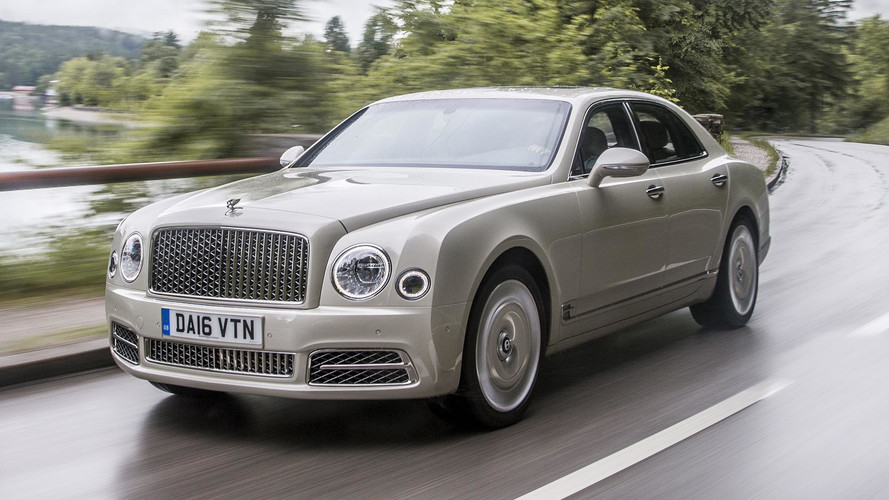 Ditch the “Speed” and the Bentley Mulsanne is still a speedy ultra-luxury sedan. In fact, both the regular and Extended Wheelbase models are rated for the same top speed. That velocity is achieved courtesy of the same 6.75-liter engine as in the Mulsanne Speed, albeit detuned from 530 down to just 505 hp. 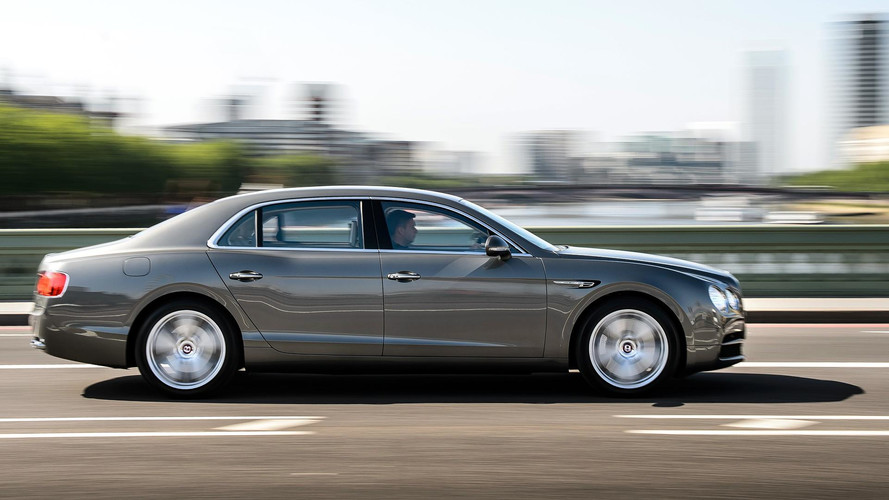 Notice that the Bentley Flying Spur is making quite a few appearances on this list? That’s because all its engine choices are supremely powerful, helping the plus four-door achieve impressive speeds out on the open road. This V8 model is the least powerful and the slowest, but with 500 hp and a 183-mph top speed, we’d say both of those are relative terms in the world of Bentley. 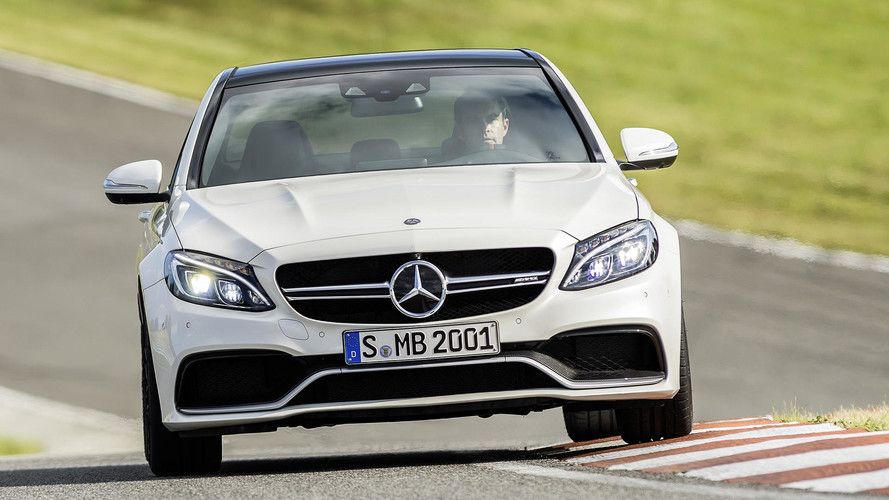 Does the S stand for “speed?” It may as well do; electing the C63 S instead of the standard car provides much more horsepower (503 vs 469 hp) and torque (516 vs 479 lb-ft), and also elevates the car’s speed limiter from 155 to 180 mph. Whether a sedan, coupe, or convertible, the C63 S remains one of our favorite performance cars on sale today, because it’s huge fun even at speeds far below 180. 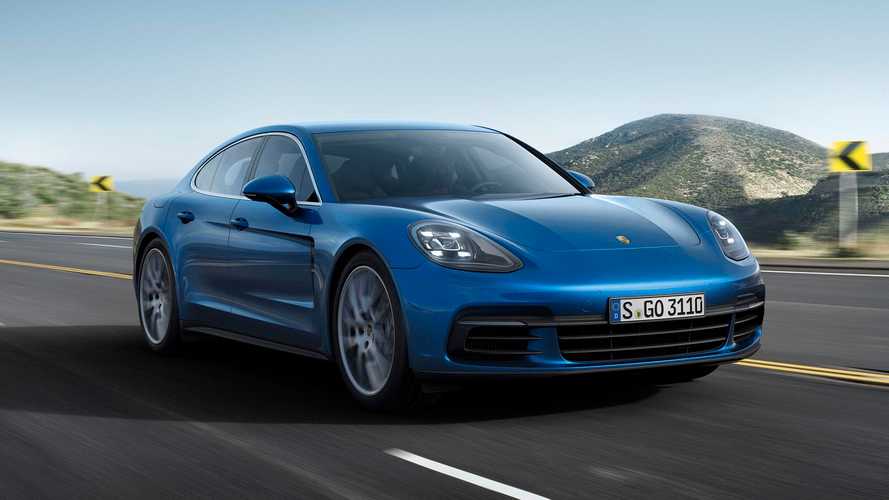 Though far from the most powerful Panamera you can buy, the 4S model is no slouch. Under its hood you’ll find a 2.9-liter biturbo V6 that produces 440 hp and 405 lb-ft of torque. In addition to that impressive maximum velocity, the car impresses with claimed 4.0-second runs to 60 mph, thanks in part to its standard all-wheel drive and seven-speed dual-clutch transmission.