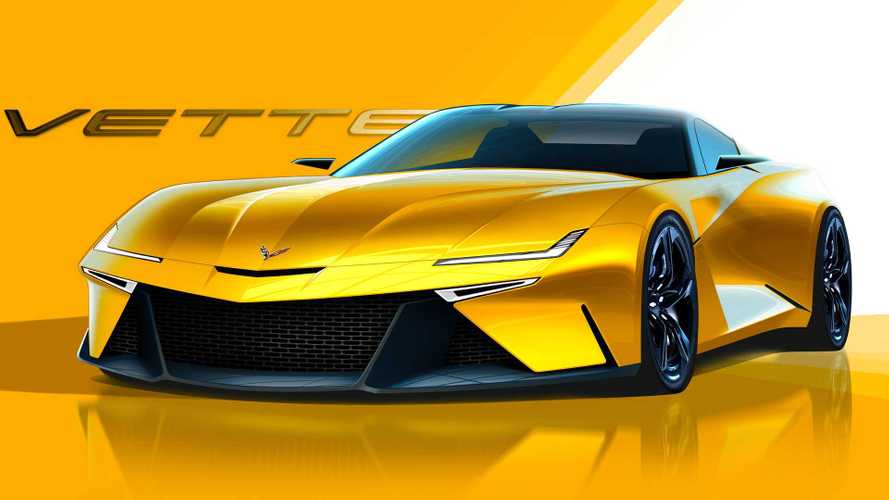 Will the C9 even have a gas engine?

The 2020 Chevy Corvette C8 debuted almost a year ago to tremendous fanfare. Production ramped up in early February after a delay, and many customers now have the new car in their driveways. Chevrolet moved the engine from the front to the back for the first time after decades of false starts, teases, and rumors. It’s too early to tell if customers warm to the new layout, and far too early to speculate about the C9, but what if Chevy flipped the design again, moving the engine back to the front – what would it look like? New renderings from Pedro Ruperto Mallosto on Behance.net provide a glimpse.

While the Corvette’s return to a front-engine layout for the next generation is unlikely, it doesn’t make imagining the possibilities any less exciting. The renderings show yet another evolution of the car’s angular design that the automaker introduced with the C7. Here, it’s much more refined than that, and looks much more like the classic Corvette millions have known for over half a century. The greenhouse is iconic, especially as it tapers in the bumper, reminiscent of the C6.

Watch This Car Designer Stretch The 2020 Corvette Into An SUV

The pointed front end is like that of the Toyota Supra and makes it look a tad long ahead of the wheels, which features a prominent chin spoiler and aggressive lower fascia. The rear borrows a lot from the C7 with the oblong taillights and rear bumper vent design. The center-exit quad-exhaust is back, too.

Imagining the next generation of a new model isn’t easy. We don’t know when the C9 will arrive. Chevy has a ton of C8 variants to deliver first, and by the time we reach the next-gen Corvette, the automotive landscape could be radically different. General Motors has said it’s all-in on fully electric vehicles, and that includes the Corvette. A next-gen, front-engine Corvette sounds exciting, but what would an all-electric Corvette look like if the design never had to accommodate a gasoline engine?