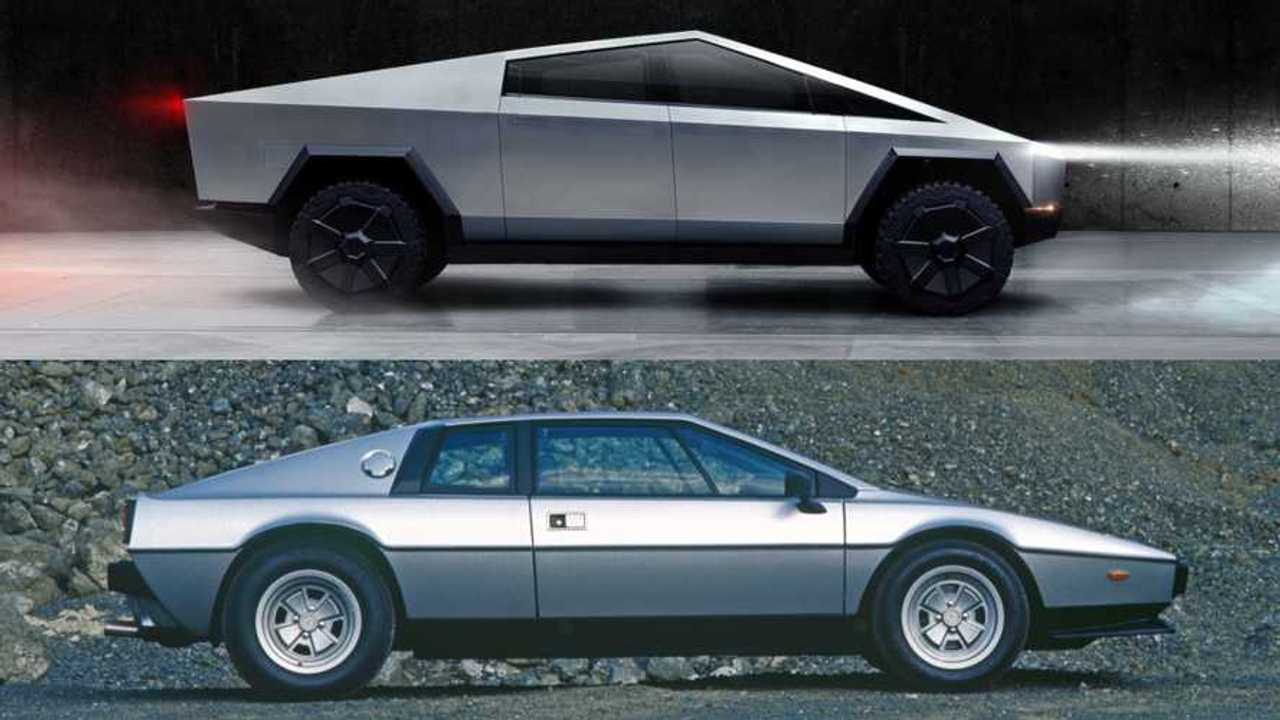 Can you see the resemblances?

The wedge era came into fashion towards the end of the 1960s and one of the first cars to start the trend was the Alfa Romeo Carabo concept, although many consider the DAF 55 Siluro to be the ancestor of the wedge car. Italdesign represented a pillar of this design trend with a multitude of cars introduced during the 70s and 80s, with relevant examples being the Maserati Boomerang and the iconic BMW M1.

We’ve intentionally left out the Lotus Esprit and DeLorean DMC-12 because these two are featured in a small gallery attached to a Facebook post published today by Italdesign’s social media team, with the following text: “Icons never stop inspiring. Did you happen to notice any trace of their heritage these days?” It’s a not-so-subtle reference to Tesla’s new Cybertruck and its polarizing wedge shape, suggesting the company’s head designer, Franz von Holzhausen, was inspired by cars driven by James Bond and Emmett Lathrop "Doc" Brown when drawing the sharp lines of the electric truck.

With the models penned by Italdesign developed to be small sports cars (DMC-12 not so much, though) and Tesla’s being a large double cab pickup, there are obviously many differences between them. While the wedge theme is easily noticeable in the electric workhorse, it doesn’t necessarily mean the Cybertruck takes after those two cars or current wedge creations such as the Lamborghini Huracan and the Acura NSX.

Wedge From The Past:

Taking inspiration from the past to come out with a design suitable for current styling trends is not something new, although the Cybertruck doesn’t look like any other truck on sale today or any other type of vehicle for that matter. It’ll be interesting to see whether Tesla or its head honcho Elon Musk will issue a response to Italdesign’s allusion in the days to come. We’ll keep an eye out for any possible replies.