1959 Cadillac Roadster DeVille Rendering Never Existed But Should Have

It's a mash-up of Corvette and Cadillac.

The Cadillac lineup has generally lacked a two-seat roadster offering for much of the brand's modern history, other than some variants in the company's early days, the Allante, and XLR. Now, Abimelec Design an alternate history for General Motors' luxury nameplate by rendering the look for a sporty two-seater from the late 1950s.

The idea is similar to the XLR from the 2000s by taking the bones from the contemporary Chevrolet Corvette and apply Cadillac luxury over the top. Specifically, Abimelec Design uses the 1959 Corvette and 1959 Caddy DeVille as the components for this vehicle rendering. You can take a look at each of these models below to get a better idea of what the artist is starting from.

This fictional DeVille Roaster uses the Corvette at the primary contributor to its shape. While both vehicles have a pair of headlights on each side of the front end, the 'Vette puts them on top of the hood, rather than incorporating them into the grille like on the Caddy. The design for the real-world DeVille's large, chrome grille shows up on this rendering, though.

At the back, the '59 DeVille features a massive set of tailfins, and there are also a much smaller pair on the Corvette. This rendering opts for a compromise by giving the fictional roadster prominent fins but not nearly as big as the real-world Cadillac. 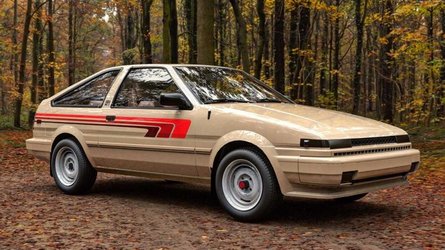 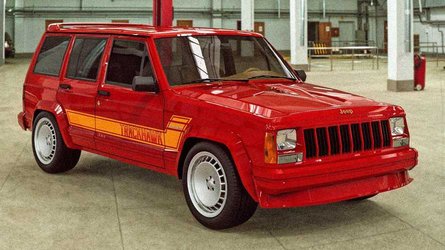 If this roadster actually existed, power wouldn't be a concern. The '59 DeVille packed a 6.4-liter V8 with a factory rating of 325 horsepower (242 kilowatts). The Corvette at this time had a 4.6-liter V8 making as much as 290 hp (216 kW) with the optional fuel-injection system. Although these images show a carburetor, so the max output for this setup at the time was 270 hp (201 kW).

It would have been cool for Cadillac to offer something like this DeVille Roadster in the late 1950s. However, such a sporty machine wouldn't have fit with the brand's focus on luxury at the time.