AIG Auto Insurance Review: Who Should Get It? 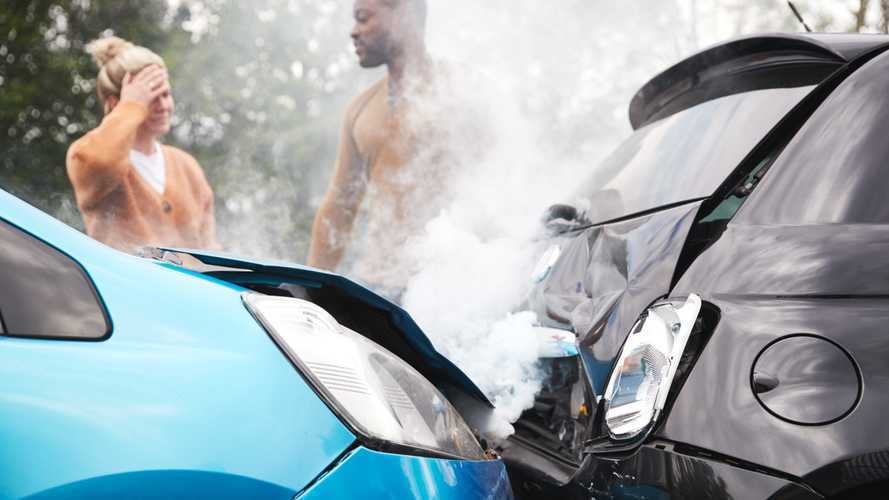 If you’re looking to insure that new Porsche you just got, AIG auto insurance has your back.

The American International Group (AIG) has different coverage today than it did a few years ago. In the past, AIG auto insurance was available to most drivers, just like Progressive or Geico. A few years ago, Farmers bought out AIG’s car insurance divisions – except for the Private Client Group. Now, AIG is mainly for people with luxury cars and multiple vehicles.

In this article, we will take a look at AIG’s reputation, coverage, quotes and claims processes, and customer reviews. Then, we will see how AIG auto insurance stands up to some of the industry’s best auto insurance companies.

AIG At A Glance

The American International Group (AIG) is one of the world’s largest insurance and finance companies. AIG does business through a number of subsidiaries, including:

According to the National Association of Insurance Commissioners, AIG was the 11th largest property and casualty insurance company in the United States in 2018. However, AIG auto insurance accounted for only a small portion of the company’s written premiums – about $250 million. In contrast, Geico wrote about $33 billion in premiums that year.

The bulk of AIG’s policies are for other types of general insurance, commercial insurance, workers’ compensation, medical insurance, and industrial products. AIG also insures a large portion of Fortune 400 individuals, which we’ll talk about in a moment.

Is AIG Direct The Same As AIG?

AIG Direct is not the same as AIG. AIG Direct used to be a subsidiary of AIG that handled some of the company’s personal auto policies. In 2009, Farmers Insurance purchased AIG’s Personal Auto Group, which included AIG Direct and 21st Century. Today, you can still purchase life insurance policies through AIG Direct, but you can’t get AIG auto insurance through the company.

Yes and no. AIG offers health insurance products for companies, so you may have an AIG health plan if your employer uses AIG. However, AIG doesn’t offer health insurance directly to consumers.

As we mentioned above, Farmers purchased AIG’s personal auto companies in 2009. However, AIG still retained control of its Private Client Group (PCG) division. The Private Client Group is focused on providing insurance for high net worth individuals (HNWIs). These clients tend to have multiple homes and vehicles spread across different countries.

With AIG car insurance, you can get the standard coverage options listed below. Some of these may be required by the state in which you live.

How To Get An AIG Auto Insurance Quote

Getting a quote for an AIG policy isn’t as easy as getting one for a Progressive car insurance's policy. You can start the process by filling out a form and requesting an auto and home review, but you won’t get a firm price until you talk with a representative. However, that might be a good thing since each driver’s situation is unique.

If you want to work with a broker, you can search for AIG auto insurance brokers in your area and contact one of them. The advantage to this is that you get to sit down with an agent and put together a custom policy.

To see how a quote from AIG compare to other insurance companies, use this tool:

Filing A Claim With AIG

AIG car insurance policyholders can file a claim through their assigned insurance advisor. AIG also provides a 24/7 phone number for immediate assistance on its website, plus another phone number for U.S. residents who are traveling abroad.

The company’s private insurance operation is too small to be counted on surveys from J.D. Power. However, since the plans are geared toward HNWIs, you can expect that the company offers strong customer service during the claims process.

From a client’s perspective, AIG has a lot to offer. When you own a luxury car, you don’t want the cheapest coverage – you want the best coverage. High limits, worldwide coverage, and agreed-value are a few extra perks that come with AIG’s coverage. Since you’re paying for luxury insurance, you also get a few extra perks in the customer service department.

The company’s website lists some real-life customer service scenarios. In one case, a client’s SUV got stuck in a crevasse and was inaccessible to tow trucks. AIG dispatched a helicopter to the area to lift the vehicle, solving the problem. In another case, a client’s limited-edition Ferrari Enzo was almost totaled. Since the car was rare, the client asked AIG to have it repaired instead of taking a settlement. However, the only qualified technicians were located at Ferrari in Italy. So, AIG shipped the car to Italy for the work, and the company even flew its owner to Italy twice to see the progress.

Unfortunately, since AIG doesn’t insure a large number of drivers, there aren’t many first-hand reviews online. The company’s Better Business Bureau (BBB) page shows a rating of A-, but the few reviews on the page are about AIG’s life insurance, travel insurance, or investment products. Looking at other sources online, AIG tends to get average reviews.

Our Verdict On AIG Auto Insurance

If you’re a jet setter with multiple properties worldwide, or if you have a collection of luxury vehicles, AIG car insurance could be a good option for you. The company has connections around the world and can provide global coverage. However, if you’re just looking to insure your daily driver, there are better places to shop. This tool can help you decide where to look:

We’ve researched a number of the top car insurance companies around and ranked them on things like customer service, cost, availability, and coverage options. Progressive and Geico ranked high on our list, and many drivers find great rates with both companies.

If you’re a good driver, Progressive car insurance should definitely be on your insurance shopping list. Progressive’s Snapshot program tracks your driving – through a mobile app or plug-in device – and sets your rates based on the data it collects. It can be a great way for someone with a recent accident to get better rates, since the program gives a discount based on your current driving habits, not your driving record.

That being said, if you aren’t a good driver, you might not get a discount. You might even see your rates go up. Regardless, Progressive tends to be an affordable option for many drivers. Progressive also offers classic car insurance through Hagerty, which covers exotic and luxury vehicles. Classic car insurance plans can come with agreed-value reimbursement and coverage for OEM parts.

Geico also performed very well on our ranking of car insurance companies. Geico auto insurance is the second largest auto insurer in the U.S. and has a financial strength rating of A++. While Geico doesn’t have the global coverage options that AIG auto insurance does, it also has a strong classic and luxury car policy option. This time, the coverage is provided through Assurant or American Modern.

In many states, Geico comes out as the cheapest option. New customers save about $500 on average, according to the company. Geico also performed better than Progressive on J.D. Power’s 2019 U.S. Auto Claims Satisfaction Study, scoring 879 out of a possible 1,000. Geico’s discounts include savings for good students, military members, and federal employees.

Our Review Of Acceptance Auto Insurance

The Best Way To Shop For Car Insurance In 2020

Our Review Of State Auto Insurance

What To Expect From Preferred Auto Insurance Company

Should You Buy PEMCO Auto Insurance?

Read our other insurance articles: