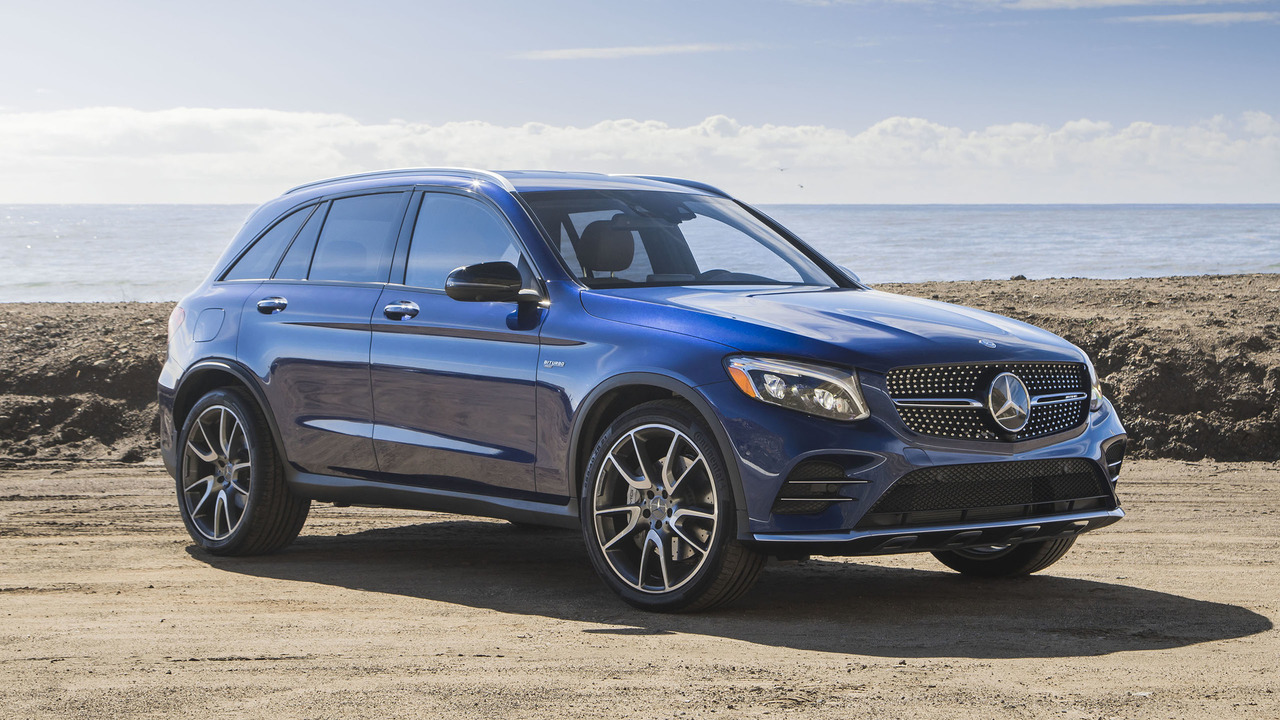 If I had to drive a crossover every day, the GLC43’s blend of sportiness and design would win me over.

The heaviest rainstorms in months have drenched this city so thoroughly that the roads outside the airport are flooded with a few inches of standing water. Suddenly driving a crossover, with 6.7 inches of ground clearance and an air suspension that can rise at the touch of a button, makes a lot of sense, even in the city.

The crossover in question is the 2017 Mercedes-AMG GLC43, and like all of the company’s new “43” models, it’s more than just a tape-and-stripe approach to sportiness. AMG technicians may not hand-build the 43 cars’ engines, like they do with cars badged 45, 63, and 65, but each model still gets serious performance, handling, and braking upgrades over the equivalent base vehicle. For the GLC43, that results in a crossover that’s sporty enough to get the juices flowing on a mountain road, without sacrificing much in the way of everyday livability.

An effortlessly powerful engine. So much grunt is available all the time from this biturbocharged V6 engine that you’d think its ratings, 362 horsepower and 384 pound-feet, are conservative. The engine is well-matched to the GLC’s size and weight, providing slingshot leaps forward anytime you dig into the throttle. Just be sure to tug the upshift paddle earlier than you expect if you put the nine-speed automatic in manual mode, as the soft rev limiter kicks in ever so slightly before the tach needle reaches its redline.

It’s impressive when the road turns into a squiggle. I didn’t really try to keep up with the Subaru WRX STI tearing up Angeles Crest Highway, the switchback-ridden mountain pass northeast of Los Angeles, but the GLC43 sure put up a good fight. It’s not just the standard air suspension and retuned steering that set this apart from a regular GLC crossover. AMG also redesigned the car’s steering knuckles and other key suspension pieces. The result is unflappable precision, and a crossover that goes exactly where you point it. It doesn’t hurt, of course, that the GLC43 rides on much wider tires than lesser versions: 245/45R20 in front, 285/40R20 in back.

Looks the part. The GLC43’s go-fast styling begins with a slightly lower ride height for the air suspension, and continues with new bodywork bits like a revised front fascia with big air intakes, a new grille design, and standard 20-inch, AMG-specific wheels. Now go around to the back and check out that super-wide stance, courtesy of wider rear wheels with a higher offset than the GLC300, as well as slightly widened plastic fender linings. It looks equally mean and sexy hustling down PCH or standing still in Los Angeles traffic.

Gorgeous interior. The GLC’s interior is lifted pretty much directly from the C-Class range, and that’s a good thing. The design, materials, and fit-and-finish are all beyond reproach here, even if I still find the tacked-on-iPad infotainment screen design a bit of an eyesore. Despite the myriad electronics and settings on board, Mercedes does a great job of simplifying the secondary controls to a few small buttons or sticking them into the infotainment system. That the cabin is dressed up with bits like a flat-bottom steering wheel, red stitching, and a checkered-flag instrument background only sweetens the deal.

Droning engine. The biturbo V6 sounds great under load at full attack, snarling and purring out of its parallelogram-shaped exhausts. Around town, though, it drones dully. Even with everything dialed back to Comfort mode, the GLC43 never gets too quiet. That would be fine it it made a pleasant sound in city driving, but it can be tiring when the exhaust won’t shut up.

Nor does the ride get all that cushy. Some of the blame goes, no doubt, to my test car’s optional 21-inch wheels, but the GLC43 rides very stiffly even in its most comfort-focused suspension setting. On imperfect roads around Los Angeles, there’s plenty of jostle and head-toss.