Off-road enthusiasts will be happy to hear the kit also includes a suspension lift.

Following a series of rather cryptic teasers, Jeep is finally deciphering the mystery by unveiling a hardcore version of the Wrangler developed for off-road enthusiasts. A direct answer to Ford's reborn Bronco, which is finally heading to customers, the optional Xtreme Recon Package elevates the 4x4's capabilities courtesy of 35-inch tires straight from the factory for the first time.

The rubber in question is a BF Goodrich KO2 All-Terrain tire (LT315/70R17C) and comes along with a 1.5-inch suspension lift featuring bespoke tuning for the shocks to accommodate the new tires. Fitted with the Xtreme Recon Package, the Wrangler rides on 17x8-inch beadlock wheels and features a 4.56:1 axle ratio. Jeep says these upgrades have been developed after asking customers what they want and also by observing what aftermarket tweaks they typically install.

With the newly gained kit, Jeep says it has given the Wrangler segment-leading approach and departure angles, not to mention best-in-class ground clearance and water fording capabilities. Here's how the numbers stack up against the four-door Bronco with the Sasquatch Package:

Jeep is already taking orders for the Xtreme Recon Package, which can only be had with the four-door Wrangler Rubicon and the V8-powered Rubicon 392. Production is slated to commence in August, with pricing to be announced in due course. Meanwhile, the public debut will take place at the Chicago Auto Show on July 14. Yes, auto shows are finally coming back.

In related news, the Wrangler Rubicon gets a new optional 4.88:1 axle ratio, and when paired with the six-speed manual gearbox, it gives the off-roader a best-in-class 100:1 crawl ratio. Customers will be able to order the vehicle with the new axle ratio later this year.

The Many Facets Of The Wrangler: 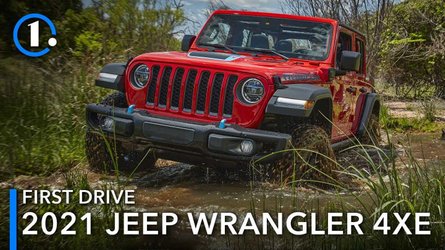 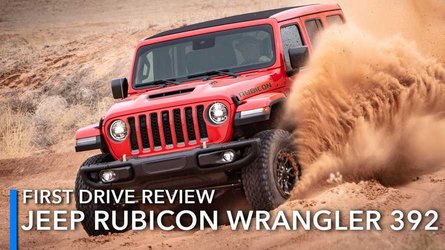 The updated Wrangler won't be the only novelty in the Windy City as Jeep will also show off the 2022 Compass, which was revealed in China back in November 2020 before arriving in Europe a couple of months ago.

As a final note, hardcore off-road fans looking for even chunkier factory-fitted tires will have to wait for the Bronco Raptor (previously known as Warthog), which Ford has already teased with 37-inch rubber.