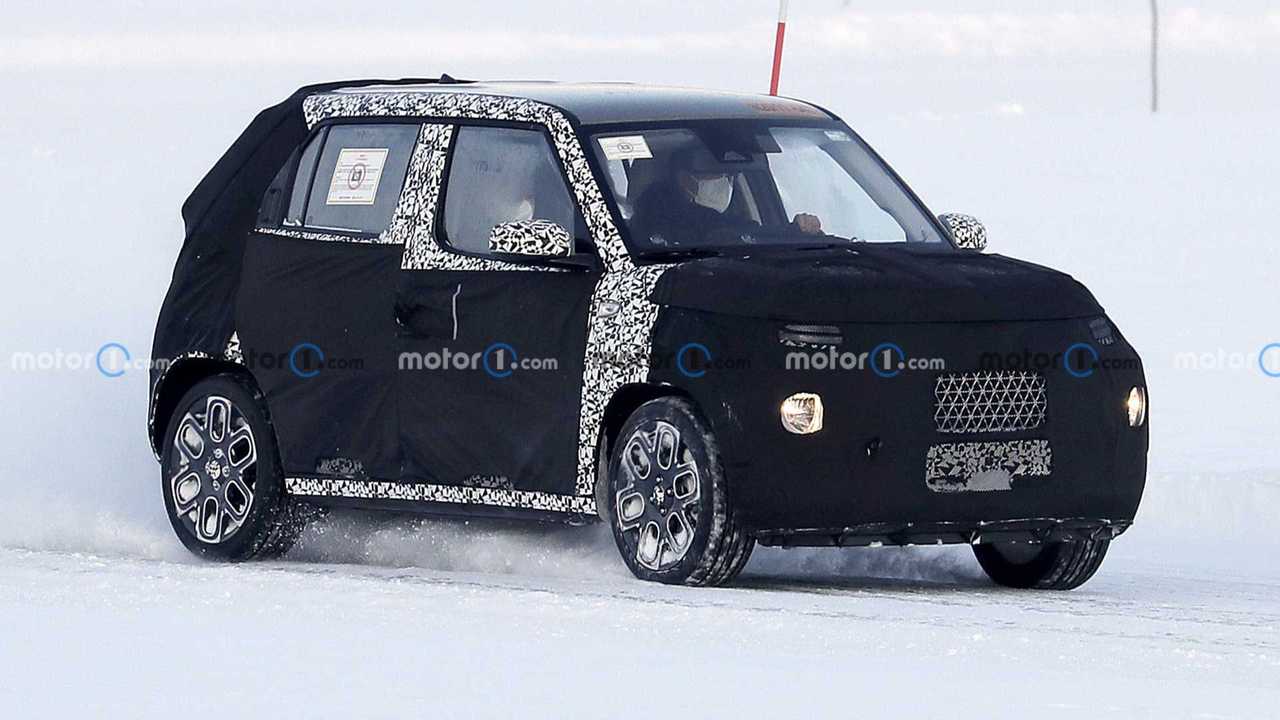 It seems that Hyundai is not done with the expansion of its crossover lineup yet. The South Korean manufacturer has a bazillion high-riding models in its global portfolio but a new batch of spy photos suggests it wants to go below the Bayon and Venue. Meet the tiniest crossover to wear the Hyundai badge.

We don’t know its actual name but so far it’s known as the AX1 which is its internal designation. It was currently snapped by our spy photographers undergoing cold winter tests and it’s probably fair to say not everything went as planned. If you scroll through the gallery, you’ll see the camouflaged prototype losing control in the snow and getting stuck. Not a pleasant situation for what is supposed to be slightly more capable lifted hatchback but it doesn’t look very dramatic.

This may be our first sighting of the AX1 but the mini crossover seems to be in the advanced stages of development. Our photographers on site told us the test car was equipped with production body panels despite the heavy camouflage and it seems that the black fabric disguise was also hiding production headlights and taillights.

At this point, we don’t know whether it is going to be a global model or it’ll be sold mainly in Asia. We heard power will come from Hyundai’s 1.0-liter turbocharged engine though, mated to either a five-speed manual gearbox or an automatic transmission. Interestingly, the prototype had disc brakes on all four corners which is something unusual for a car this size.

Given what we see in the spy photos, the final production version of the AX1 crossover doesn’t seem too far away from its official debut. We don’t have an exact launch date yet but we expect to learn more in the coming weeks so stay tuned.