It’s been a very long time coming, but eight months after the reveal and well over two years since Ford’s official word it was coming, we finally have a full 2020 Shelby GT500 configurator for options and pricing on the storied muscle machine. And as previously reported, it can get very expensive – $107,080 with all the option boxes checked. That price does include destination charges, but still, a six-figure Mustang might be a hard pill for enthusiasts to swallow. Before deciding one way or another, take a look at what that cash will get you. 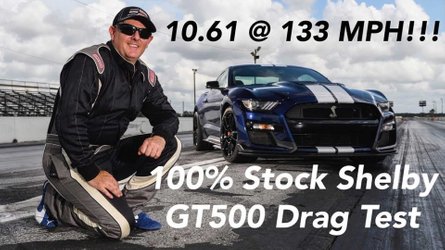 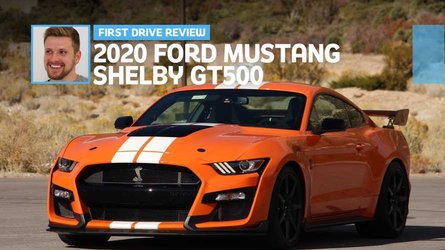 The base model GT500 starts life at $73,995 including destination. From there, a coat of Twister Orange adds $495 and the black roof costs $695 on top of that. The shocker is the over-the-top racing stripe, which demands no less than $10,000 if you want it painted onto the car. Vinyl stripes are just a tenth of that cost at $1,000.

The next big expense is the Carbon Fiber Track Pack for $18,500. For that not insignificant sum you get the big carbon fiber wing and splitter wickers for aero improvements, the exposed carbon fiber 20-inch wheels, adjustable strut top mounts, a carbon fiber instrument panel, Recaro seats, and the sticky Michelin tires. Additionaly, what you don’t get is the rear seat, which is removed because racecar.

Moving inside, the $3,000 Technology Package gives you the banging B&O sound system, heated mirrors, navigation controlled via voice or touchscreen, and oddly enough, blind-spot monitoring with cross traffic alert. It seems such a safety system would be standard on a $74,000 Mustang, but that’s a story for another time. Beyond that, the only other price-adding option is a $395 Shelby car cover.

The Carbon Fiber Track Package and Technology Package offer just a few stand-alone options you can get should you not want either group, and the base GT500 already is well-equipped with features like the cool active exhaust system, dual-zone climate control, leather/Alcantara trim, and Ford’s Sync 3 system. So to revisit our question from earlier, are all the options worth the $107,080 Ford seeks for a fully-loaded GT500?

The powertrain is unchanged, so regardless of the packages you’ll get the 5.2-liter supercharged V8 producing 760 horsepower (567 kilowatts), shifted by a seven-speed dual-clutch transmission. The suspension is also the same, though the track package does offer the adjustable strut top mounts in addition to the aero trickery.