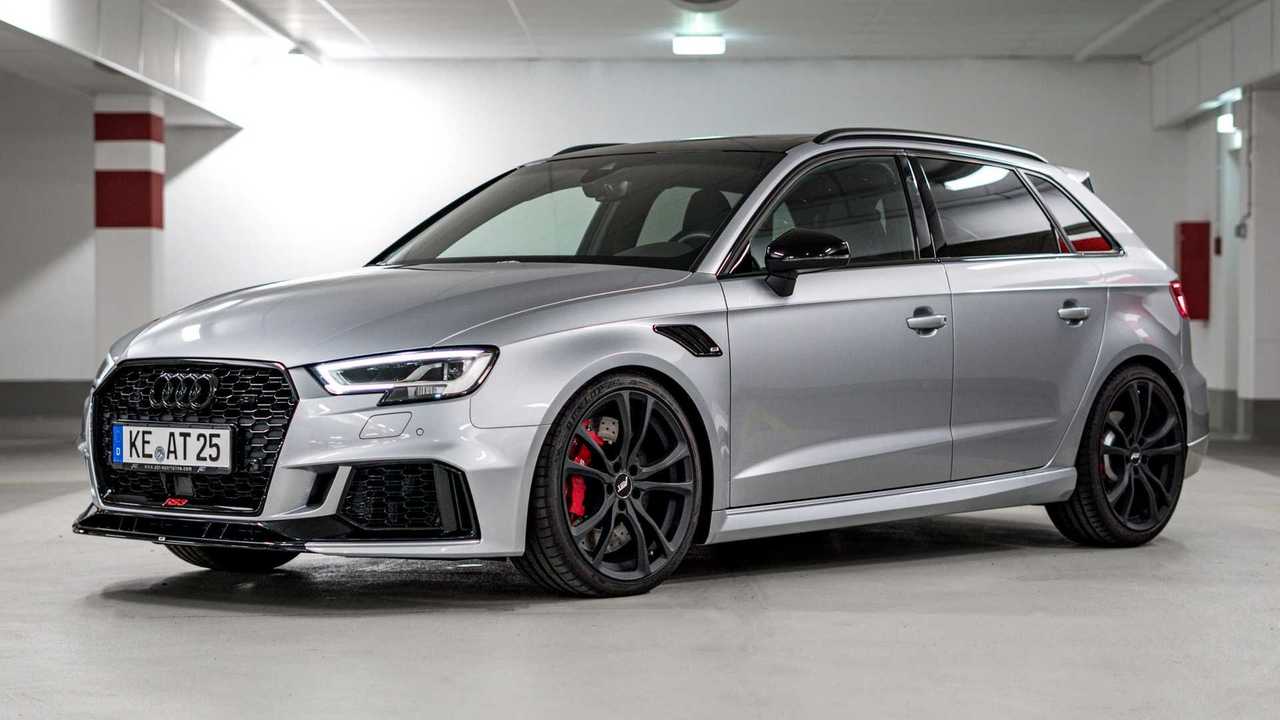 Because you need a 177-mph compact hatchback in your life.

As Mercedes-AMG has demonstrated with the new A45, the horsepower wars are far from being over. You can now get a four-banger compact hatchback with as much as 416 hp straight from the factory, with the A45 S having more power than the five-cylinder RS3 Sportback. Will Audi decide to extract more muscle from its 2.5-liter inline-five for the next installment of its compact hot hatch? Time will tell, but in the meantime, ABT has dialed up the outgoing RS3.

Equipped with the ABT Power S pack, you’re looking at a Sportback with 464 hp and 540 Newton-meters (398 pound-feet) of torque. In other words, the TFSI unit has been massaged to deliver an additional 70 horses and 60 Nm (44 lb-ft). The German tuner doesn’t specify how many tenths of a second the power bump has shaved off from the 0 to 62 mph (100 kph) sprint, but the task is likely completed under four seconds seeing as how a stock RS3 Sportback needs 4.1s to get the job done.

There’s more to the Sportback than its newly gained muscle as the reputable aftermarket specialist has also replaced the stock wheels with its own 19-inch alloys finished in matte black. Should you want even bigger wheels than the ones featured here, there’s a 20-inch set for those who like to stand out. The tuner is also offering a series of other upgrades, including a coilover suspension (like the pictured car has), beefier brakes, an anti-roll bar kit, and various tweaks for the cabin.

See Other Recent ABT Projects:

Lamborghini Urus Gets 700 HP From ABT For Supercar Acceleration

ABT RS-5R Sportback Powers Into Europe With Serious Upgrades
++