Hyundai i20 N Spied For The First Time 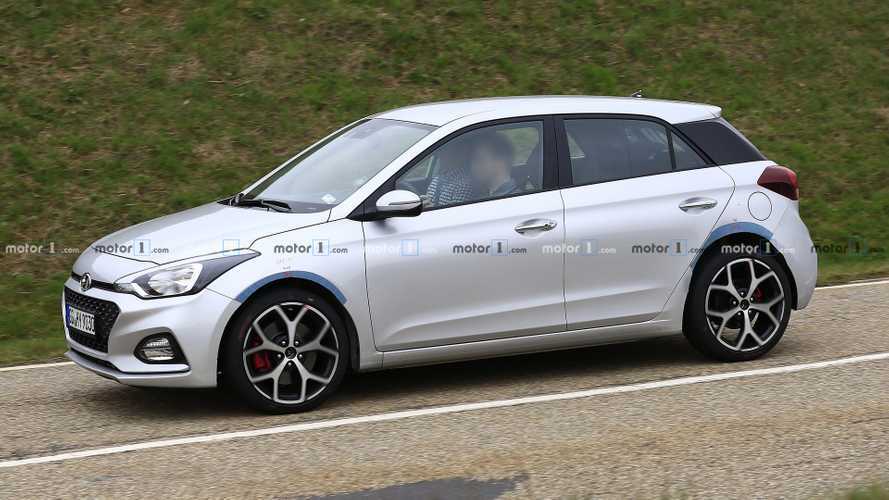 Watch out, Polo GTI and Fiesta ST. Hyundai wants a piece of the hot hatch action.

After years of rumors and speculations, we can now finally confirm Hyundai is developing a fully fledged N version of the i20. While the adjacent spy shots might not be all that exciting since they’re showing an early test mule, there are some key changes compared to the regular version of the subcompact hatchback. Based on the facelift introduced over a year ago, the supermini was seen on its home turf at the Nürburgring where Hyundai’s go-faster N division has its European technical center.

So, what makes this mule different than the regular i20? For starters, look at the back of the car where the bumper has a rudimentary cutout to fit two exhaust tips. The side profile reveals the B-segment hatch was riding low to the ground thanks to what must’ve been a stiffer suspension setup. The wheels look larger than what we’re used to seeing on the five-door hatch, and the brakes hiding behind them might be a tad bigger as well.

The slightly chunkier wheel arches at both front and rear axles could be a sign Hyundai will be extending the tracks of the i20 for the performance version. The front fascia has been virtually carried over from the standard car, but rest assured there will be some changes on the production model as we’re expecting a meaner appearance.

As to what will power Hyundai’s answer to the Volkswagen Polo GTI and the Ford Fiesta ST, one plausible scenario is a turbocharged 1.6-liter four-cylinder engine. The T-GDI engine is good for 174 horsepower in models such as the Kona and Tucson, but the engineers might massage the engine to extract somewhere in the region of 200 hp. It shouldn’t be all that difficult considering the Kia Ceed GT uses the same engine tuned to 201 hp.

It is believed the wraps will come off early next year, and we can’t help but wonder whether it will have a short life cycle considering the regular model was facelifted in April 2018. There’s also the possibility of seeing the N version based on the third-generation i20, which likely isn’t too far away given today’s shorter lifespans of production cars. The current car has been around since 2014, so it will likely be replaced by the next generation around 2021. With this test vehicle only being a mule suggesting a reveal won’t be happening anytime soon, the i20 N might indeed be based on the supermini’s next installment.