There's a lot more to this A4 than its engine transplant, including a carbon fiber widebody kit.

We’ve been sharing a great deal of interesting tuning projects as of late, but they’re beginning to pale in comparison with this masterpiece. It started out in life as a rather mundane 2008 Audi A4 of the B8 generation with a front-wheel-drive layout, a 2.0-liter diesel engine, and a manual gearbox. It’s obviously still a sedan originally built 10 years ago, but almost everything else has been modified.

Where should we start? Well, the oh-so-popular TDI has been dropped to make room in the engine bay for Audi’s glorious 4.2-liter V8 playing its naturally aspirated tune through an Armytrix exhaust system. The FSI unit pumps out 380 horsepower and 460 Newton-meters (339 pound-feet) of torque – enough for a sprint to 62 mph (100 kph) in 5.5 seconds as tested using Racelogic data logging system. 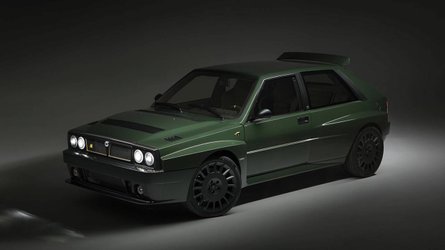 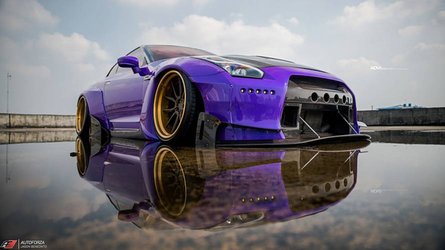 This Could Be The Most Ludicrous Nissan GT-R Out There

The engine swap came along with a switch from FWD to a grippy Quattro setup while the manual was ditched for an automatic. Other changes included borrowing the brakes from the TT RS, installing center-lock wheels with Michelin Pilot Sport 4 S tires, and mounting a carbon fiber widebody kit with beefy front canards and a prominent rear spoiler lip. To top it all off, the heavily modified A4 gained a DTM-style livery derived from the RS3 LMS and a custom suspension adjustable in height and stiffness.

While the dashboard design is still a reminder we’re dealing with a car that was built a decade ago, the cabin has also been thoroughly refreshed and now has a lovely combo of carbon fiber and Alcantara as well as a pair of body-hugging front seats. The fully customized interior uses bits and pieces from the S4 to nicely round off the package.

One can easily imagine a lot of work, time, money was invested into this project to create a truly one-of-a-kind car, and regardless which car brands you prefer, we should all appreciate this automotive gem.