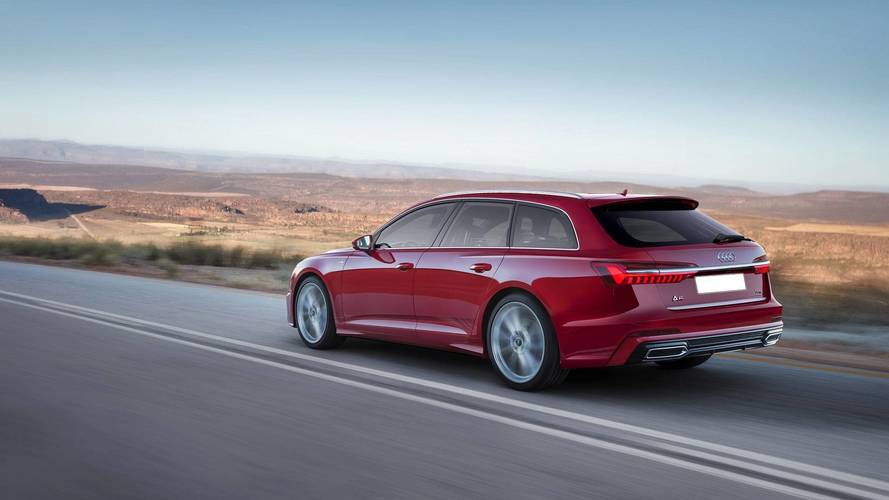 They all look gorgeous.

The new Audi A6 is here and it’s stunning. Yes, design-wise, it’s not a drastic departure from its predecessor, but the thoroughly evolved lines put the sedan more on par with the German company’s latest luxury models, the beautiful A7 and A8.

So far, we’ve only seen the traditional A6 sedan, but it will eventually be joined by a more practical Avant version. It’s actually one of the most popular cars in Germany, and a number of new renderings show what it might look like. Next to it, on the right (below), is the rugged A6 Allroad version with AWD system and raised ground clearance.

If these virtual drawings are anything to go by, we’ll be dealing with a very stylish wagon with a lot of interior space and a massive trunk. Our favorite design element is probably the large rear diffuser of the non-Allroad variant with its two integrated exhausts.

So, here we have the regular long roof and the rugged version – what’s missing? The mighty RS6, of course. We don’t expect to see it until 2019, but fortunately there’s already a set of fresh renderings previewing it in three body colors. It’s aggressive, it’s sleek, and it looks like it's going a hundred when it's standing still. This is everything we love about the RS6.

Unfortunately, we know pretty much nothing about the next-generation RS6, except for the fact that it will be based on the MLB Evo platform, which, naturally, also underpins the regular sedan and the upcoming wagon. Currently, the “standard” RS6 packs 605 horsepower (451 kilowatts) under the hood, but the Performance Nogaro Edition is even more powerful at 695 hp (519 kW). The powertrain of the new RS6 remains a mystery, but we can make an educated guess – it’s going to be turbocharged and to generate about 650 hp (485 kW).

Source: Kleber Silva (A6 Avant and A6 Allroad), SPdesignsest (RS6)