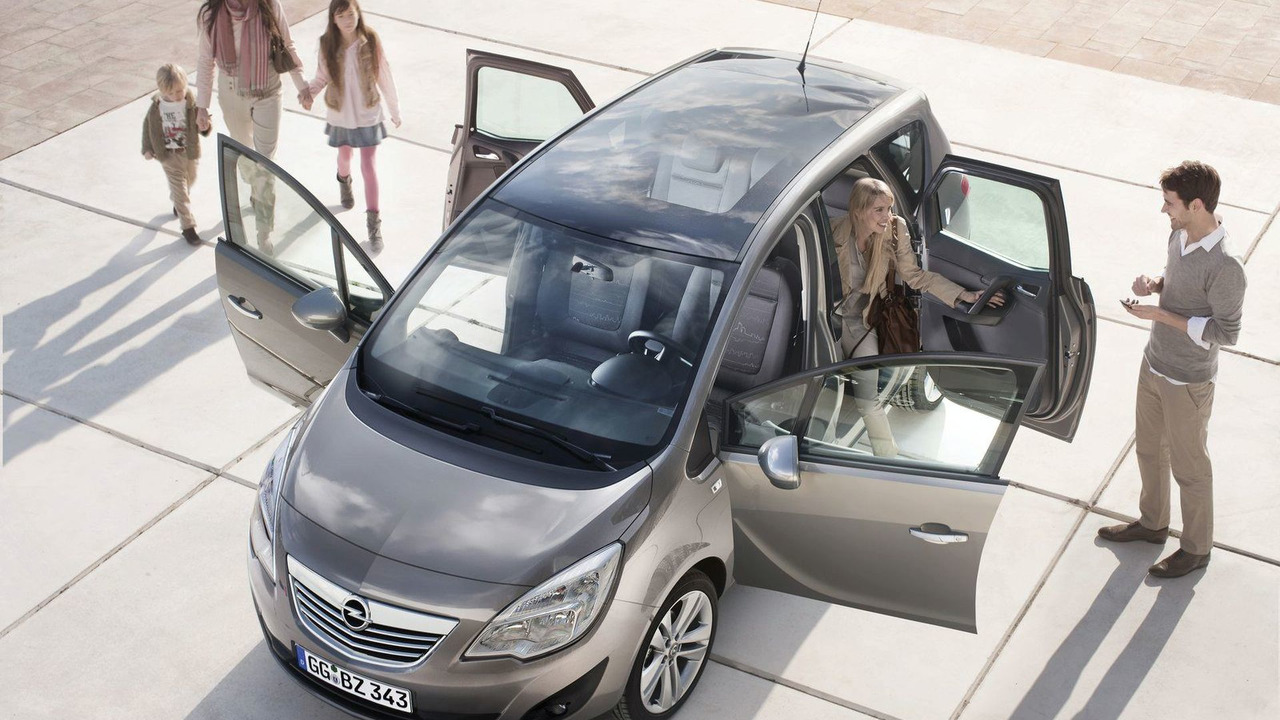 Watch the video as the new Opel/ Vauxhall Meriva flexes its doors for the Geneva audience.

The new Opel/ Vauxhall Meriva has shown off its FlexDoor system to the public at Geneva. The second-generation Meriva is said to be packed with innovative features meant to optimise the use of space.

Its FlexDoor system uses independent rear-hinged doors which open up to 84 degrees wide to facilitate cabin access. Unlike some similar systems, the Meriva's B-pillar is conventional, which means the rear doors don't depend on the front ones to open. It might be common in high-end cars but it is quite rare with mass-market models.

Interior storage space has been increased as well and can take up a number of everyday items with ease.