From The Zonda To The Huayra, The Pagani Art Of Timeless Cars

We visited the atelier of San Cesario sul Panaro, where some of the most incredible supercars in the world are born, each one handmade.

Our journey through the "enchanted" valley of engines had started in Modena, with a visit to the Maserati factory in Via Ciro Menotti, which recently saw the last GranTurismo produced leave the line.

This time we moved about 20 kilometers further south, towards San Cesario sul Panaro, a small town of 6,000 souls that is home to one of the most revered names of the automotive Olympus. Here, we not only had the chance to see more closely the process that gave birth to Zonda, first, and then Huayra, but also to talk to Horacio Pagani, the founder of the company who, after 20 years, is preparing for an important revolution.

In the right place at the right time, one might say, since the manufacturer's debut with the Zonda took place in 1999 at the Geneva Motor Show. The supercar, powered by the aspirated V12, could not have aged better and, on the contrary, today it is younger than ever, as customers continue to demand it in the various special versions, seen in recent years, which have prompted the manufacturer to continuously update it.

Particular, and almost comic, is the meeting of Pagani with Dieter Zetsche, for the supply of the V12 engines: "he was an engineer in Mercedes-Benz, and when I showed him the rendering, the photos of the Zonda model, he said it was a timeless car.

"I then told him it was better that way, because at the time I was out of money and it would take me a long time to make the car." It actually took six years, from there to the presentation at the Geneva Motor Show.

"Today's customers, at least Pagani customers, are extremely demanding. A machine is made of ten thousand components, considering the engine a unique piece and each of these components has a study behind it that, however, tries to be something that generates emotions, even a suspension arm, which is a purely technical component, for us it is an object that must transmit something to you, that must give you an emotion."

Pagani Looks To The Future: 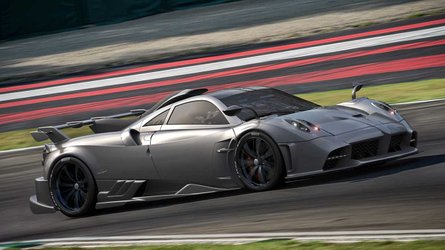 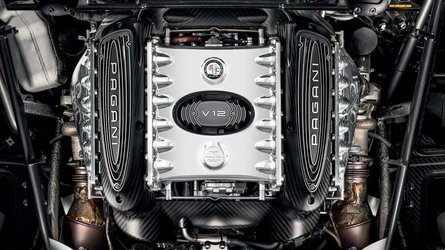 Pagani To Use Updated AMG Twin-Turbo V12 Engine Until 2026

The most interesting thing about the zero-emission supercar is that, so far, not even one dealer has ever asked for an electric or hybrid car. The project of the C10, however, the car that will follow the Zonda, will be completed in 2022 and will bring on the road the new Pagani V12 engine, which will comply until 2025 or 2026 with the strictest regulations, including the Californian one.

"In 2024, we will launch a version of this full-electric C10. It's a project we've been working on for a year and a half and we believe in it. The fact that nobody asked us, makes it much more interesting, much more challenging, okay?"

By: Andrea Farina
Published by: Anthony Alaniz
++
++
Got a tip for us? Email: tips@motor1.com